Life and Transport in Cairo, Egypt 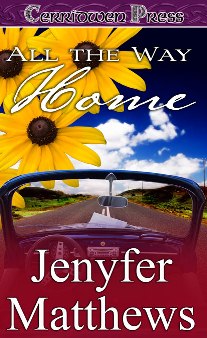 My guest today is Jenyfer Matthews who writes for Cerridwen Press. Her recent release, All The Way Home recently received a Golden Blush recommended read from Literary Nymph Reviews. The reviewer said, “In my opinion, a book as beautifully written, heartfelt and sweet as All the Way Home truly deserves the Golden Blush Recommended Read award. It just makes you hope that Ms. Matthews keeps writing with the tenderness, understanding, and compassion that she showed here. Brilliant!”

Today Jenyfer is talking about life in Cairo, Egypt and in particular transport.

I was at a school function the other day when one of the moms asked me how I was settling in to Cairo. Considering that we’ve been here for nearly two years now, I was a little confused by her question.

Her: Have you gotten your car situation sorted out yet?

Ahh…so that was it. I nodded. Sure we had. We’re not getting one.

I met a Dutch woman about a year ago who was equally shocked when I told her we didn’t have a car. She’d never met an American who didn’t have a car. And not just a car, but a big SUV. I might as well have been some sort of exotic bird the way she looked at me.

I realize that it’s practically un-American to not own a car. And I do miss having a car sometimes. I love driving and particularly miss listening to music as I go about my business. I normally know what kind of car my characters drive even if the car doesn’t ever appear in the story (though the car was a big part of my most current release ALL THE WAY HOME and is even on the cover!) I can and have gotten quite attached to my cars. But my husband and I decided before we ever arrived in Cairo that we wouldn’t be getting a car. Not only was it too expensive to bring along the car we had at the time, it is expensive just to have a car in Cairo. There is a registration tax on cars that actually increases the longer you own the car.

Aside from that, I just didn’t want to drive in Cairo. There are enough cars here already – and no traffic laws or regulation that I can see. The children take the bus to school and for the first time ever, I actually live in a neighbourhood where I can get around pretty well on foot. Imagine!

Admittedly, there are times when having a car would be convenient. And at those times, I just hail one of the millions of taxis that inevitably come buzzing around when I step foot outside.

Taking taxies can be very entertaining. Most of the time the taxi drivers don’t speak much English (if any) so they don’t usually try to speak to me. But I ran across a chatty fellow the other day. The moment I got in his taxi he started to tell me how it was his first day back on the job after having had an accident in which he had lost several toes – he showed me his bandaged foot and his x-rays (which were tucked under his sun visor) to support his story. He offered to make a monthly deal with me for driving services and told me how much his medication cost. He did all this in such a cheerful manner I was almost sorry not to be able to take him up on his offer.

If I need to get downtown, I normally take the local commuter train known as the Metro. The quality of your travel experience on the Metro really depends on the time of day at which you travel. The last time I took the Metro, it was the morning rush hour and the train was crowded. And when I say the train was crowded I mean that we were packed in there so tight I was pressed up against strangers on every side and still people got on at every stop. There was no need for me to hold on as I stood because I wasn’t going anywhere. I have no idea how anyone was supposed to get off that train if they wanted to go anywhere other than the main stop downtown where you were pushed off the train whether you wanted to get off or not! As unpleasant as that ride was, it only lasted 20 minutes. To cover the same distance by taxi at that time of day would have taken me over an hour – and I would have been sucking in exhaust fumes the entire time as well.

The main benefit to taking the Metro is that it doesn’t have to stop traffic and in a city of nearly 20 million, that’s not an insignificant point. In addition it only costs 1LE or approximately US$.18 to get to any point along the line and runs every 10 minutes or so. I can get all the way across town for next to nothing! (Though I will admit to not taking the Metro much in the summertime. It gets a little ripe when the weather warms up…)

So, as of now, I’m happy enough to be car-less. And really, with fuel prices what they are at the moment, can you imagine a better time not to own your own car?

For more posts about life in Egypt visit Jenyfer’s blog.