Sydney harbor is an impressive sight most days, but during our recent visit we saw things in a new light. Our visit coincided with the Vivid Festival where lights and patterns are projected onto the buildings around the CBD. There are also lots of hands on displays around the waterfront for people to touch and play with.

The Pacific Pearl was our hotel for the two nights we were in Sydney, and the ship became part of the display. I took a movie of the ship, but it’s a bit long to show here. Just believe me when I say that like the photos of the Opera House below, the patterns projected onto the ship were very impressive and I, along with everyone else, went Ohhh! 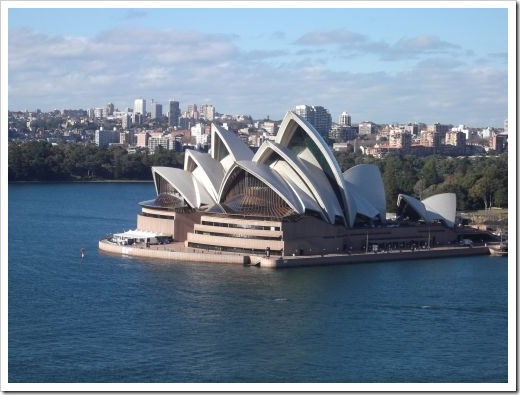 This is a shot of the Sydney Opera House, taken from the public walkway on the Sydney Harbor bridge. The following photos show some of the colors and patterns that were projected onto the Opera House during the evening. 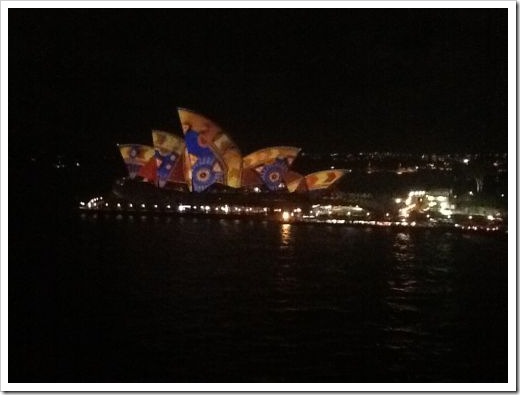 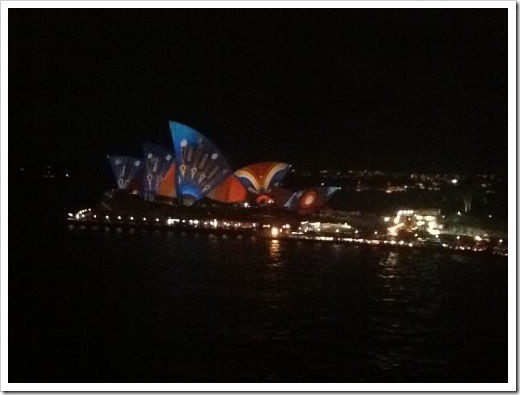 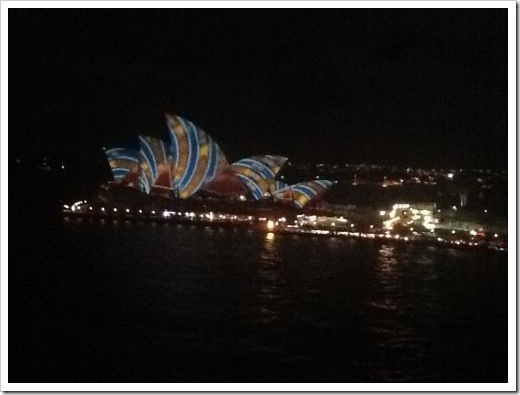 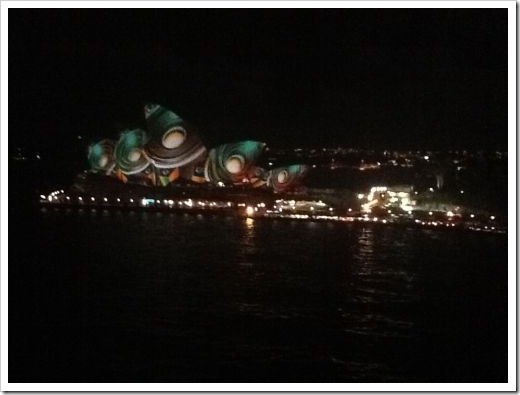 Crowds of people came down to the quay to check out the lights, and the waterfront was a busy place, despite the rain on the first night. I’m sure the organizers are pleased with the success of their festival.

What was the last festival you attended?