Before hubby and I visited Barcelona, I’d never heard of Gaudi, but I challenge anyone to visit this vibrant city and leave without learning about this famous architect.

Gaudi was born on 25 June 1852 and died on 7 June 1926 after being struck by a tram during his daily walk. He’s best known for his design of the cathedral in Barcelona – Sagrada Familia. I’ll post photos of the cathedral another time, but today my photos are of Casa Mila, a building designed between the years 1906 – 1912.

This was a controversial design, as was most of Gaudi’s work, and it reminded me of the buildings in the cartoon, The Flintstones. In 1984 the building was declared a World Heritage site. It was built for a married couple, but the husband died in 1940 and the wife sold the building in 1946. The building was restored after being left to deteriorate and is now open to the public. 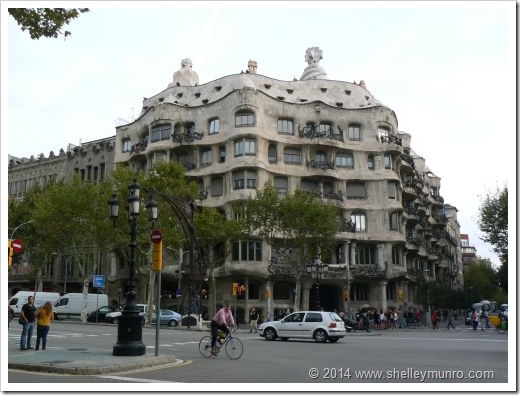 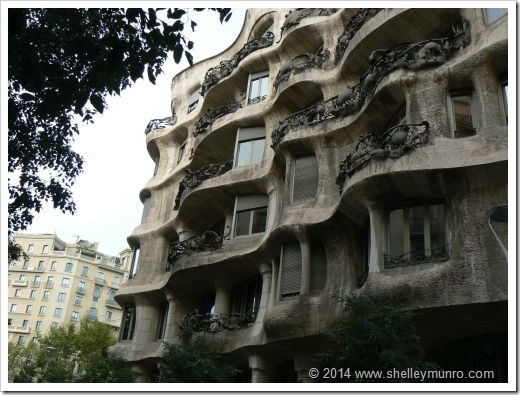 The chimneys at the top of the building are often photographed, and you’ll see them on many Barcelona brochures and postcards. 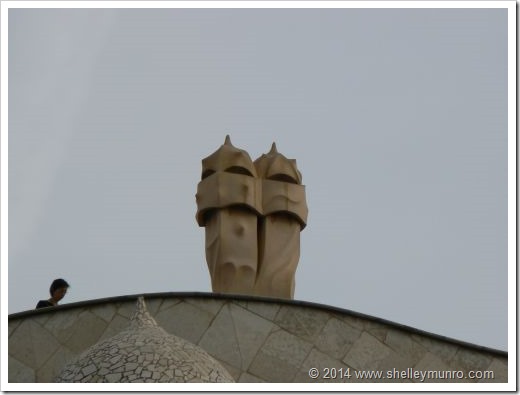 What do you think of Gaudi’s style?