E is for Earthquake 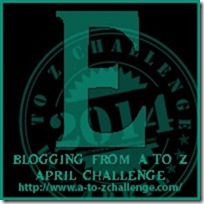 The earth, although it seems solid, consists of a series of plates, which are a bit like jigsaw puzzle pieces. When the plates collide the layers distort and the stress builds until the crust of the Earth buckles. An earthquake typically occurs along a fault line, which is an existing fracture in the crust of the Earth.

New Zealand straddles the boundary of the Pacific and Australian plates. According to Te Ara, the Encyclopaedia of New Zealand we have earthquakes every day, but most are too small for us to feel them.

On 4 September 2010 our third largest city Christchurch suffered a 7.1 magnitude earthquake. Although there was widespread damage, there was no loss of life. 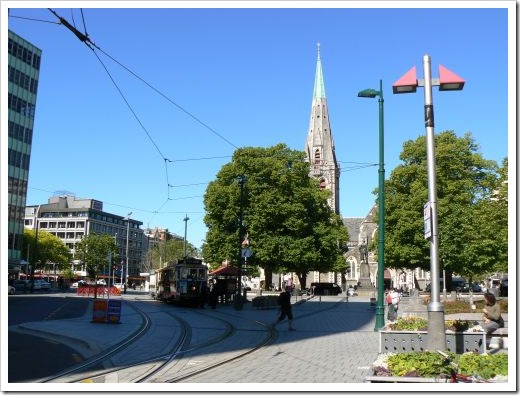 This is Cathedral Square in Christchurch, taken before the 2010 quake. The Cathedral was badly damaged, and despite public calls for it to be repaired, it was too big a job.

A second quake occurred on 22 February 2011. This was a quake of 6.3 magnitude. There was major damage to land, buildings and the city infrastructure. Sadly, 185 people lost their lives.

The quakes and the numerous aftershocks have changed the landscape and during recent rain, much of the land flooded due to subsidence.

In February 1931 the Hawkes Bay area and the town of Napier suffered a 7.8 magnitude quake. This quake changed the landscape and the coastal areas were lifted around two meters. Fires burned out of control after the quake, the problem compounded by broken water mains. 256 people lost their lives and 593 suffered serious injuries.

When the township of Napier was rebuilt, the planning committee decided on an Art Deco style because the buildings were cheap to construct and more earthquake resistant. When the first building was being constructed, the planning committee urged the builders to make as much noise as possible in order to bring hope to the people of the town. The Art Deco buildings now bring a lot of tourists to the town. 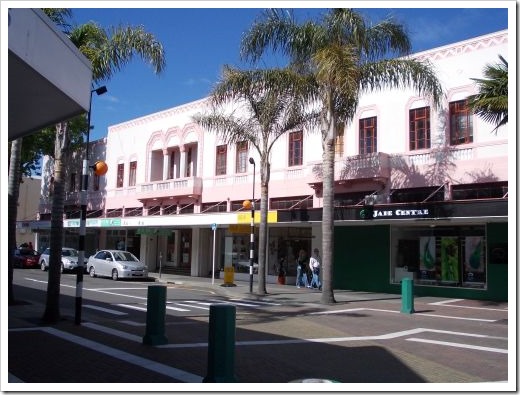 Although I live in a country that has many earthquakes, I’ve never actually felt one. I’m quite happy to keep it that way!

Have you ever been in an earthquake?

← D is for Dunedin F is for Fishing →