I is for Idols 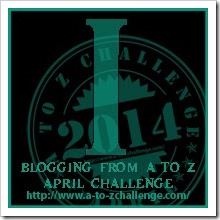 New Zealand might be a small country, but our people think big. We’re high achievers because we don’t believe in the words, “I can’t.”

At least that’s my theory.

Katherine Wilson Shepherd, known as Kate, was born in Liverpool, England, but she migrated to Christchurch, New Zealand in her early twenties. Kate Shepherd was part of the New Zealand women’s suffrage movement, and she and her group campaigned to gain women the vote. In 1893 New Zealand became the first country to grant women the vote.

Kate Shepherd is depicted on the New Zealand ten-dollar note. In September we have an election, and I intend to exercise my right to vote, since Kate Shepherd worked so hard to win me that right.

Sir Edmund Hillary was one of the first men to climb Mt Everest, the highest mountain in the world. On 29 May 1953 he, along with Sherpa Tenzing Norgay, reached the summit and spent 15 minutes before descending. His famous words, “We knocked the bastard off.” always make me smile.

Sir Edmund attended primary school in Tuakau, the small town where I attended high school. Sir Edmund spent a lot of time in Nepal and built schools to give something back to the Nepalese people. Sir Edmund Hillary is depicted on the New Zealand five-dollar note.

Which one of your countrymen or women do you admire?

← Reasons to Read Historical Romance! J is for Jaffas →