T is for Taniwha 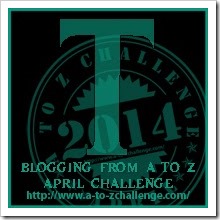 I was brought up hearing tales from Maori mythology. Everyone in New Zealand knows of Maui who fished our country from the sea. One particular beast from the legends has always fascinated me, and that’s the taniwha.

The taniwha (pronounced tan-e-fa) is a Maori monster, a ferocious beast that ate naughty children and devoured warriors and other hapless people who found themselves in the wrong place. They live in lakes, rivers and the sea and some live in caves. Some taniwha are friendly—if the local villagers gave them regular food offerings—while others are plain nasty and kill anyone who crosses their path.

In 2002 construction on a highway in the Waikato region of New Zealand was halted because local Maori said the road works were disturbing a taniwha. The portion of road that was being improved was a bad accident site and it was said the taniwha was responsible for the high death toll.

In a Herald story, Dr Ranginui Walker said “like most cultures, Maori use mysticism to explain the inexplicable or grossly unlucky, like a branch falling from a tree and killing a man walking under it at that moment. Europeans might call it the hand of God, Maori might blame tipua, an evil spirit living in the tree. All beliefs require a leap of faith that defy rational explanation.”

The road building finally continued after consultation and negotiations between locals and Transit NZ. 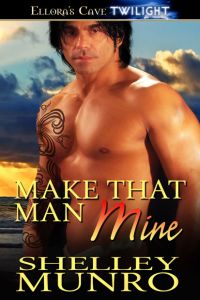 A few years ago, I wrote a taniwha shifter romance called Make That Man Mine. Here’s the blurb:

On her 25th birthday Emma Montrose decides it’s time to show bad boy investigator, Jack Sullivan she’s more than an efficient secretary. She’s a woman with needs, and she wants him.

Jack is a taniwha, a shifter, who requires women to satiate the sexual demands of the serpent within. Nothing more. Then work forces the reluctant Jack and ecstatic Emma undercover as a couple. Thrown together, pretence and reality blur generating hot sex laced with risk…