V is for Volcano 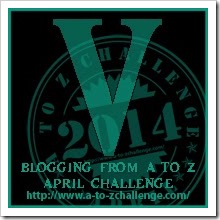 A volcano is a mountain or hill with a crater or vent, which spews out lava, gas and rock fragments from the earth’s crust. Volcanoes can be extinct (will never erupt again), dormant (might erupt again) or active (busy erupting).

New Zealand has many volcanoes. In fact, Auckland, our biggest city is built on a field of volcanoes. The old volcano cones are classified as dormant, meaning they could erupt again, but history has shown that the field is moving steadily north. The last eruption in the Auckland field occurred just over six hundred years ago when the island Rangitoto, a short ferry ride from the central city, erupted and formed into an island. 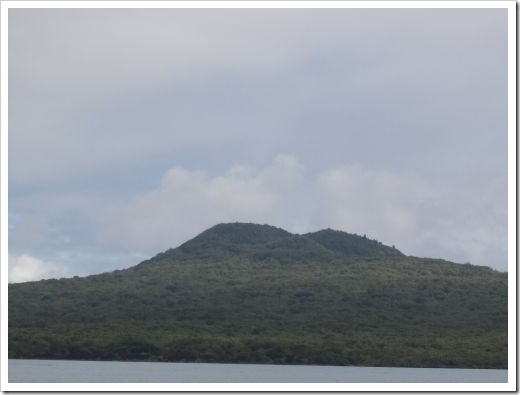 This is the cone of Rangitoto Island, which is visible from many parts of Auckland. 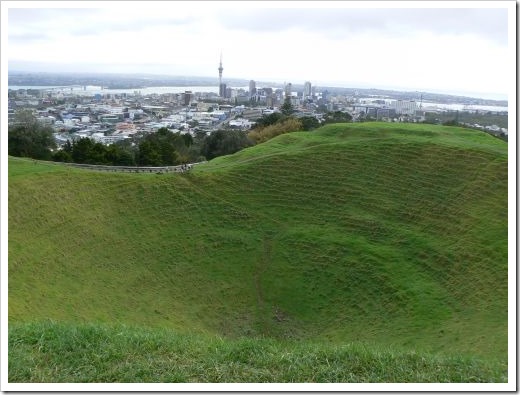 This is the crater of Mt Eden, which is not far from the central city of Auckland. 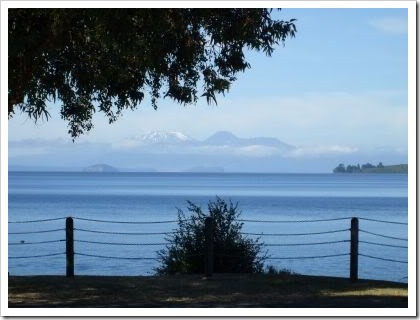 This is Lake Taupo, (area 238 square miles) which is in the center of the North Island. The lake is an old volcano crater, which erupted around 27,000 years ago to form the caldera. Around 1800 years ago, the eruption, known as the Taupo eruption, occurred. This was the most violent eruption to occur in 5000 years and was recorded at the time by the Romans and the Chinese. The present chamber of magma is around 6 kilometers below the lake. The trio of mountains in the background are all volcanoes. 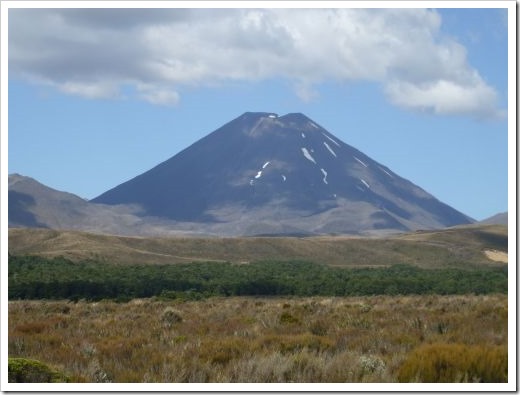 This is Mt Ngauruhoe, which is one of the three volcanoes visible across Lake Taupo. 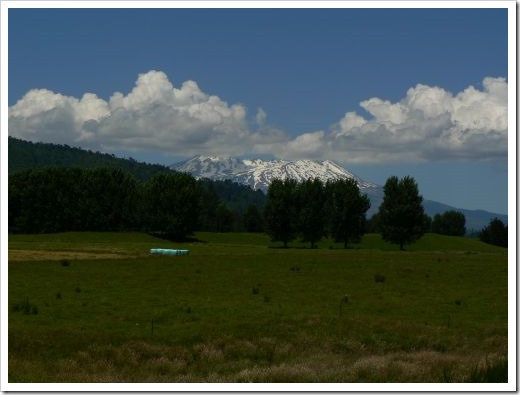 This is Mount Ruapehu, another one of the trio of volcanoes. Both Ruapehu and Ngauruhoe, plus the third one Tongariro are periodically active. Mount Tongariro erupted unexpectedly last year after 100 years of lying dormant.

And finally, our most active volcano – an island off the coast of the Bay of Plenty in the North Island. 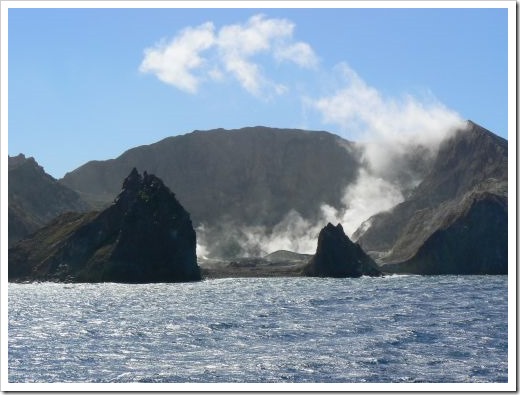 I find volcanoes fascinating, although I suspect we won’t have much fun if a new volcano pops up in the Auckland field. It’s certainly not impossible.

Do you have any volcanoes near you?

← U is for Utu W is for Waiheke Island →