This week, my latest book went live at most online retailers. Sea of Change is a paranormal shifter romance featuring orcas.

1. The killer whale is also known as an orca.

2. They are a toothed whale and are actually the largest members of the dolphin family.

3. They are a mammal and eat a carnivore diet. (fish, seabirds, squid, seals and other whales)

4. They can live up to 80 years in the wild. The females usually live longer than the males.

5. The killer whale lives in a pod of family members, and these pods can contain as many as 40 orca.

6. Killer whales can be divided into resident pods and transient pods, a fact I used in my Sea of Change story.

7. Resident pods tend to frequent one area while transient pods have much larger territories.

8. The pod members work together to hunt for food.

9. Each pod communicates in a distinctive manner using echolocation.

10. Female orcas give birth every three to ten years and the pregnancy lasts for 15 – 18 months. The mother nurses the calf for at least a year.

11. The killer whale has very distinctive black and white coloring. They are intelligent and acrobatic, frequently breaching, spyhopping and slapping their flippers.

12. It’s easy to tell the difference between the male and female. The males are longer and bulkier. Their dorsal fins are much larger, reaching higher than a metre in height. 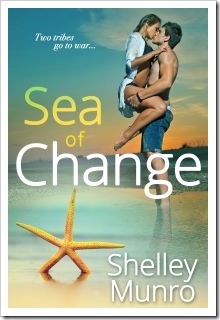