There’s just something graceful and powerful about big cats that makes them excellent heroes and heroines. Leopards are my favorites when it comes to big cats, and I’ve written over a dozen romances featuring them, although occasionally I’ve written tiger and lion shifters too. 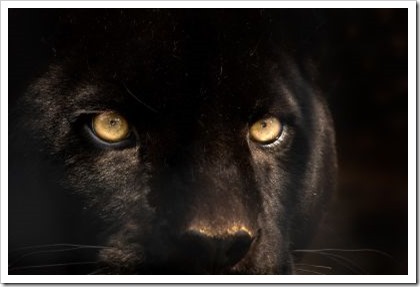 Here are a few leopard facts:

· Leopards are the most widespread of big cats. There’s a reason I’ve written so many books featuring leopard shifters.

· They are also the most secretive. Mine live amongst humans, keeping their shifter traits hidden.

· They live in different habitats ranging from rocky country to savannah lands and forests. My shifters live in the South Island of New Zealand.

· Leopards are nocturnal and hunt at night. My leopard heroes hunt during the day too. No female is safe from their charm.

· They usually sleep all day in a tree. Not my guys. They prefer a big comfortable bed.

· Their spotted coat is excellent camouflage in the patchwork of light and shade in the forest. Most of my shifters are black leopards, but they blend well once they’re in feline form.

· Leopards are loners and only come together to mate. My guys are a little more civilized than this, for which the heroines are very thankful!

· The mother brings up the cubs until they can fend for themselves. My leopard heroes make great fathers, and they’re big on family and community.

· They are built for bursts of speed and for climbing trees. Hmm, I haven’t given my heroes much in the way of tree climbing scenes. Maybe something for the future.

· They have strong jaws, chests and front legs and can move an animal as big as themselves. Agreed! My shifters are certainly not pansies!

· Leopards like to ambush their prey, waiting in a tree for an animal to walk underneath. My shifters like to confront their problems/enemies face to face.

· Black leopards are often called panthers. They are the same species, but their spots are hidden. They are more common in Asia. My shifters are mostly black leopards, and they live in New Zealand.

· Their tongues are raspy. Yes, this is true, which makes for interesting love scenes. Just ask my heroines.

I’ve noticed authors are venturing into quite different shifters such as deer, gorillas and elephants. Have you read any books featuring these shifters? What do you think?