Tales of the New Zealand Eagle

During our recent visit to Alaska we saw quite a few eagles and I saw their nests. The Bald Eagle is an impressive bird with a huge wingspan. 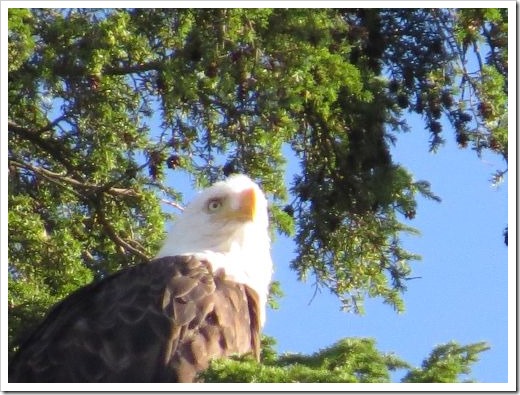 What most people don’t realize is that New Zealand was home to the world’s largest eagle for thousands of years. The Haast eagle had a wing span of 2.9 meters and weighed as much as 13 kilograms. It looked like a golden eagle and stood almost a meter tall and had bright eyes and a black hooked beak. Its massive yellow legs were said to be as thick as a child’s wrist. Its wings were a darker brown and had a lighter underside.

The Haast eagle used to perch at a high vantage point and would dive-bomb its prey with deadly force.

According to sources, these birds would have a chick every second year, and they would have a life expectancy of twenty to thirty years. They used to feed on moa, a large flightless bird, which was hunted to extinction. It was also said the eagle would capture young children with ease.

I enjoy taking parts of New Zealand history, the flora and fauna and using them in my books. The Haast eagle had a starring role in book one of my Middlemarch Capture series, Snared by Saber.

What do you think? Can you imagine an eagle that big?

← Two New House of the Cat releases! 13 Quotes About Success →