The Ladder for Spirits

At the very top of the North Island of New Zealand is a point called Cape Reinga. This is a special site in Maori mythology. According to the tales, an old pohutukawa tree grows on the cliff, and it is said that the roots of this tree provide a ladder for spirits to descend into the tumultuous waters and the final underworld below.

A non-stop procession of spirits travels through the far North to reach Cape Reinga and the ladder path to the underworld. The northern Maori tribes used to hear the rustle and passing of countless people and especially after a big battle when many warriors were slain.

All the ingredients for a fictional novel, I think! 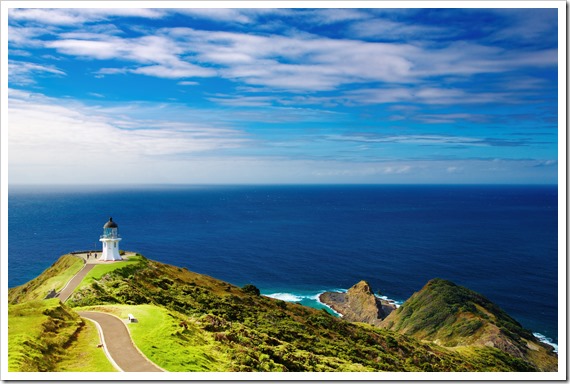 This is the lighthouse at Cape Reinga. The ladder for the spirits is supposedly on the cliffs beyond.

← The Lost Moa My Scarlet Woman on sale 99c #paranormal →