A Taste of Poison 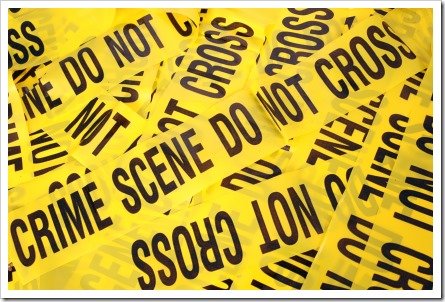 One of the cool things about writing books with mystery and suspense elements is that you get to kill people off. The murder can be behind the scenes where the reader doesn’t see the grisly stuff, or the murder can be graphic and gritty and give readers nightmares. And then there are all the interesting methods of killing characters off. Choices galore and so much fun—for the writer that is!

Today I’m going to discuss poison. I’ve heard it said poison is a woman’s weapon. Since food is the ideal vehicle for poison and food preparation is often the domain of women, it’s simple to slip a little extra into the dinner. With poison, all the murderer requires is a way to introduce it to the victim’s system and their job is done. They don’t have to get up close and personal or get blood on their hands.

Poison was used by ancient tribes, within the Roman Empire and in Medieval Europe. Many noble families employed people to taste their food before they dined, so if the meal did contain poison, the taster keeled over first. These days most poisonings occur accidently, and the victims are often children.

This is a common poison in fiction, and it was very popular with the Borgias and de Medicis.

Arsenic is usually swallowed, but it can also be inhaled in industrial circumstances. Symptoms of arsenic poisoning include gastric problems, jaundiced skin, a skin rash, pain and vomiting. The skin becomes cold and victims become dizzy and weak from in drop in blood pressure. These symptoms are followed by convulsions and a coma. Death finally occurs due to circulatory failure. Not a nice way to go!

In the eighteenth century a Frenchman killed off his wives with arsenic. During sex he used a goatskin sheath to protect himself, but he placed a lethal dose of arsenic on the outside of the sheath. The women absorbed the arsenic during intercourse and died. Authorities became suspicious when so many of his wives died. He was found guilty and hanged.

Cyanide comes in three common forms: potassium cyanide, sodium cyanide and hydrogen cyanide. The potassium and sodium forms are solid and have the distinctive bitter almond scent while hydrogen cyanide is a gas. Cyanide can be swallowed, inhaled and absorbed through the skin. The cyanide interferes with the enzymes responsible for getting oxygen into the body. Death is fairly quick—short of breath, dizziness, nausea and a drop in blood pressure are some of the symptoms. Although the bitter almond scent is an indicator of the presence of cyanide, not everyone is able to smell this aroma.

Agatha Christie used cyanide in several of her mysteries. I distinctly recall Hercule Poirot detecting the scent of bitter almonds in a recent TV episode.

These are only two poisons to consider—there are countless others for your characters to use to rid themselves of troublesome foes.

When deciding to use poison as a murder weapon consider the following:

1. Is your book a historical or a more contemporary title?

Poisons were readily available from apothecaries in years past, and the possession of poisons didn’t prove guilt. It is more unusual to have poison readily available these days (apart from general household cleaners) and it isn’t always easy to purchase poison. Some require a special license before they can be purchased.

2. Think about the symptoms and the dosage required to kill off a character. i.e. their size, age and sex.

3. Do you want a quick death or do you want them to suffer for weeks?

4. Is there an antidote available?

5. How are you intending to introduce the poison? Will the character swallow, inhale or absorb the poison through their skin?

6. Do you want the crime discovered quickly or not? Maybe the murderer needs time to set up an alibi.

Poison is an interesting addition to the writer’s arsenal, and it might be just the weapon for you!

Authors: Have you used poison as a murder weapon before? What is the most interesting way you’ve killed off a character?

Readers: What are your favorite murder weapons in books? Do you like the sly murderer who uses poison or would you prefer a gun? Do you like your murders to take place off the page or do you like to experience them along with the characters?