Mt Vesuvius erupted at midday on 24 August in the year 79AD. The cities of Pompeii and Herculaneum were destroyed and thousands of Romans died during the eruption.

Quite a lot is known about the day and the aftermath since Pliny the Younger witnessed and wrote about the eruption. 14 – 17 feet of ash and pumice buried the city of Pompeii while mud and volcanic material devastated Herculaneum. Locals, who had escaped, returned later to salvage their belongings but mostly the cities were forgotten. It wasn’t until the 18th century when a well-digger discovered the ruins of Herculaneum. In 1748 a farmer found traces of Pompeii beneath his grapevines.

Mount Vesuvius remains active but hasn’t erupted since 1944. It is the only active volcano on mainland Europe. 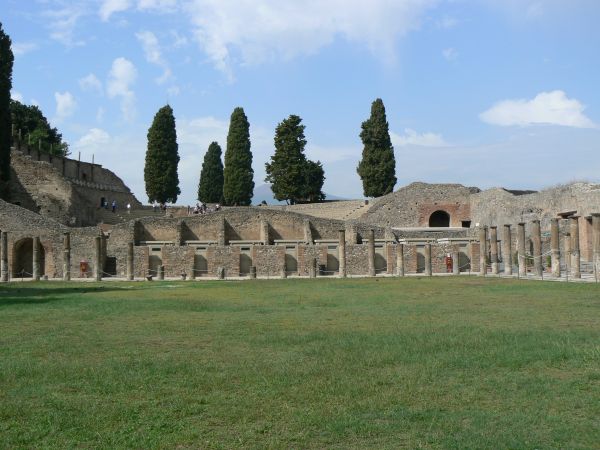 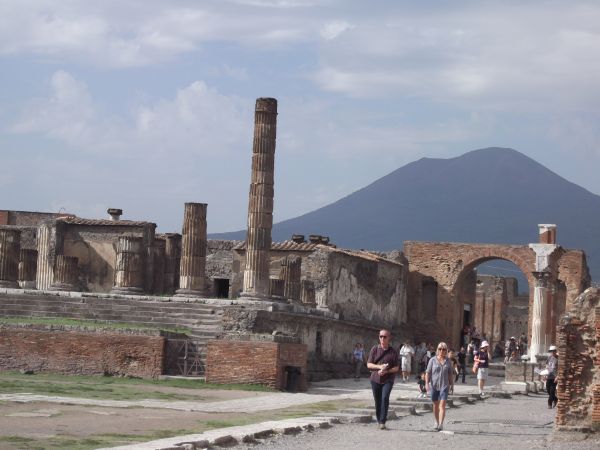 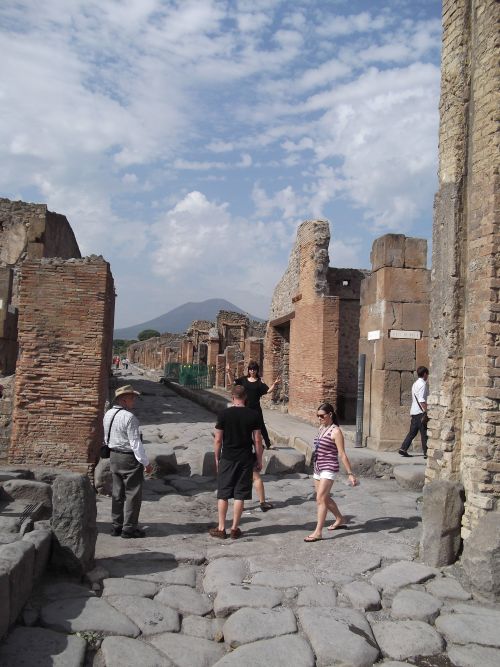 The above photos were all taken at Pompeii. 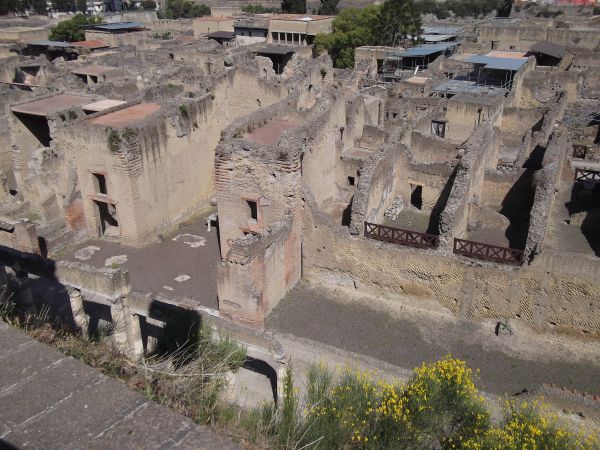 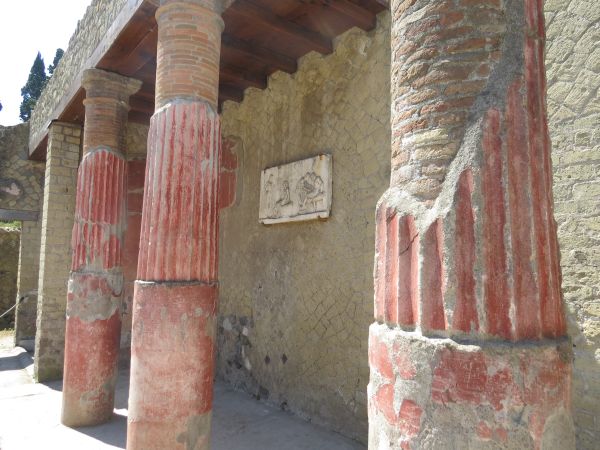 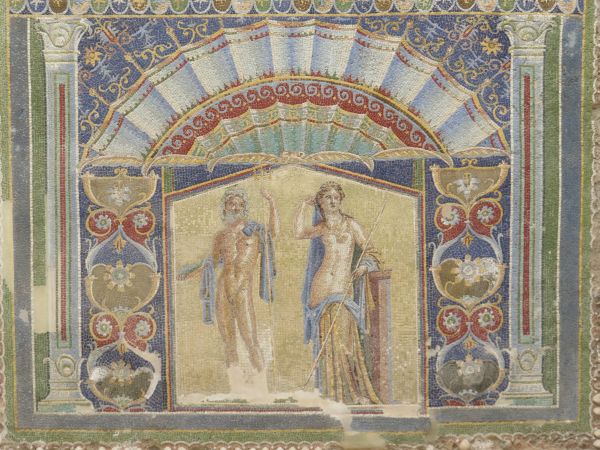 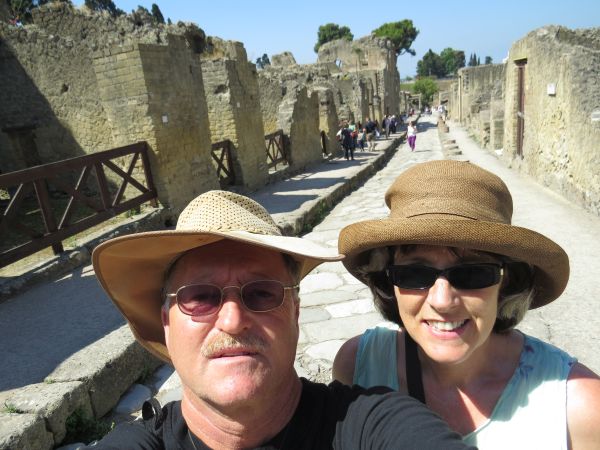 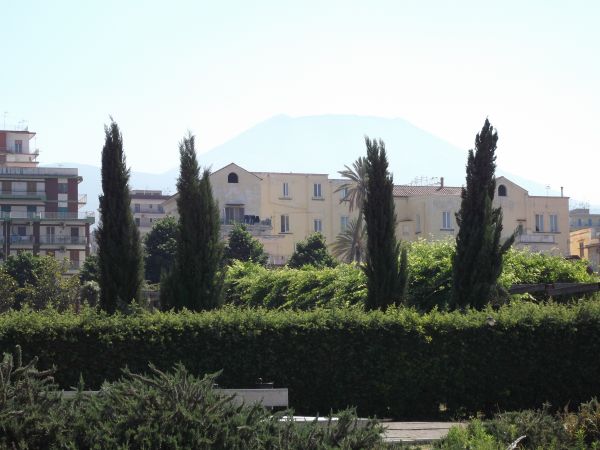 I enjoyed wandering around Herculaneum. It was quieter and less touristy with more to see. The volcanic mud preserved the buildings better than the ash did at Pompeii. The above five photos are from Herculaneum, and you can see Mt Vesuvius in the background of the fifth photo. 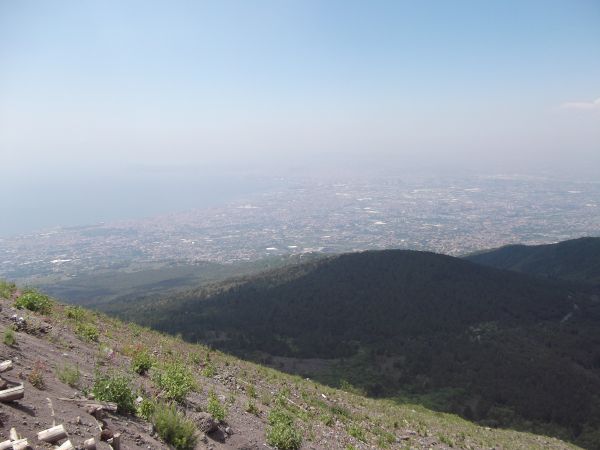 This is the view from the top of Mt Vesuvius. You can see how dense the population is in Naples. I’ve visited Naples three times and have yet to get a truly clear shot of the mountain. Every time I go, it’s hazy. Below you can see the crater plus me posing at the top. 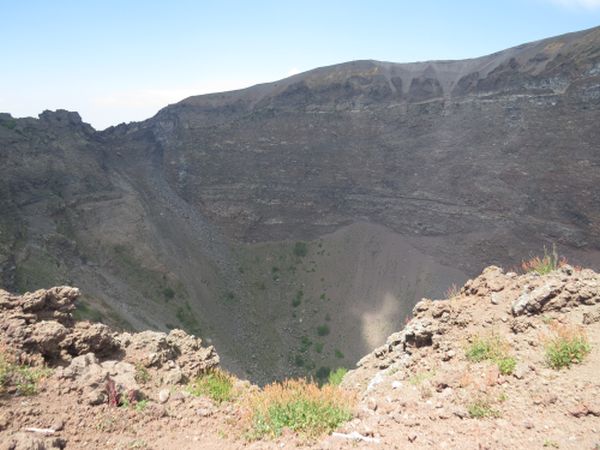 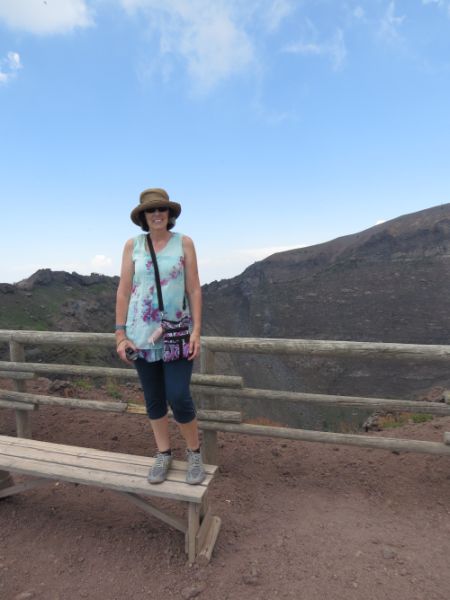 We caught a bus from Naples that drove almost to the top of the mountain. We walked briskly for almost an hour to get to the summit. If you’re ever in the vicinity, I highly recommend a visit to all three sites.