Fiona’s Mates: The idea behind the story and Cover Reveal #paranormal #romance #reverseharem

In October 2017, hubby and I visited the small town of Churchill in Canada to see polar bears. The remote town and its relationship with the polar bears fascinated me. When I learned that the town was only accessible by plane, due to the storm damage of the railway, ideas for stories flew through my mind.

Our trip ended in Fort Lauderdale in Florida and we went sightseeing via water taxis when we were there. That destination also made an impression on me, and got tossed into my story idea pot.

My paranormal romance Fiona’s Mates is the result of my visit to Churchill, the polar bears and hearing about the ice road. I also added in Fort Lauderdale, since the journey on the water taxis was so much fun. 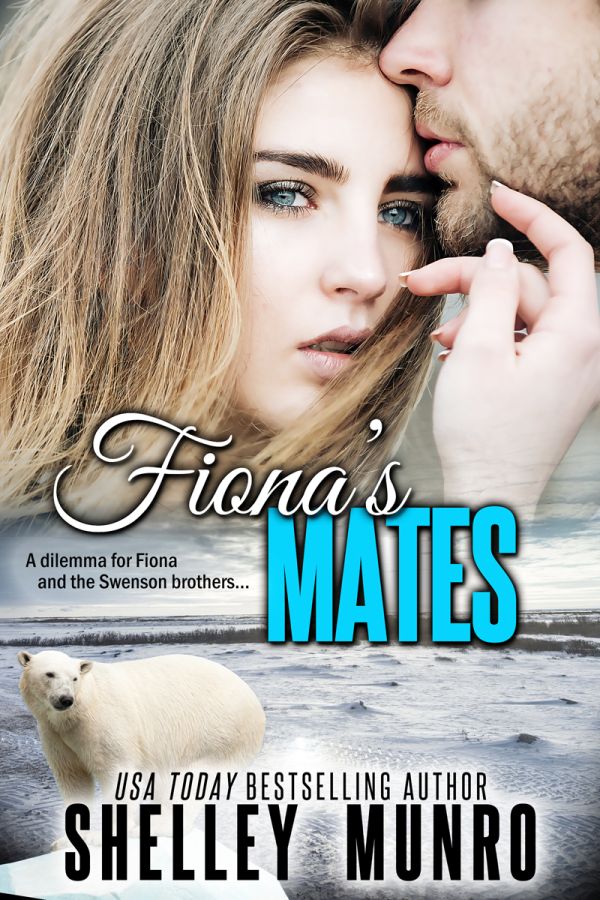 Here is the blurb for Fiona’s Mates:

When Fiona catches her callous, chauvinistic husband with another woman, she puts a full stop on their marriage. No longer prepared to put up with his abusive behavior, she kicks him out the door, determined to start afresh. A vacation is the perfect way to attack her adventurous new life.

Stig is the youngest of five polar bear shifters, and his scheme to start an ice trucking business puts him and his brothers on an untraditional path. With everyone in Churchill against them—humans and shifters plus their matriarch—it’s a challenge to get their ice trucks on the road.

Fiona meets the sexy Stig and his gorgeous brother in Gillam. With their bulging muscles and stunning Nordic looks, something about the smiling duo imbues trust. Then, she meets their three older brothers, each charming and handsome, and her libido is in overdrive. She has a dilemma since they’re openly interested in her, and it is impossible to choose one.

Now that Fiona’s vacation is ending, she’s talking about returning to Florida, but that might not be the worse of the trouble when danger stalks into Churchill and threatens to end their reverse harem forever…