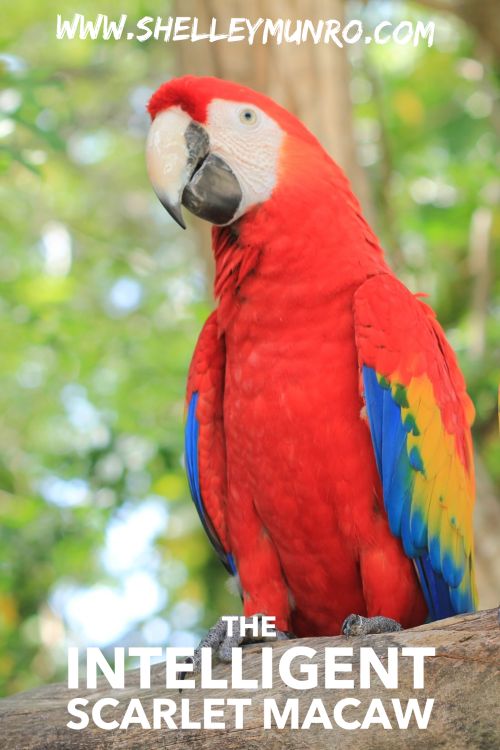 One of seventeen species of macaws, the Scarlet Macaw is becoming increasingly rare. In Costa Rica, Central America, we visited the Natuwa Macaw Sanctuary where they rescue, breed, and release the Scarlet Macaw.

I was very excited at the thought of seeing macaws. When our tour around the reserve started, my anticipation turned to disappointment because the Scarlet Macaw and the Blue and Yellow Macaw were in a huge aviary. Not great for photographic opportunities, although their aviary is HUGE.

But it turned out the sanctuary releases some of their macaws. Some of these pairs have returned and nest in boxes placed around the grounds. The Scarlet Macaw come and go as they please and have been successfully breeding, adding to the population. These ones provided excellent photographic opportunities.

The sanctuary houses many other animals such as jaguar, sloth, deer and other birds. Many of the animals are recovered from poachers or rescued when the animal butts up against man encroaching on habitat. Our guide was passionate and knowledgeable, and I enjoyed our visit very much. 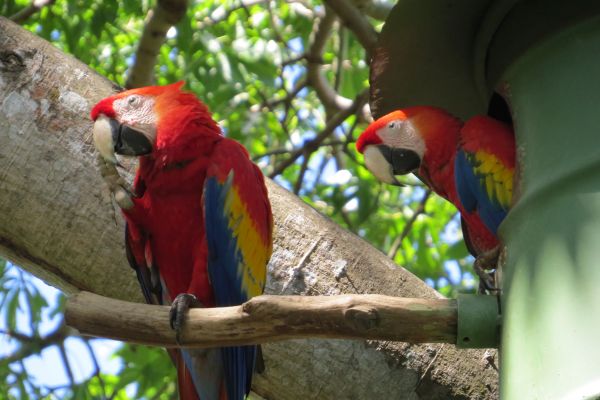 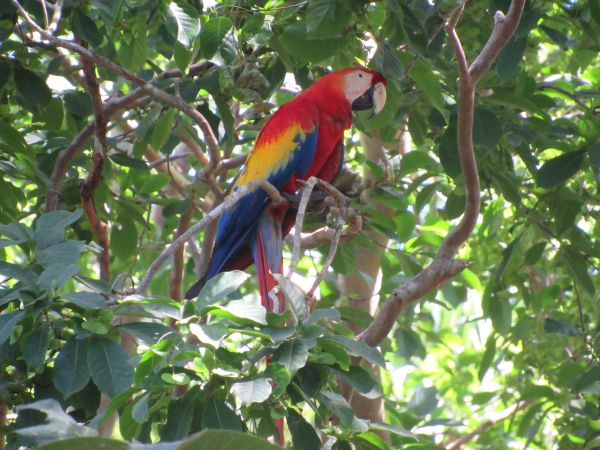 1. They live in the rainforest.

2. Their beak is perfect for cracking nuts and seeds.

3. The male and female look the same with white faces, scarlet and yellow.

4. They live to around 50 years of age in the wild. In captivity, they are known to live much longer than this.

5. They are intelligent birds and are popular pets but can be quite aggressive.

6. They usually mate for life.

7. Both the male and female look after the young.

8. Their bright colors help them to blend in the rainforest. 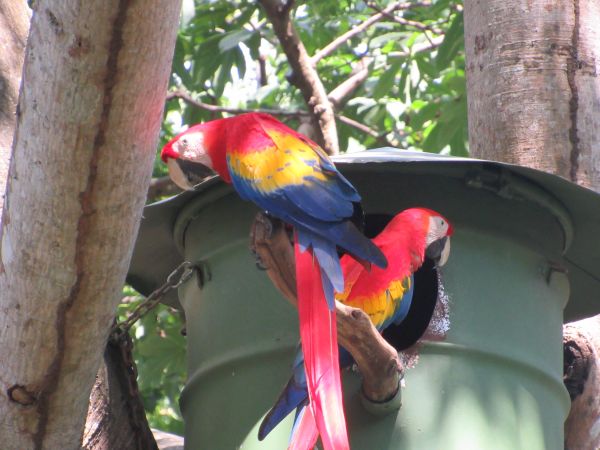 I spent ages watching the macaws and found them fascinating. Already, they’ve found their way into my upcoming release Star-crossed with Scarlett. The birds make an appearance in the story and, of course, there is the heroine’s name, which is Scarlett.

← The Adorable Sloth Love Paranormal Romance? One week left to grab these Freebies! →