Review: Hollywood Ever After 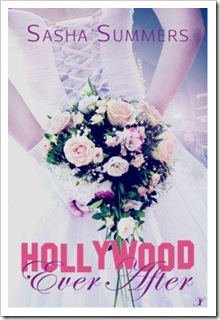 She wasn’t meant for movie stars, Hollywood, or happy endings. And then she met him.

Happy Endings are for fairy tales. Or the movies. Not for real life. At least, not Claire’s life. Even though she’s starting over, she knows better than to want too much this time. But when she falls, literally, into the strong arms of Hollywood’s ‘it’ boy Josh Wiley, Claire’s in for some surprises.

And her heart begins to want him as much as her body. Will two kids, one bastard ex-husband, and Josh’s juggernaut career mean the end of their affair?

Or can Claire find her happy ending after all?

Hollywood Ever After is a first person contemporary romance featuring an older woman/younger man scenario and is set mainly in Los Angeles and for a few chapters in London.

Claire has come out of an abusive marriage and is starting to get her life together after her divorce. She travels to Hollywood to spend a few days with her friend, Shannon who works in the movie industry. Shannon treats Claire to some new clothes to wear to the premiere of a movie and this is where she meets Josh, an English actor who is the newest sensation in the film world.

At first Claire can’t believe Josh is interested in her, but he gradually talks her around and shows her with both actions and words that it’s Claire he wants. Even after she returns to her normal life with her kids he continues to pursue her.

The ongoing conflict in this story comes from Claire’s ex-husband and Josh’s burgeoning fame as an actor plus Claire’s recovery from her husband’s abuse. This story is Claire’s journey from abused wife to independent woman.

I loved this story from page one and read it in a couple of days. Although Hollywood Ever After deals with some weighty issues, it was very much a feel good story and had me cheering for the hero and heroine. I enjoyed the main characters and the way their relationship developed during the course of the story. The slight suspense element added to the story, although it was easy to guess what would happen in this respect.

If you’re a fan of contemporary romances, I think you’ll like this one. I’ll be looking for more from this author.

This book was received from Bewitching Book Tours and the author in exchange for an honest review.