According to www.dictionary.reference.com bedlam is a scene or state of wild uproar and confusion. Synonyms for bedlam include disorder, tumult, chaos, clamor, turmoil, commotion, and pandemonium. If someone says, “The place was bedlam!” we know there was trouble and a lot of confusion.

But there’s more to the word.

Bedlam originated as a common name for the Hospital of St. Mary of Bethlehem in London. The hospital was a lunatic asylum and many families left relatives there in order to hide them from becoming public knowledge. It was also a place where husbands could leave wives who had become inconvenient, since it was widely known that women of the time were mentally unstable. Thank goodness times have changed! 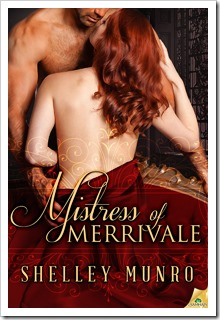 The patients were chained to walls and posts and conditions were terrible. During the 18th century, in an effort to raise funds for the hospital, anyone with the price of admission could enter the hospital and visit the patients. Originally it was expected that the visitors would help the hospital raise money and bring food for the patients. That didn’t happen as the visitors treated the patients like a sideshow. They laughed and jeered, poked and teased the patients and threw things at them, inciting them to acts of madness. Bedlam was part of the tourist trail and these visits continued from 1720 – 1770.

In Mistress of Merrivale, Jocelyn, the heroine resists her sisters’ attempts to place their mother in Bedlam. She hates to think of her mother in a place like this and makes a point of looking after her parent. As one of the conditions of her arranged marriage with Leo Sherbourne, she insists he give her mother a home with them, and Elizabeth Townsend is spared from the horror of Bedlam.

← 13 Types of Citrus Fruit 13 Destinations in My Future →