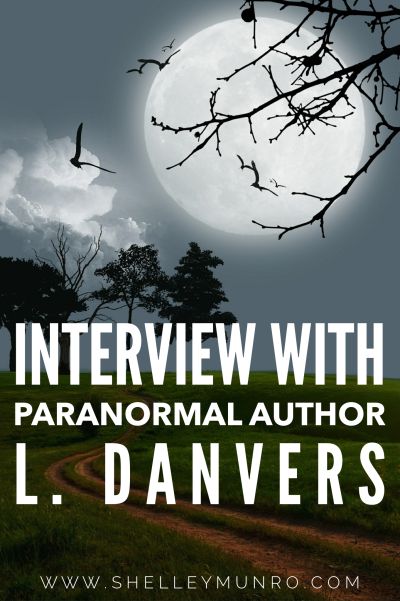 Today, I’m excited to welcome L. Danvers to my blog. Hi, Ms. Danvers. I’ve been checking out your website and you say, “My goal as an author is to offer you an escape from reality—one where you can explore new worlds, go on daring adventures, fight the bad guys and fall in love… all from the comfort of a cozy chair.”

This sounds right up my alley! Please tell us a little about yourself and what made you decide to finally push the publish button?

So, the first book I ever wrote was Stellix (later retitled Conspiracy Unleashed). I had left my job as a news producer, and even though the style of writing was entirely different, there was a part of me that just needed to write.

Months later, after binge-watching an embarrassing number of episodes of Ancient Aliens, I came up with the concept. I jotted down the idea, and my own curiosity about how things would play out led me to writing more and more. I never just sat down and said, “I’m going to write a book today.” It all happened very organically. (Of course, I’m sure it helped that I’ve always enjoyed writing!)

As for what led me to publishing, I’d chalk it up to an uncharacteristic amount of courage. Beta readers enjoyed the story, and I told myself that if they liked it, others would, too. A successful indie author graciously offered her time to advise me about self-publishing, and the rest is history.

Curses and Crowns is a vampire romance while in the past you’ve written fantasy and sci-fi. Why did you venture into paranormal romance?

Funny enough, it started with me watching The Vampire Diaries on Netflix. I am one of the few millennial girls who didn’t read Twilight as a teen, so I never got into the whole vampire craze.

But last year, I decided to give The Vampire Diaries a shot, and I realized I’d missed out on a fascinating genre. I read a bunch of vampire romance and urban fantasy books and realized just how much I loved the stories.
An idea quickly came to me, and it has been an absolute blast to write in this new genre.

Your vampires sound gritty and dangerous. What is it like to be a vampire in the world you’ve built in Curses and Crowns?

In a word: dramatic.

Now, there are various vampire kingdoms presently veiled from the human world. But in Crescent Cape, where the story takes place, there is a blood slave village where humans offer weekly blood donations so that the vampires have access to a consistent food source. However, the vampires are permitted to venture out on hunts in the mountains beyond the boundary.

Meanwhile, Prince Aiden, one of the most menacing vampires when on the “real stuff,” has given up human blood entirely and only drinks artificial blood crafted for him by a witch from a local coven.

Add in three vampire siblings, an older brother who’s an immortal werewolf and a tempting human who has an unusual hold over the prince, and we have one heck of a wild story.

Having said all of that, though, my books are YA-friendly. So while the vampires are dangerous, the story is not gory and does not go into unnecessary detail.

The genres you’ve chosen to write all require lots of worldbuilding. What is your favorite thing about building a world for your characters?

Honestly, I do a lot of the worldbuilding as I go. I love discovering the world I’m creating as I’m writing it. My stories are fairly fast-paced and full of action because that’s what I enjoy as a reader. But, of course, the rules of the world the characters live in play an important part in what drives them.

If you could spend a day with a fictional character and decide what to do, who would you choose and where would you take him or her?

Oh my goodness. That’s a hard question! I’m going to have to go with Doctor Who on this one (preferably as played by David Tennant) because he could take me ANYWHERE in time or space. I’d let him surprise me!

I understand you have a free story called Blood Heirs, which is the prequel to Vampires of Crescent Cape. How do readers get their hands on this?

Yes! It’s a bite-sized origin story and gives readers a glimpse into how the vampire siblings, the Blood Heirs, and their immortal werewolf brother came to be. Readers can grab a copy here: https://dl.bookfunnel.com/j2dl7bb4hr

What is the best place for readers to learn more about you and your upcoming releases?

They can join my Readers’ Group at www.ldanvers.com/subscribe. They’re also welcome to join my fiction and fandom Facebook group, Gather with L. Danvers.

L. Danvers is the author of YA-friendly paranormal romance, fantasy and science fiction. She writes what she likes to read, so her books include memorable characters, tons of action and are real page-turners. And, of course, there’s plenty of romance in there, too! 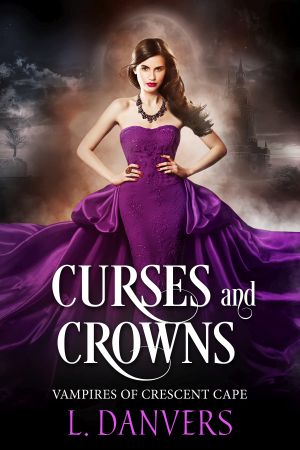 Readers, here is the blurb for CURSES AND CROWNS. Check it out today.

A cut-throat competition.
A romance to die for.

Danielle Parker’s life was a dream. Until it became a living nightmare.

Ripped of her memories of how she was kidnapped from her family, Danielle is whisked away to the mystical Crescent Cape—a kingdom ruled by vampires, where she is to live out her human life as a blood slave.

She’s not going down without a fight.

But her plans are thwarted when she’s selected to compete for the prince’s heart.

The winner will be turned into a vampire and taken as his bride. And the losers’ blood will be fed to the princess-to-be to complete her transition.

As much as she’s disgusted by the idea of the competition, and as dangerous as Prince Aiden is, she can’t deny her attraction to him—or to his troubled brother, Julian.

Will she be able to resist the brothers’ charms? Or will she find herself pulled into the dangerous world of the vampires of Crescent Cape?

A romantic and thrilling new series that will keep you on the edge of your seat. Perfect for fans of The Vampire Diaries, The Originals and The Selection.