This is a continuation of my post about my visit to Hobbiton in Matamata. Part one is here. 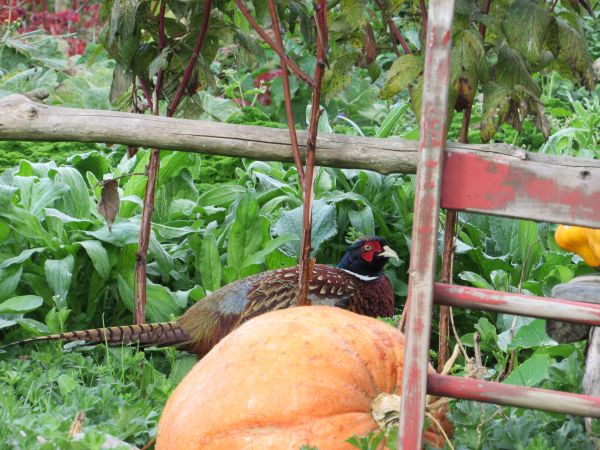 I was busy taking photos of Hobbit holes and my surroundings and saw something moving. It took me a moment to realize the pheasant was real and it was busy feasting on the vegetables. 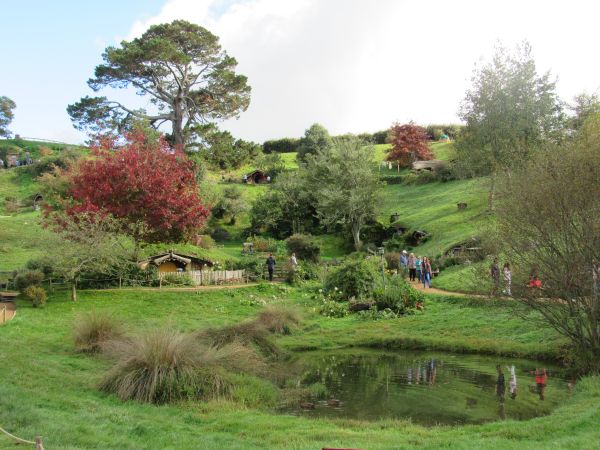 This is the frog pond. During filming the frogs made it challenging to hear the actors. Sir Peter Jackson paid someone to catch all the frogs and relocate them elsewhere so filming could continue without issue. The frogs found their way back… 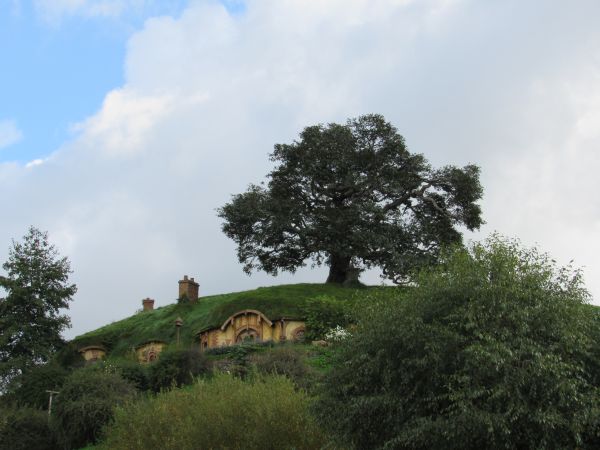 This tree, which grows above Bilbo Baggin’s home in Bagshot Row is the only fake tree. All the rest are real. A few days before filming Peter Jackson visited the site and decided the tree’s leaves had faded to the wrong color. A man spent two days spraypainting each leaf. The trees are resprayed every few years. 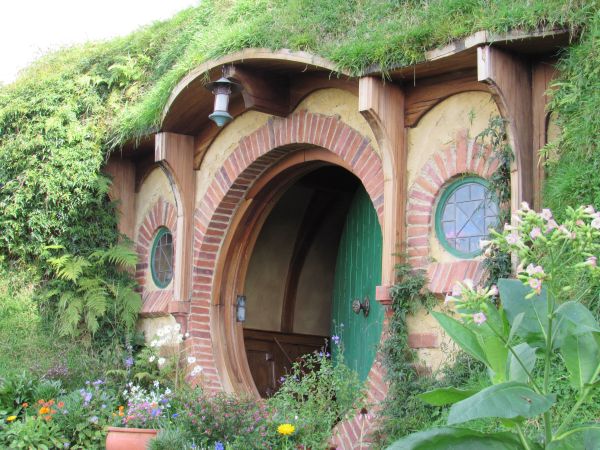 Bilbo Baggins is one of the more prosperous hobbits. We know this because his home has lots of windows, and Hobbits are taxed by the number of windows in a dwelling. 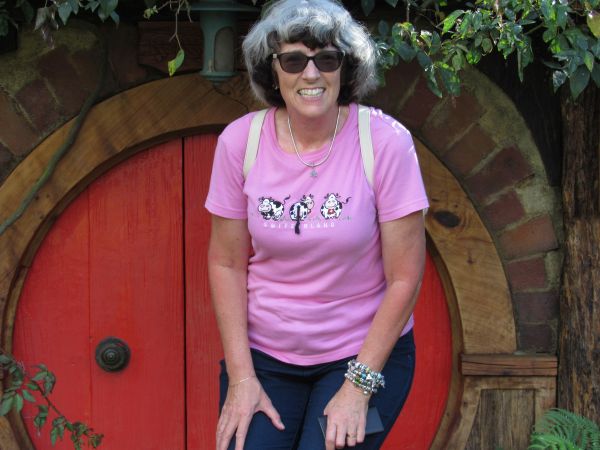 Each of the Hobbit holes is empty inside since the interior shots were all filmed at studios in Wellington. 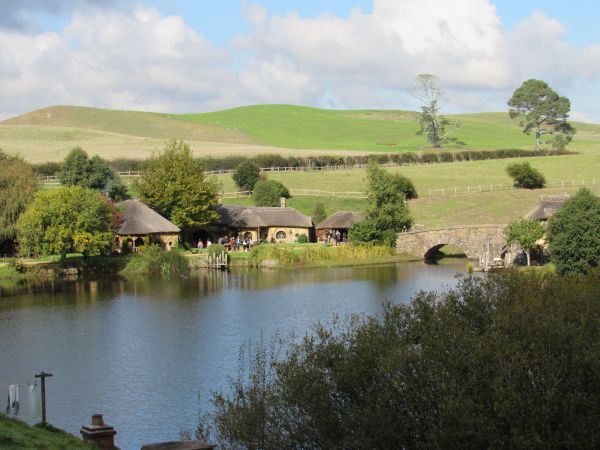 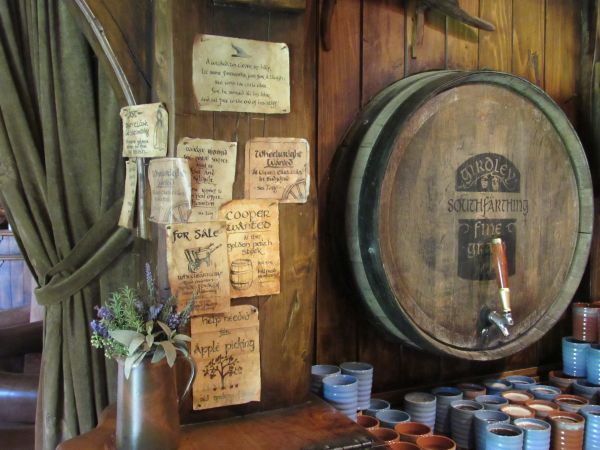 The drinks are all brewed especially for Hobbiton. I tried the apple cider, which was delicious.

If you’re ever near Matamata, I recommend a visit to Hobbiton. It’s pure fun and whimsey, and I loved every moment of my visit.