What Makes a Good Heroine?

My special guest today is paranormal author, JA Saare. Her post is about heroines and in particular Buffy and Bella. I’m a huge Buffy fan, but also a very new one since I’ve just started watching the series for the first time. I’m hooked. Over to you, Jaime… 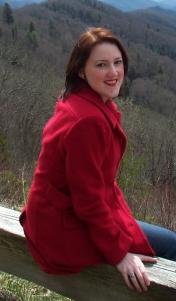 What makes a good heroine? Is it a hard-assed Buffy or a soft-spoken Bella?

I remember it like it was yesterday. The WB network was advertising this brand new show that was a spinoff of the movie sharing the same name. At first it was laughable, and I made the common joke about the “frog” network and their futile attempts to survive in a Seinfeld ruled world.

Beastly creatures and high school metaphors aside, how could anyone take such a thing seriously? The market for the paranormal, at that time, was weak. Even with a devout cult following, shows like Kindred: The Embraced were shelved after one short season. Darkness didn’t prevail, people wanted pep, they wanted sass, they wanted Rachel’s latest haircut! Still, I tuned in, reminiscing about the days when Dylan Mckay was the hottest thing since freshly mopped tar on a sweltering summer roof. Chewing my popcorn and drinking my Jolt cola, I watched a young and impressionable Buffy Summers enter into the Hellmouth, err, I mean the doors of Sunnydale High, for the first time.

And whaddya know? It was love at first stake.

Buffy was tough. She was strong. And she could make the high school jocks cry like hard core sissies. But even more importantly, she was a total girl. Her need to belong to the world she was so apart from was so raw, and so very relatable. Each week brought about new challenges with real themes, ranging from first love, to domestic abuse, to losing your virginity and discovering the guy you thought you loved isn’t who you thought he was at all.

Those next seven years were some of the most memorable of my life, and I remember them fondly because they were shared with a young girl that was roughly my age when the show started and ended. Oddly enough, we shared heartache and growth, and when those final credits rolled on the final episode, The Chosen, I wept. When it was all said and done, I knew there would never be another heroine to compare, and I bid a very fond farewell to one of my favorite characters of all time.

Fast forward a couple of years.

I was browsing the books in my local Barnes and Noble, looking for something to pass the time. My favorite authors weren’t due to for a new release, and I wasn’t in the mood for the usual romance. I wanted something different, something with bite.

A cover got my attention. It was simple but elegant, a pair of alabaster hands palming a ripe red apple. Figuring I had nothing better to do, I snagged the book and purchased it along with a double Mocha Latte. I read it in record time. It was a beautiful story, a romance that used sensuality to sell. Sure, Bella was a tad annoying, but what girl isn’t at that age? And that hunk, Edward, hubba-bubba! Not a bad read at all, and guess what? The sequel, New Moon, was coming soon!

It was a good thing I had the foresight to save that first edition hardback, because soon after, the Twilight frenzy was born.

Now, it’s all about New Moon. The motion picture is on the way and the hype has just begun. As I stare at the numerous billboards lining the walkways of Target and Wal-Mart, I have to ask myself…What is the deal?

Attending the release party at that same Barnes and Noble for Breaking Dawn was a mind-blowing experience. For one, I discovered no book, and I do mean no book, is worth the agonizing shrieks of ecstatic tweens as they clamor for their sparkling vampire fix. Fights broke out over quizzes that indicated your “blood type”, and if you were the parent of the disgruntled girl that got the white paper bracelet that signified Jacob’s preference, Lord help you.

Then it hit me.

The frenzy isn’t about Bella at all. It’s all about Edward – the man that completes her. For without him, she is nothing.

Testing my theory, I pulled out Twilight and read it again, then came New Moon and Eclipse. Yep, it was just as I thought. Bella, the ever normal Mary Sue that is plain and shy but shows up at a new school and becomes uber-popular and snags the attention of the notorious unobtainable vamp himself, is only important so long as the topazed-eyed vegetarian sparkler is at her side. What better way to prove self-worth than to gain the attention of the most beautiful creature in existence, and maintain it permanently?

Jaded and angry, I pulled out my DVD collection of Buffy The Vampire Slayer, starting with season one. There were similarities – anxiety, shyness, attempting to fit in.

But then, it happened.

Buffy meets Angel, and in true kick-ass manner, she blows him off. Oh, to be sure, she did so in a sultry fashion. And what do you know? The boy follows her. Thus, one of the most beloved and indelible couples on the small screen was born.

It’s a shame Buffy The Vampire Slayer didn’t get the recognition Twilight has. Though they are notably different (Buffy, though in print and comic format, is inherently a television show), the messages were so much deeper, so much more involved. Sure “Buffy The Vampire Slayer” sounds silly, but that goes to show you that it’s not smart to judge a book by its title, or in this case, the catchy symbolism of a cover.

If Mr. Whedon has some free time, maybe he can schedule an intervention and do the world a favor.

Have Buffy give Bella a call, Joss. The world needs a reality check.

J. A. will be giving away a $10 Amazon.com gift certificate to one randomly drawn commenter from her blog tour so don’t forget to comment here to have a chance to win. For details of JA Saare’s entire blog tour go here.

Which heroine do you prefer? Buffy or Bella? What do you think makes a good heroine?

← Blowing in the Wind. Awesome Things →