Visitors to London will notice there are lots of green areas in the Westminster and central city areas. Some offer workers a breath of fresh air and a place to while away their time during a lunch break while others are a private oasis available to the surrounding homeowners.

London’s squares date back to the mid 17th century. They were an English concept, copied by other cities and countries.

Golden Square (thought to originate from Gelding Close when the land was used for grazing horses) began life in 1673 when John Emlyn and Isaac Symball initiated development here.

Early residents of the thirty-nine houses that surrounded the square were the Duke of Chandos, the 1st Viscount Bolingbroke and the Duchess of Cleveland. During its early years the square was a political centre and a sought-after address. This changed by the 1750s when newer and more fashionable addresses to the west on the Burlington estates became favored.

Charles Dickens used Golden Square as a setting for one of the houses in his novel Nicholas Nickelby in 1839. The woollen and worsted trade moved in toward the end of the 19th century.

During the Second World War an air raid shelter was dug beneath the garden and the iron fence taken for salvage. Restoration work took place after the war and the garden was opened to the public in November 1952.

We visited on a sunny weekday and the square was full of workers eating their lunches. Not a bad place to be during a lunch break. 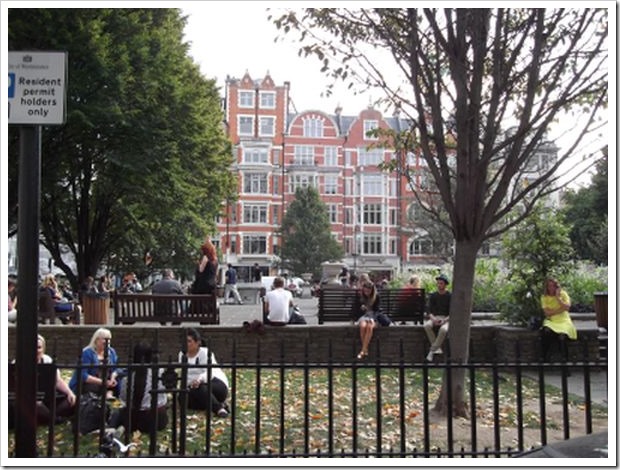 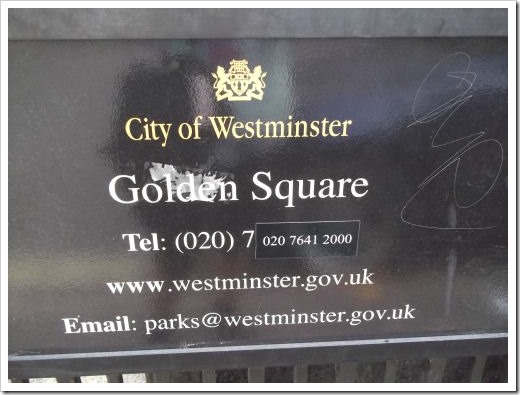 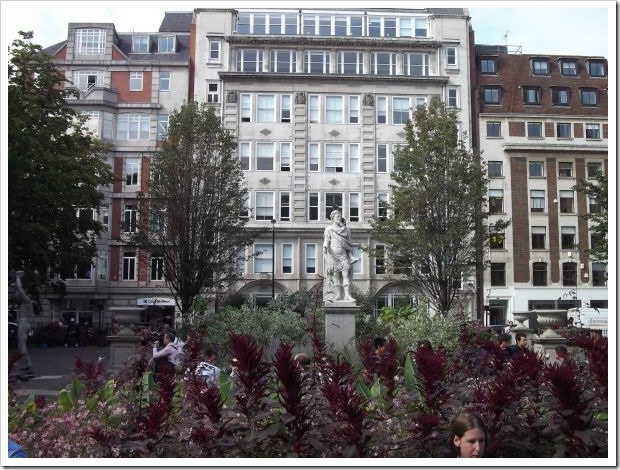 The London Square: Gardens in the Midst of Town by Todd Longstaffe-Gowan