13 All Black and Rugby Facts

The World Cup Rugby tournament is currently underway in Britain, and as I write this the quarter-finalists have been decided after several weeks of pool play. I’ve been cheering for the New Zealand team.

1. The All Blacks are New Zealand’s national rugby union team.

2. They start each International game with the haka, a Maori war dance.

3. Their name, the All Blacks, comes from their uniform, which is a black jersey with a silver fern and black shorts. They were first referred to as the All Blacks in 1905.

5. The next time they won the cup was in 2011, and the team is attempting to be the first team to win back-to-back world cups.

6. The All Blacks were the 2014 Rugby Team of the year and are presently ranked the number one team in the world. I hope that record stays in place for the rest of the year!

7. The current captain, Ritchie McCaw is the most capped player in the world. He has played 145 games (probably more by now!)

8. Rugby union was introduced to New Zealand by Charles Monro in 1870. He discovered the sport while attending Christ’s College in Finchley, England.

10. A New Zealand representative team toured Britain in 1905. They are known as The Originals.

11. An Originals rugby shirt recently went to auction in Cardiff and sold for $275000.

12. International rugby was suspended during the First World War but a New Zealand services team competed in the King’s cup, a services competition. 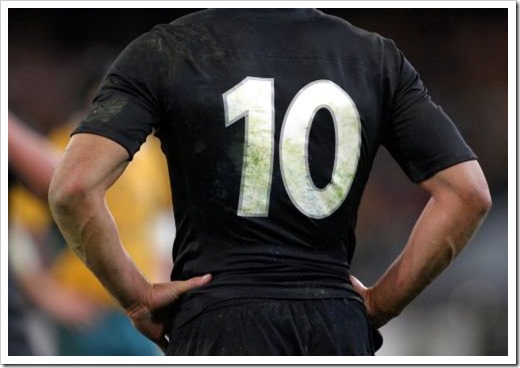 13. All Black Dan Carter holds the record for the most points scored – 1552 as at the beginning of October and hopefully more by the end of the World Cup tournament.

What is your favorite sport to play or watch?

← Review: Flowers From the Storm by Laura Kinsale It's Bedlam! →