Solange Luyon, a French Huguenot, arrived in Bath, England in 1680. She gained employment in a bakery and baked her own special recipe – a brioche bun, which was a dough enriched with egg. The buns were sold in the bakery where Solange worked and out in the street. Customers started to call in at the shop to request the buns, and they became fashionable amongst the wealthy Georgians who ate them cut open and spread with butter.

The buns were named Sally Lunn, and it is thought that this was an Anglicization of Solange’s French name.

These days the Sally Lunn is still a very popular treat. The Sally Lunn shop still exists in Bath and operates as a teashop. It’s a busy place and hubby and I were lucky to book a table for an early dinner. 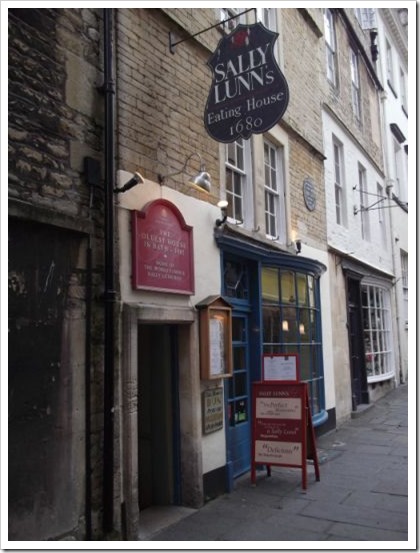 This is the outside frontage of Sally Lunn’s. Diners can sit either downstairs or upstairs. 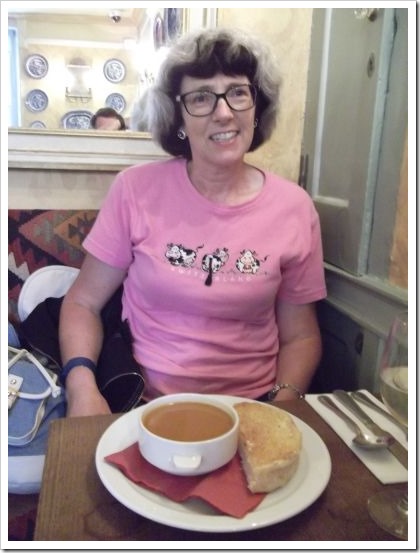 This is me with part of a Sally Lunn to go with my soup. The bun is very light and tasty. 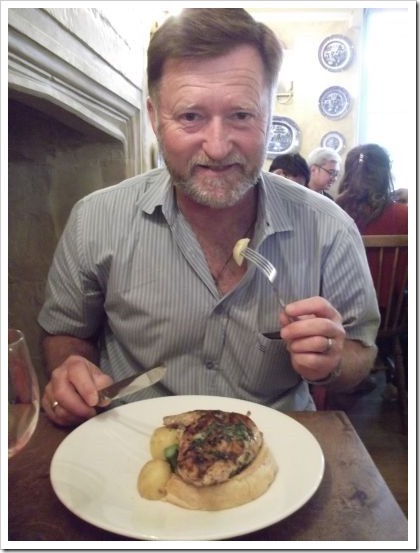 The Sally Lunn bun was used as a trencher (an old-fashioned plate made of bread) with the main course. Hubby had chicken and vegetables on his trencher. 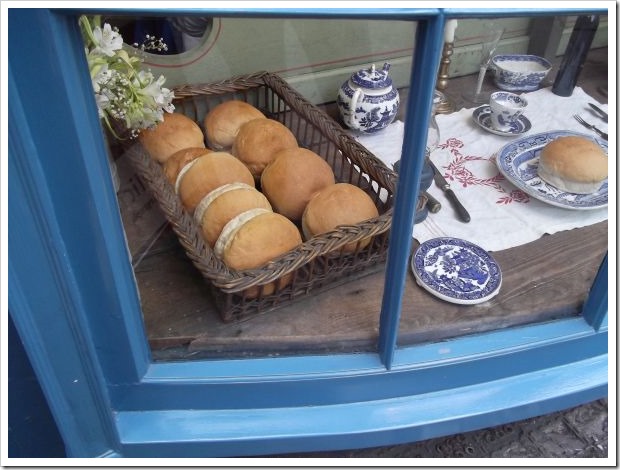 This is a photo of the shop frontage and shows a basket of Sally Lunn. The tops are rounded and the bottoms flat. Of course, once I tried my first bun, I decided I needed to find a recipe. Mission accomplished. As soon as I get a free weekend, I’m going to attempt to bake my own Sally Lunn buns. Watch this space!

Have you tried a Sally Lunn?