Jane Austen Writes Up a Storm in Chawton #travel

Jane Austen, author of novels such as Pride and Prejudice, Emma and Mansfield Park, moved to Chawton on 7 July 1809. Her brother Edward, who was adopted by the Knights, provided the cottage for his mother and two sisters after he inherited the estate left to him by the Knights.

These days, Chawton in Hampshire, England is a delightful village with a tea shop, a pub, a community hall, a church and some pretty thatched cottages. The house where Jane Austen lived with her mother and sister is directly opposite the tea shop and is now a museum dedicated to Jane.

A short drive away is Chawton House, the estate owned by Edward Knight, Jane’s brother. Edward lived elsewhere and let this estate to tenants. The Chawton House Library is also situated here—a special library featuring works of women writers from 1600 – 1830. Unfortunately, this was closed on the day we visited but the setting is beautiful.

This is a picture of the cottage from the main street. 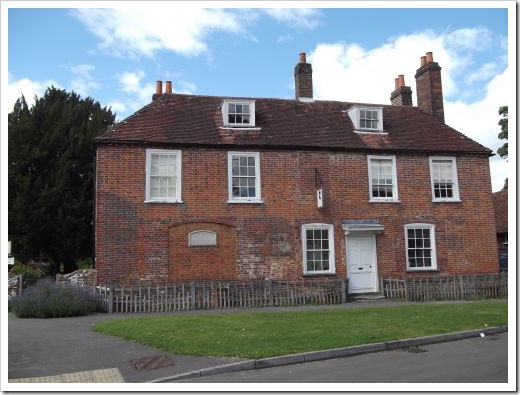 This is a picture from within the gardens, which are surprisingly big and full of plants for healing and also for dying fabrics different colors. 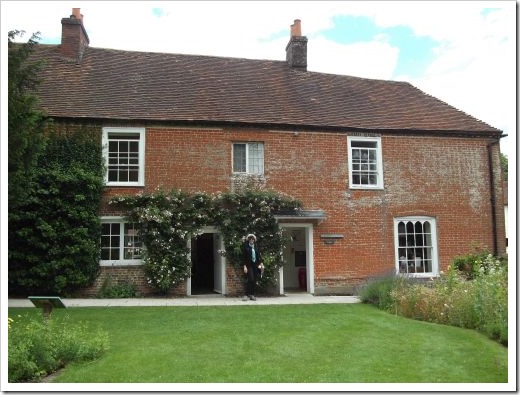 During our visit to England this time, I was surprised by the fact that many of the historical properties allowed photos (as long as the photographer didn’t use flash) and in many places we were allowed to touch and open cupboards. Most of the places we visited also had clothes available to try out. I couldn’t resist trying a Regency bonnet. What do you think? 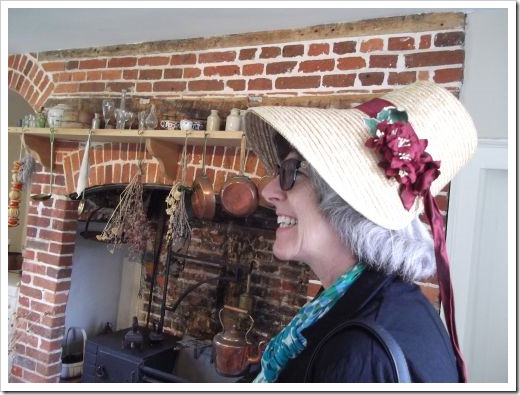 Jane wrote many of her most famous books while at Chawton. Sense and Sensibility, Pride and Prejudice, Mansfield Park and Emma. It amused me to see that Jane experienced publisher problems too. With me, it is the Publisher Who Shall Not Be Named, but Jane’s publisher didn’t want to publish a second edition of Mansfield Park. A new publisher called John Murray approached her, and she ended up publishing with him. While she was generally happy with her new publisher, she felt he took too long to get her books to market.

They have Jane’s writing table in the museum. It is made of walnut and has twelve sides. It is quite tiny and wouldn’t do at all for a present-day writer! 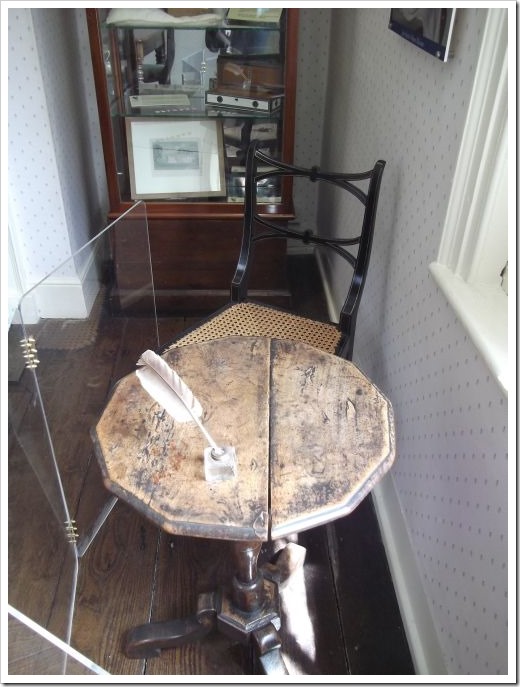 Jane became ill and in May 1817, she and her sister Cassandra moved to nearby Winchester to be near a doctor. They lived in this house, which is now privately owned. 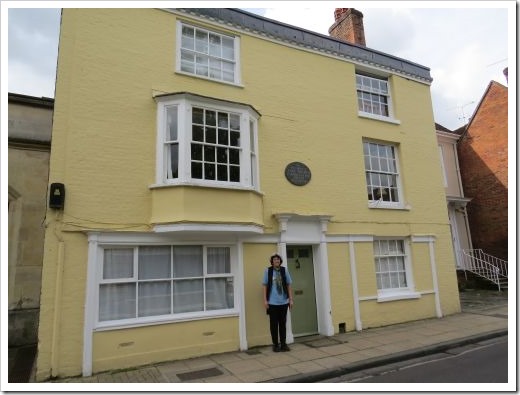 Jane is buried in Winchester Cathedral. 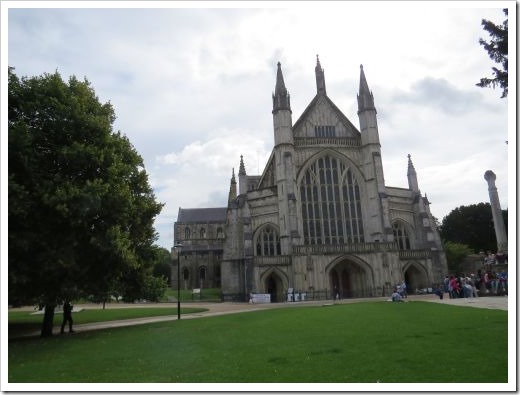 Are you a Jane Austen fan?