During our recent visit to Tasmania, I was determined to see a Tasmanian devil. I have seen them before, and they fascinated me with their grunting and growling and their surly, cantankerous  natures. I knew that the population of devils has experienced difficulties during the last ten years, and I wanted to see them again.

A Tasmanian devil is a stocky black or brown mammal, about the size of a cat. They have short back legs and since their front legs are slightly longer this gives them an ambling gait. They are carnivorous and have powerful jaws and sharp teeth, used to tear apart their prey of snakes, birds, fish and carrion. 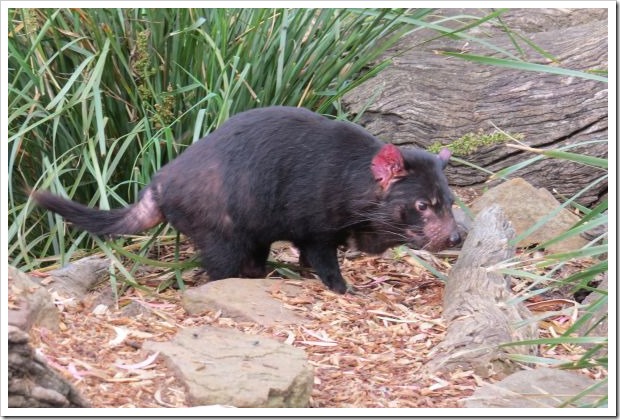 Early settlers named them devils because of their spine-chilling growls that filled the night. At one time, farmers thought that they attacked their livestock, and the population was almost wiped out. Once they became a protected species the numbers of devil increased until the mid 1990s. A large number of devil died with an illness called devil facial tumor. It is a type of cancer that made lumps form on the animals’ heads. Once they were infected the tumors made it difficult for the devils to eat and they died in the thousands. Captive breeding programs have saved the species from extinction but they are still vulnerable.

We visited Bonorong Wildlife Sanctuary where they take in injured animals. In most cases, they attempt to release animals into the wild, although they have a few animals that are unable to live in the wild due to ongoing injuries or problems. Along with Tasmanian devils, they had lots of kangaroos, wombats, emus and koalas. Hubby and I loved our visit here. The staff and keepers were friendly and helpful and answered loads of questions. Their enthusiasm was infectious. 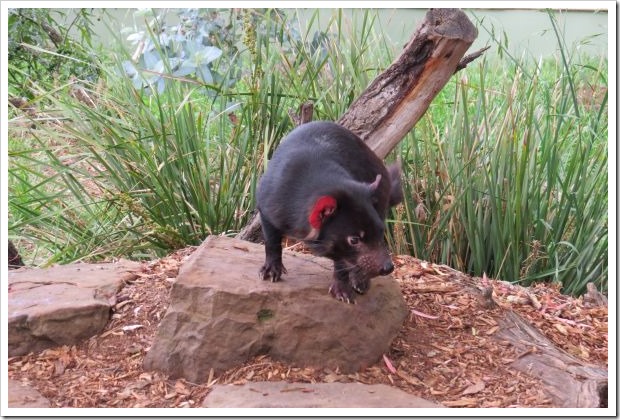 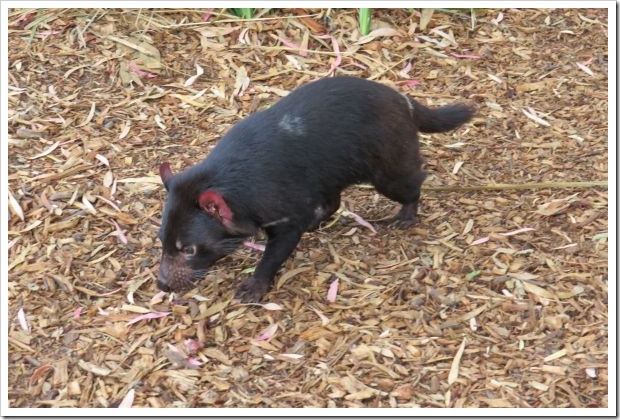 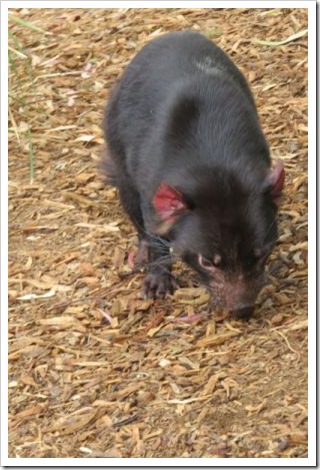 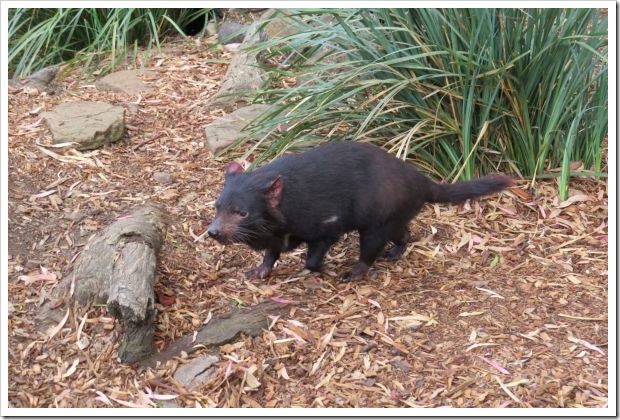 What do you think? Would you like to come face-to-face with one?

← Grab Your Free Copy of Spies Anonymous #contemporary #romance How Do You Get Rid of a Stuck Song? →