A Visit to Grytviken, South Georgia

The island of South Georgia was first discovered in 1675. It was named Roche after Anthony de la Roché, the ship’s commander who found the island. In 1775 Captain Cook made the first landing, renamed the island after King George III, and it subsequently became a British territory.

The first whaling station was founded in Grytviken in 1904 by Norwegian Carl Anton Larsen. Grytviken was one of seven whaling stations on the island and the largest. During the summer months, from October to March, up to 300 men worked at the station.

By 1960 whalers had depleted the area of whales, and the station became unviable. Grytviken closed in 1964. Much of the equipment and several ships still lie where they were left.

These days, Grytviken is a popular stop for cruise ships. There is a museum, a shop, and a post office, and the cemetery here is the last resting place of the famous explorer Sir Ernest Shackleton. 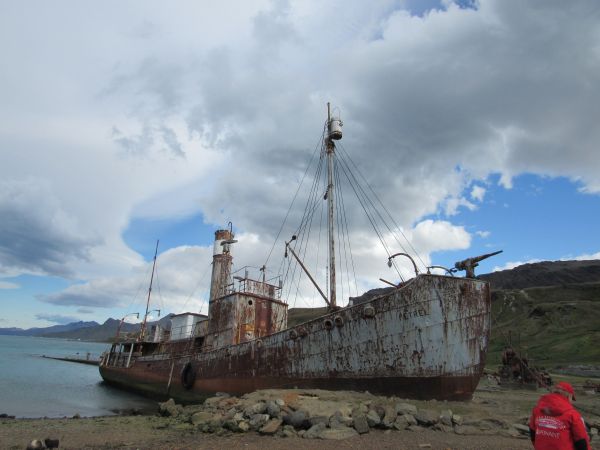 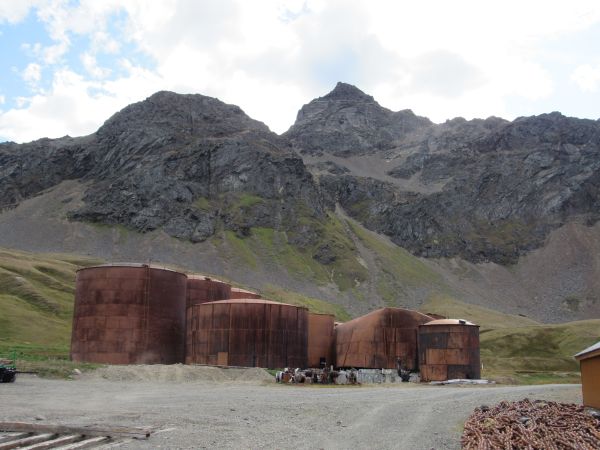 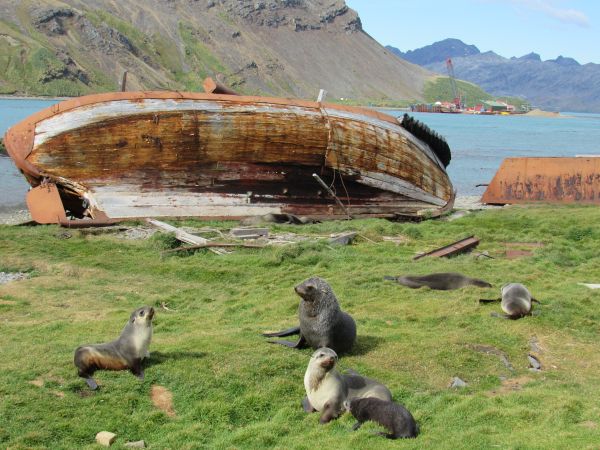 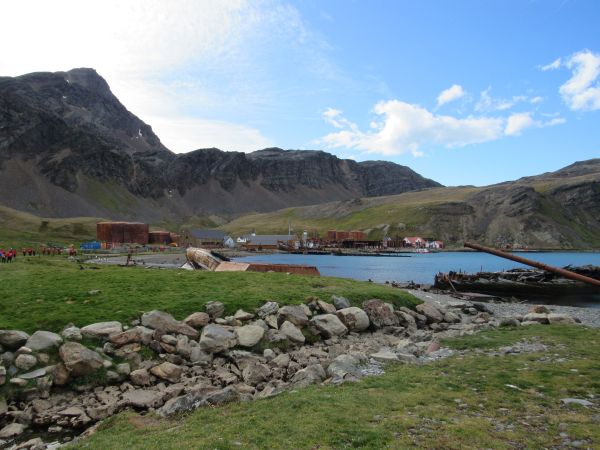 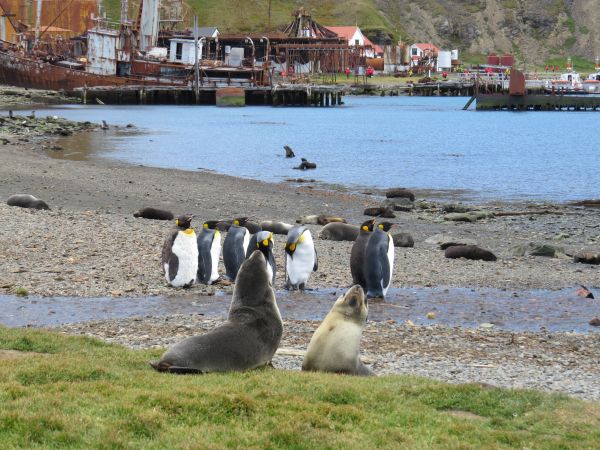 A view looking back toward Grytviken with some of the locals. 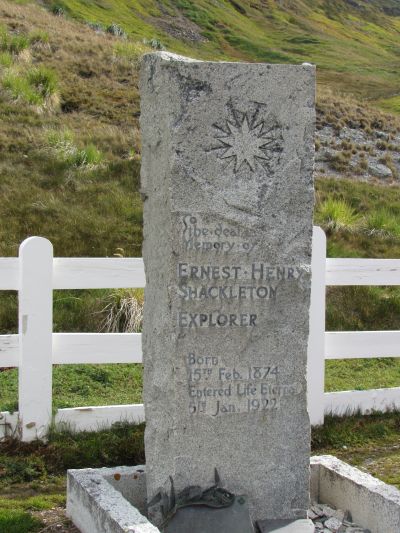 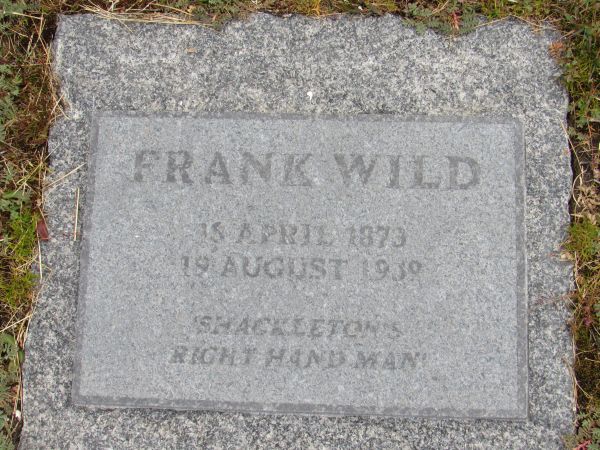 Sir Ernest Shackleton and Frank Wild, his friend, are both buried in the Grytviken cemetery. 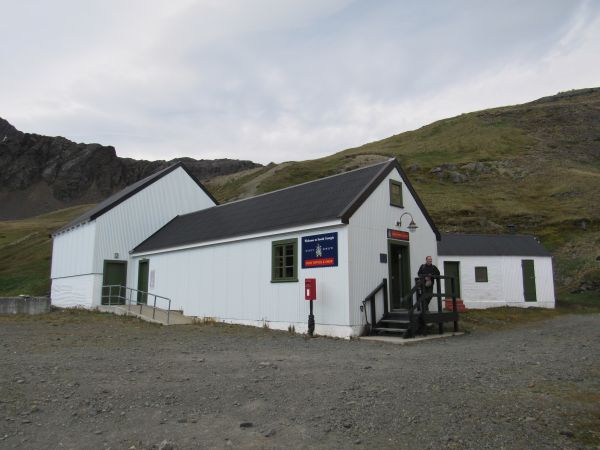 The shop and post office do a brisk trade with the tourists. 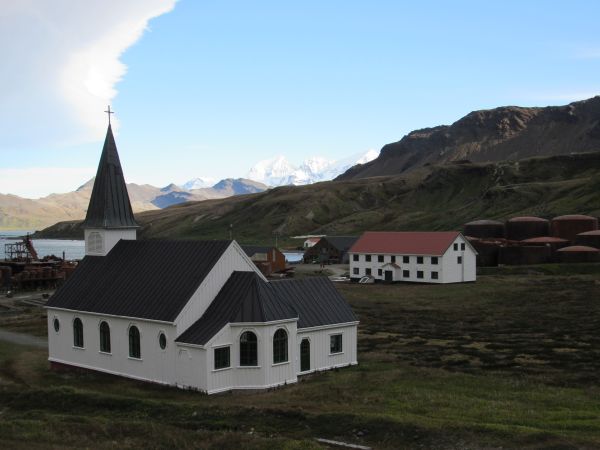 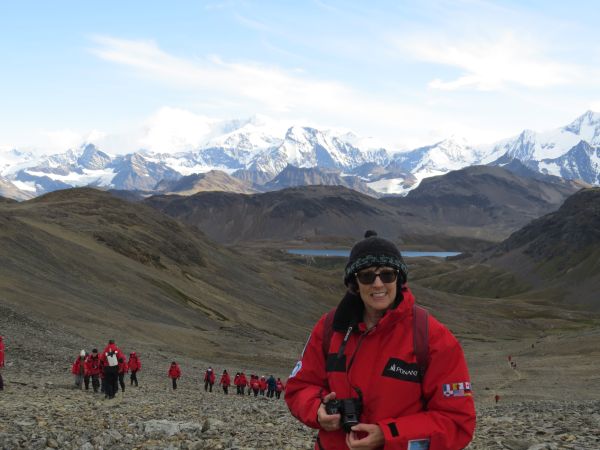 A pic of me exploring the area beyond Grytviken. As you can see it’s very barren and craggy. I loved our visit to Grytviken, and it turned out to be an inspiring one, because I used the settlement as the setting for my recent release. While it’s difficult to travel to South Georgia, try an armchair visit and check out Snow Moon Dragon today!

← A New Book in the Dragon Investigators Series A New Cover For Middlemarch Shifters, My Plan B →