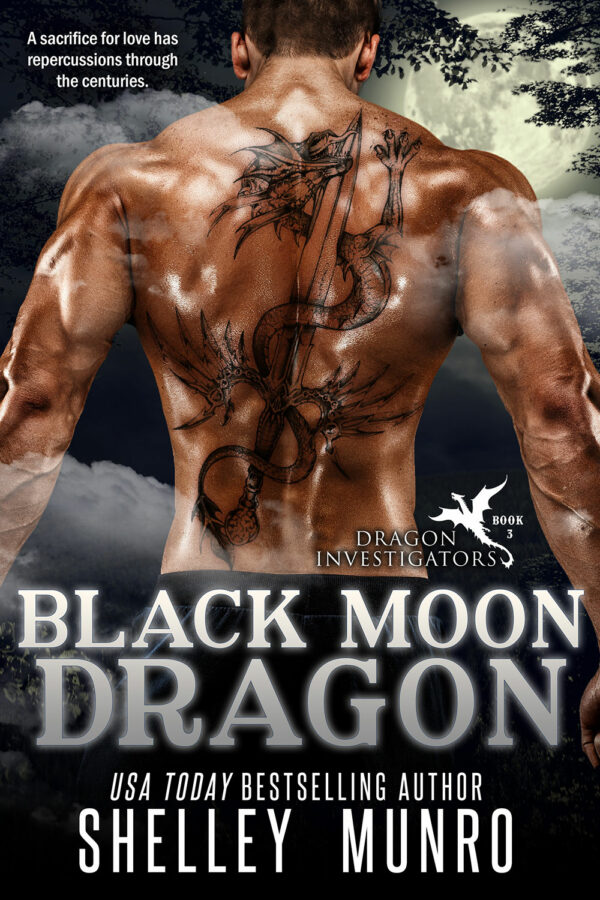 Her life has taken a turn to Crazy Town.

She has caught a weird disease.

And now, this scary big dude is offering help.

But what’s his angle?

Jessalyn Brown. A daypack of possessions. Debts. Half-blood with huge, fiery problems. Her only wealth is an old pendant.

She’d be crazy to trust this man, yet every instinct is propelling her to say yes.

What if he turns her into the cops? Or has nefarious plans for her body? She’s no dummy even if she is new to the city.

Finally, Jessalyn agrees to stay with him, but if this dragon gets out of line, she’ll leave in a heartbeat. Her way or the highway.

Stand well back because her flames are hot!

You’ll adore this dragon romance because it contains a grumpy billionaire taniwha with his mesmerizing tattoos and his dislike of, dragon politics, plus the strong, sassy woman who is about to burst out of her cocoon and kick dragon butt.

Other Books in the Dragon Investigators series 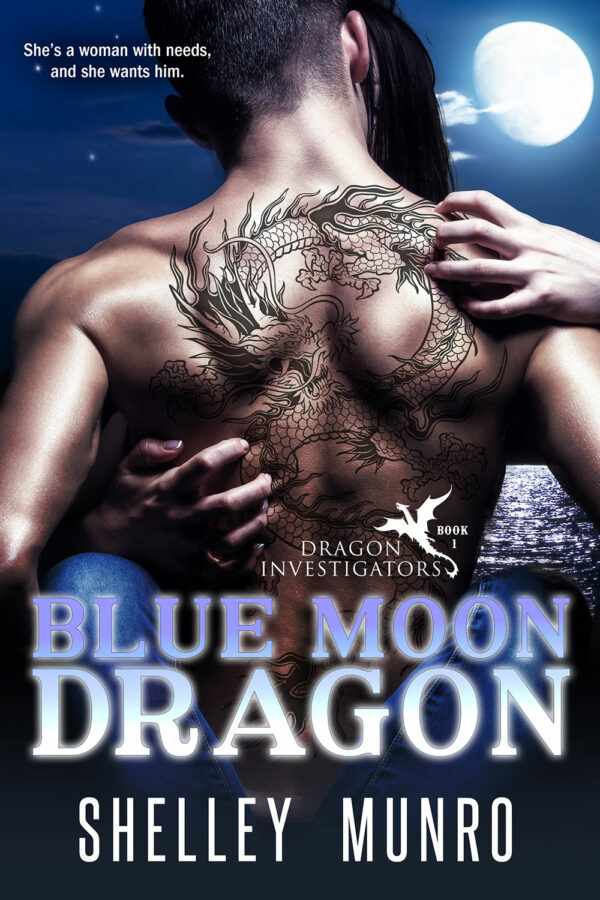 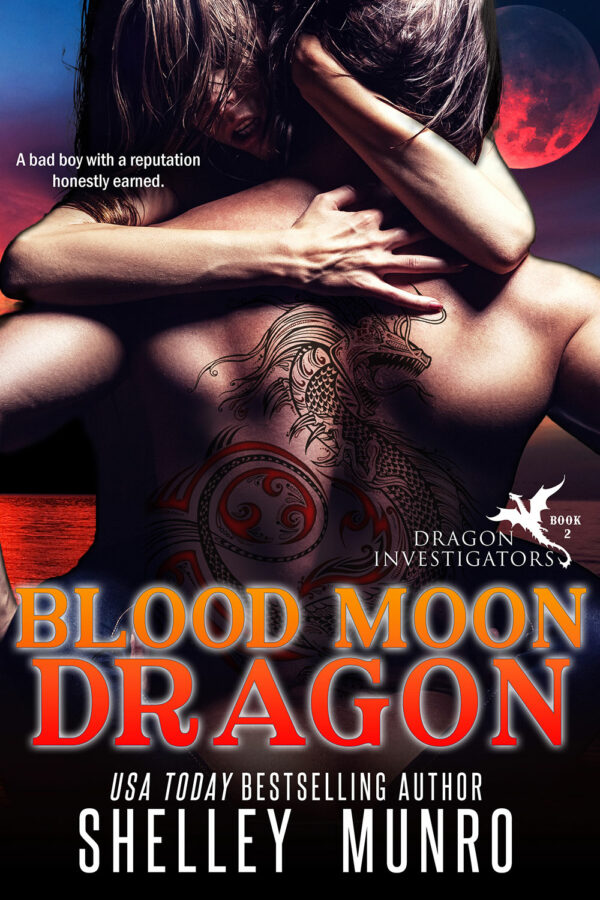 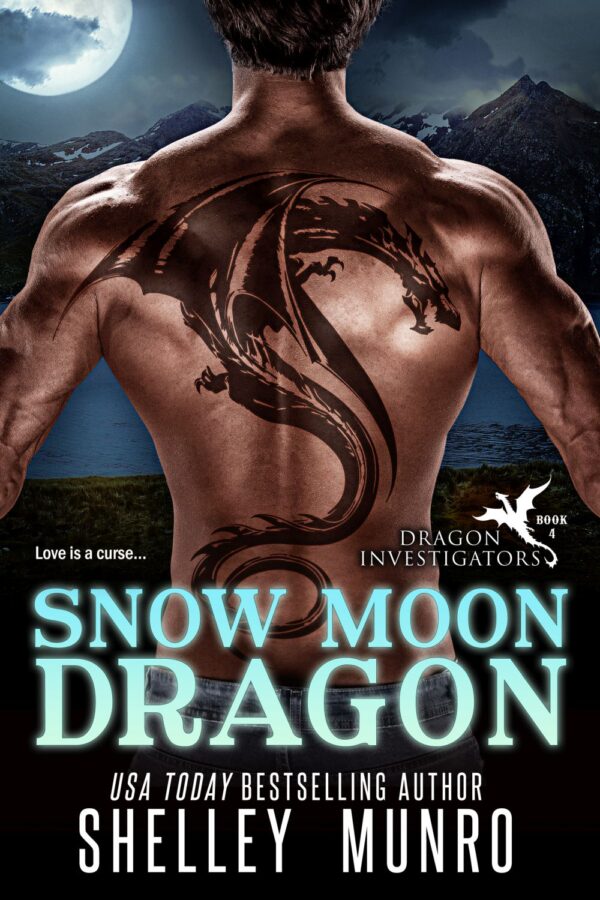 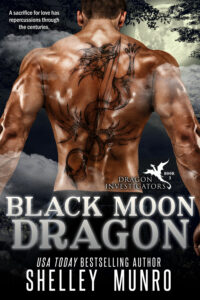 Manu raced outside via a side door, heedless of his nudity. With the lack of rain, if that fire spread, he might lose his warehouse. Damn. He could hardly beat out the flames with his hands. He sprinted back inside and grabbed a fire extinguisher. By the time he returned with the extinguisher in hand, the flames had spread.

He skidded to a halt as he noticed a woman, cursing and swearing as she thumped the flames with… Was that a T-shirt?

“Get out of my way,” Manu snarled and pulled the pin on the extinguisher. He aimed at the base of the fire, terror racing through him. If this didn’t work, he might lose everything.

The foam doused the flames and for a while, he thought he’d win, but the breeze picked up, breathing new life into the blaze.

Once the contents of the extinguisher finished, he cast it aside and raced for the hose.

“Make yourself useful,” he ordered. “There are old sacks inside the door. Grab a pile and help me put out this fire.”

Probably wasting his breath. He didn’t bother waiting to see if the woman obeyed but turned on the water and ran out the hose. It was too short, but he aimed the flow at the surrounding grass. To his relief, the water doused some of the flames, and he relaxed once he realized he’d halted the spread.

The woman appeared, her black hair blowing around her face and obscuring her features. A stranger. What the hell did she think she was doing trespassing on his property? Hadn’t the padlock told her he didn’t welcome visitors?
She attacked the flames with the sacking while he continued to flood the area with water. Finally, the fire vanished and only charred grass and the delicate green fragrance coming from the woman remained.

Manu shook himself. What the hell? He stomped back to his warehouse, dragging the hose with him. After turning off the water, he coiled the hose, leaving it tidy for next time, and switched on the outer lights. He wanted illumination while he interrogated his intruder.

From the corner of his eye, he spotted the woman’s stealthy retreat. “Where the hell are you going?”

For an instant, she froze then she bolted, darting toward a hole in his fence. Obviously, the spot where she’d entered his property. Manu sprinted after her and grabbed one kicking leg before she squeezed free. Fear and desperation gave her strength, but he was even more determined. He hauled her back and dragged her closer to his warehouse. She kicked but didn’t shout or screech in the usual feminine manner. She didn’t speak at all, just renewed her struggle.

Manu grasped both of her arms and shook her a little. “Stop fighting.”

“You’re naked.” Her gaze darted down his torso, lingered on his groin and skittered away with the speed of a frightened rabbit. Beneath her dark brows, her brown eyes were rounds while her brown skin hinted at a combination of European and Maori ancestry. She stood tall, perhaps six inches less than his six-four height, and she was solid. Muscular rather than fat. The baggy jeans and burned T-shirt she’d donned didn’t do her justice. Through the burn holes in the cotton, he glimpsed a flat stomach and her breasts pushed against the fabric, hinting at their fullness.

Startled by the burst of heat in him, he sucked in a deep inhalation. A huge mistake. Her fresh green scent filled his lungs and stirred his taniwha from his usual sulk.

“Why are you on my property?”

“I wanted somewhere to sleep.”

“Why did you set the fire?”

This time her words held a crisp edge. Lie.

“Give me one reason why I shouldn’t call the cops.”

Her brown eyes widened. “No. Please don’t do that. I—”

“Stop. If you’re going to tell me you’ll do anything in exchange for me turning a blind eye to this, don’t go any further.” He froze as her gaze slid to his groin again and cursed inwardly as his cock filled and lengthened.
He shoved her away but pinned her with a glower when she gathered herself to run in another escape attempt.

“I-I’m not running. I’m gonna be sick.” She made a hoarse sound from deep in her throat and lurched to the right.

Manu glanced away, wanting to give her the illusion of privacy while every one of his senses focused on her.

Instead of a vomit and stomach acid stench, ash, charcoal, and smoke filled his nostrils. His gaze whipped back to her, and he cursed. He grabbed one of the unused sacks he hadn’t returned to his warehouse and beat at the flames that licked over the flattened grass. The woman made a croaking sound and spat another line of sparks. At least this one was on a patch damp from his firefighting efforts and the dry stalks sizzled but didn’t catch.

Now, he watched her closely, and despite the soot and burned grass, he kept catching whiffs of her personal scent. It reminded him of standing in a patch of native bush, and he dragged her perfume deeper into his lungs. Underlying the fresh green was a hint of flowers and honey.

Every muscle in Manu’s body locked, his mind snapping and popping, so great was his shock. Beneath his tenseness, his beast quivered like an unruly puppy ready to break his master’s order to stay. Manu swallowed hard and cautiously sniffed. This time, he groaned faintly as he dragged in her scent. Crap on a stick. He closed his eyes as she barked out another croak. Once she stopped, he beat out the new fire.

“What is your name?” Manu understood his taniwha’s stupid giddiness and excitement while he—the man—trembled as if he balanced on the edge of a cliff. One wrong move and he’d free-fall. “Name.”

She wiped her mouth and met his gaze with trepidation. “I don’t know what is wrong with me.”

She hesitated before releasing the tension in her shoulders.

Manu held out his hand, and caution slipped over her face before she grasped his fingers. He hauled her to her feet, so rattled by her scent and appearance, he forgot to temper his strength. She bounced against his chest.

Jessalyn grunted at the impact, and he steadied her with hands at her hips. A mistake because now her enticing scent flowed through his lungs. His mind groped to understand while his taniwha thumped out a victory haka.

This stranger… Jessalyn McKenzie was his mate. This woman was the one nature had determined his perfect match. He eased his grip on her hips and ignored her gasp and his swelling dick.

“How long have you been breathing fire?”

She blinked once, her dark lashes screening her brown eyes. Her swallow was audible, and anxiety shrouded her like the traditional feather cloak handed down through the generations in his family.

“Tell me.” He snapped out the words, and she jumped.

His taniwha stirred beneath Manu’s skin, and it was easy to discern his displeasure. He was scaring their mate.

“The fires in the Domain?”

She gulped, her gaze darting to the battered runners on her feet. “Yes.”

“Do you enjoy lighting fires?”

“No!” Her gaze snapped to him, and she tried to yank free. “Enjoy this? I have no control and that’s scary. There’s something wrong with me, and it’s not the kind of thing I can consult about with a doctor. They’d lock me up.”

Manu frowned. He’d watched her poor control, but he’d assumed he’d scared her or made her nervous. But her lack of finesse was a problem. It was a matter of time before the cops caught her. He’d seen and listened to the media coverage—the speculation of a firebug lighting fires in the Domain. The press had interviewed several of the homeless people who slept rough in the nearby bush. He’d witnessed the glow of fires during his flight the previous evening.

An insidious thought crept through his brain, and his hands tightened at her hips. It had become obvious to him, she didn’t know why she was breathing fire. And her control. She had none. She was a danger—to property, to herself, to the taniwha people.

Jessalyn McKenzie might be the woman destined as his mate, but if she didn’t exert control on her taniwha, his people would fear for their safety and bay for her blood. He’d have no option but to execute her.

“This fast paced plot keeps readers on the edge of their seat with surprising twists, thrilling suspense, and adrenaline pumping excitement. The more that Jessalyn learns, the more exciting things get with betrayals, secrets, and dragon politics turning the Taniwha dragons’ scales upside down. Lots of challenges to be overcome and decisions to be made adds action, adventure and depth to this page turning and stunningly entertaining read.”
~ Stormy Vixen Reviews