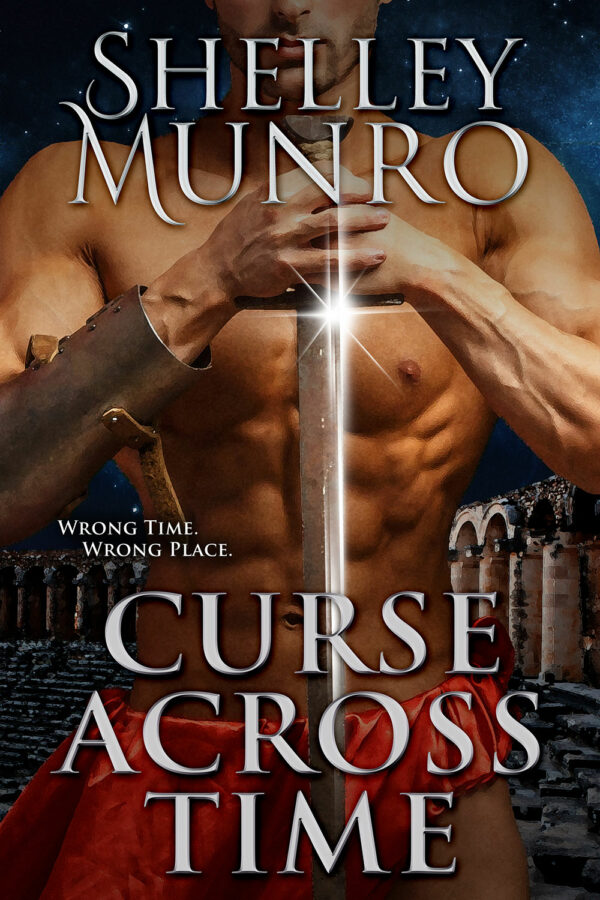 Life is a chariot race for Marc Angelo and Tarquin Navona. Friends, rivals and rock stars of Circus Maximus in ancient Rome, they wow the fans with their daring driving and take their choice of lovers. A fine life indeed—if Marc weren’t harboring feelings for Tarquin. It’s difficult to behave normally when he craves physical contact with his friend’s muscular body, but Marc resists, too afraid of losing Tarquin entirely.

He needn’t have worried. Fate has plans for them. Very long-term plans…

When a powerful sorcerer catches Marc and Tarquin with his wife, he curses them to imprisonment in stone. Centuries pass, and Marc’s love and lust for Tarquin only increases. His friend doesn’t have a clue, but that’s the least of their problems. They have no idea how to escape their predicament—and may be doomed to spend eternity cursed.

Inside Scoop: Marc and Tarquin take a brief dip into M/F/M ménage waters. They discover quickly enough they should’ve contained their lust to each other. 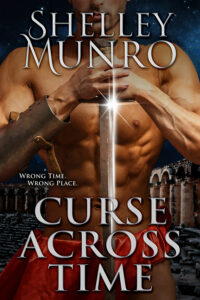 Marc watched the men and women through his misty vision. During the passing centuries, he’d become used to obscured sight and muffled hearing. Their inability to communicate with anyone except each other. He…
No, by the gods. None of that was true. Despair sat on his shoulders, although he tried not to let Tarquin sense his mood.

Entombed in stone, shipped to the new world by collectors and displayed as part of the statuary in a casino hotel, they could see and hear and watch the world pass them by while they remained stagnant, cursed and never aging.

“It’s almost our anniversary,” he reminded Tarquin, his heart clenching at the depression he sensed in his friend.

“And the twenty-four hours of freedom will go like all the others. We’ve tried everything. Hell, we were out of ideas after the first fifty years.”

Every year on the anniversary of their stoning, they were released for twenty-four hours. Marc tried to remain positive, but it was difficult when nothing they did stopped the curse from drawing them back and imprisoning them until the next time.

Tarquin remained silent, brooding in a way that had become commonplace over the centuries. Marc’s heart gave a hard wrench and tears stung his eyes. Frustration ate at him too, but there must be a reason they were allowed freedom, no matter how short the hours.

“This is my fault,” Tarquin said.

“Shut up.” Marc focused on the people milling about. A young couple came to a halt in front of them.

Her boyfriend snickered. “I’m bigger than them.”

The blonde wrinkled her nose. “It’s a statue. They’re not a threat to your masculinity.”

“It would’ve been nice if they’d let us put on our tunics first,” Tarquin said unexpectedly.

“It could be worse. At least we’re not butt naked when the curse relaxes,” Marc said absently. “I’m going to the library to do some research, tap into the Internet, check our investments and bank accounts.”

“What’s the point?” Tarquin’s tone was a verbal shrug.

“We must have the ability to assimilate modern knowledge for a reason.”

“It’s to torture us for daring to touch his wife,” Tarquin said. “The man holds a colossal grudge.”

“If you don’t want to help me, go and play the tables. We’ll need more money once we break the curse. Or find a woman to fuck. That always cheers you up.” Marc tried to ignore the pain hammering him. If it weren’t for the curse he’d crumple like a piece of paper, the ache in his heart almost too much to bear. The years had done nothing to cure him of his craving, his love for Tarquin.

“This is a well written book with an interesting story line.The author brings strong well developed characters , gives them a hot chemistry and weaves an intriguing and hot romance. The supporting characters help to move the story quickly and smoothly. I enjoyed this book and would recommend reading.”
~ Bookbub reviewer