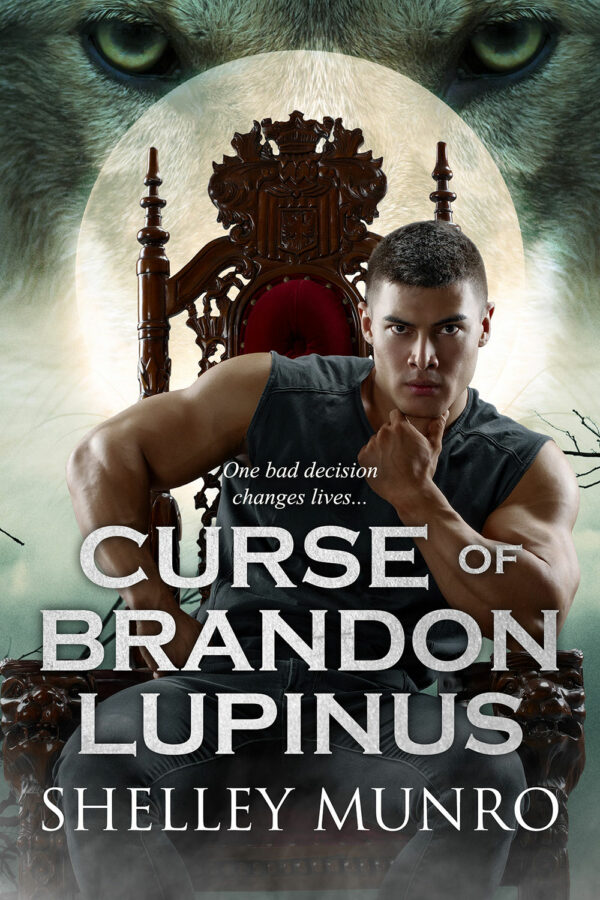 Walk the ghostly world. Howl at the moon.

Alone Brandon Lupinus until need forces you to act, as a decent man should.

Since the day a witch cursed him, Brandon Lupinus has walked alone, tied to Tavistock, his ancestral home. Jess’ arrival brings unexpected changes-corporeal changes. For the first time in centuries, Brandon experiences passionate, unbridled sex that ignites his ghostly world with new possibilities. New problems. Brandon is no longer alone but he still can’t seem to break his curse and offer Jess the future she deserves. Until fate steps in in an unexpected way.

Brandon Lupinus lifted his shaggy black head and howled. A sense of surprise filled him at the urge to shift to wolf when the full moon was still a week away. The sound, pure and eerie, rippled from his ghostly throat sending exhilaration through Brandon. Before the last echoes died he padded down the hill into the valley below. Wind shook the skeleton branches and sent the dead leaves skittering across the ground. Mist swirled around him as he headed unerringly toward the manor. 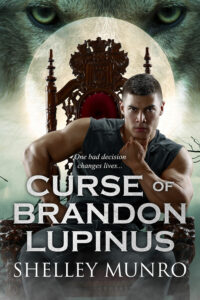 The scent of rich, freshly turned soil along with cut foliage filled the air when he trotted past the gardens in the front of the manor. On reaching the door, he passed through the thick wood without breaking stride. Once inside, he shifted to his human form. Dressed in black breeches, a white shirt with lace on the sleeves and a black and red embroidered waistcoat, he appeared the epitome of the Eighteenth Century gentleman.

Brandon drifted up the stairs, excitement building inside him. Curiosity. Another owner for his country estate. Mostly, he didn’t care. He’d lost count of the owners over the years, but he’d never felt this burgeoning anticipation before. At the top of the stairs he turned left toward the main chambers. The doors stood open and the stench of paint offended his nose. The woman was changing the interior. Again. Not that it made much difference with the hodgepodge of styles inflicted by previous owners, including his father. She would leave and another would come. He eased through the walls of each chamber without impediment, taking in her progress before returning to the passageway.

The woman’s presence filled the air with energy. It sizzled through his body, drawing him in. Heady. Intoxicating. Unheard of and unnerving. Brandon paused outside the stout oak door leading to the master bedroom. His heart thumped. He swallowed and felt the muscles in his throat contract. He felt. After hundreds of years walking alone, cursed by the old witch, he felt something other than cold, other than ice. Strange. Perhaps it was an age thing and he was gaining power. Or not. The words of the curse echoed through his mind. Walk the ghostly world. Howl at the moon. Alone Brandon Lupinus until need forces you to act as a decent man should.

He had puzzled over the meaning, walking the ghostly void alone ever since the words had passed the witch’s lips. Neither wolf nor ghost but a mixture, forced to live in solitary while his father passed through the heavenly gates to live in a peaceful paradise.

A small cry jerked him from memories. Brandon burst through the wooden door, curiosity and a trace of fear for the woman lending him speed. One look told him it was naught but a dream causing her to cry out. He drifted up to the four-poster bed and gazed down at her sleep-flushed face. Her dark brown hair was cut short like a lad’s. Her face was browned from the sun yet it, along with the tiny sun-kissed spots on her face, gave her a pixyish charm. A man would want to touch each of the speckles with his mouth. Explore. Brandon reached out to brush ghostly fingers across her cheekbone, wishing more than anything to feel the silky skin of a woman again. Just once. His chest lifted and fell in a ghostly sigh. Impossible since ghosts didn’t feel anything but cold. He lowered his fingers anyway, delicately brushing a tiny freckle. A flare of warmth burst up his arm without warning. Instead of the expected chill, he savored the heat from her skin. She made a soft mewing sound and flung up her arm, hitting his shoulder before it passed through him.

By God’s teeth! He’d felt that too. Astonished, he stared at the woman. She’d dislodged the covers and he could see her tanned throat and chest. The scanty covering she wore hid nothing of her upper body, clinging in a way that made him sigh again. Elsa. Brandon cursed under his breath. Aye, stupidity that had been and now he paid the price.

“The pages practically come to life and you’ve finished way too fast. The ending was a total surprise. Shelley Munro is new to me, but I just added her to my favorites list.”
~ Amazon Reviewer

“A dark but fascinating paranormal tale, which will fulfill any reader’s deepest desires for the ultimate alpha male.”
~ 5 Hearts, Love Romances

“This story has a classically eerie spine-tingling Gothic opening. Loved it from the get go! It’s not your average fuzzy lover story….Mystery, redemption, curses, forgiveness and love. Munro knows how to utilize her words to give her reader the great story that stands out from the pack. 5 tombstones from the cranky Southern Belle.”
~ Bitten By Books