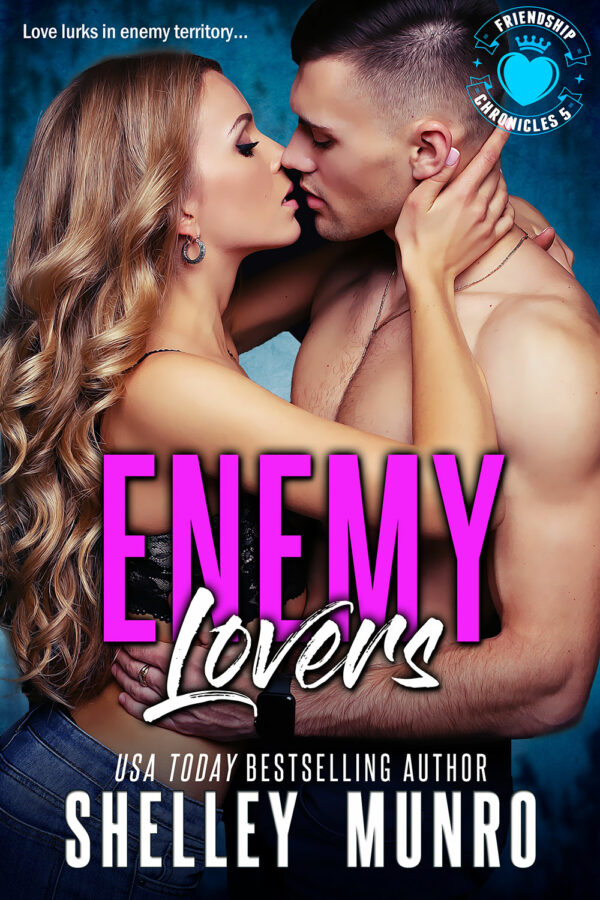 When Dallas O’Grady glimpses a woman dealing with a flat tire, he naturally pulls over to help. Of course, the shapely perfection of her rear end doesn’t hurt, not that he’d admit that aloud. Then he gets a look at her face and realizes she’s one of those Drummonds.

The Drummonds and the O’Gradys might both live in the town of Clare, but they’ve never played nice, not since a generations-old feud started over a cache of stolen gold nuggets.

Laura Drummond has fought long and hard to grip independence by the throat and avoid her mother’s bulldozing attempts to control her life. She’s always admired Dallas from afar, and she’s pleased to discover that up close, he’s gorgeous, sexy, and nothing like the monster her family has painted.

When a landslide blocks the road home, she’s forced to accept his offer of a bed for the night. One thing leads to another and soon burning hot-desire melts into thoughts of forging a permanent relationship—damn their families’ disapproval.

But the feud isn’t the only thing conspiring to keep the lovers apart. And the clock is ticking…

Warning: Contains lovers determined to challenge the status quo, lots of sexy times, and a feud that just might destroy all their hopes for a happy future. 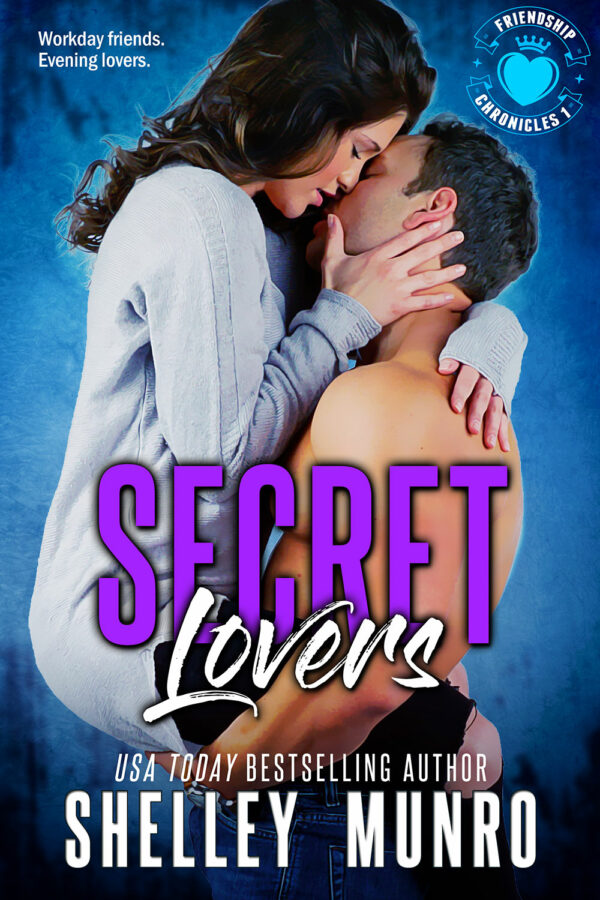 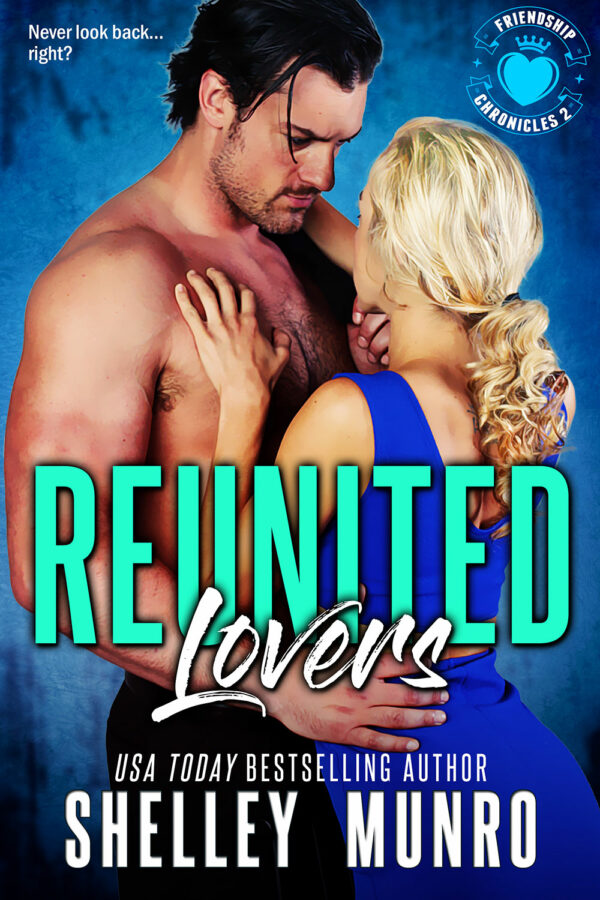 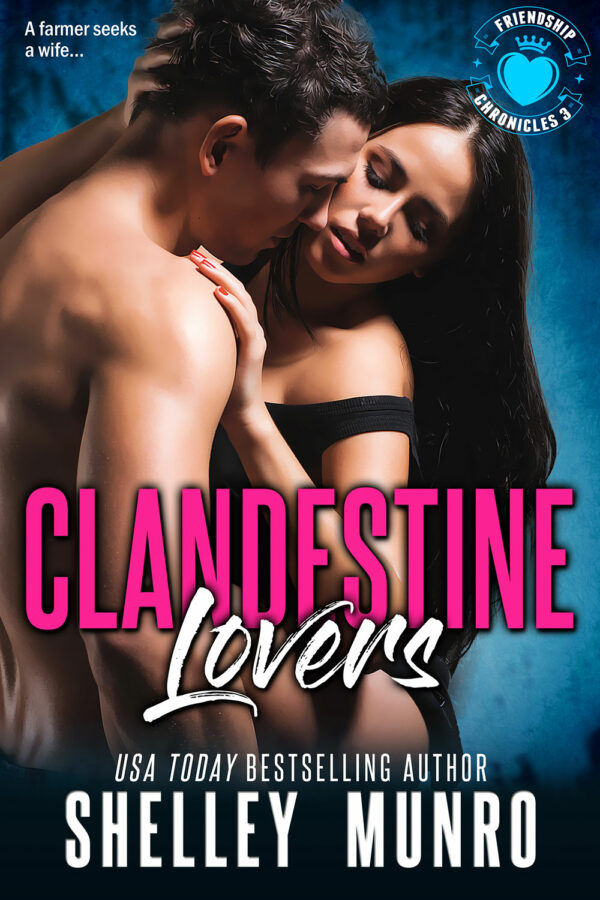 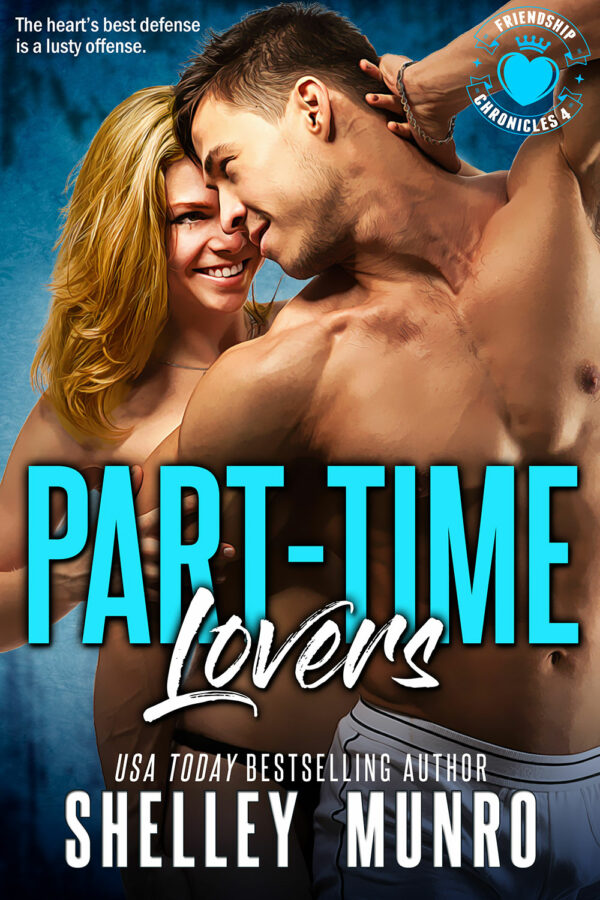 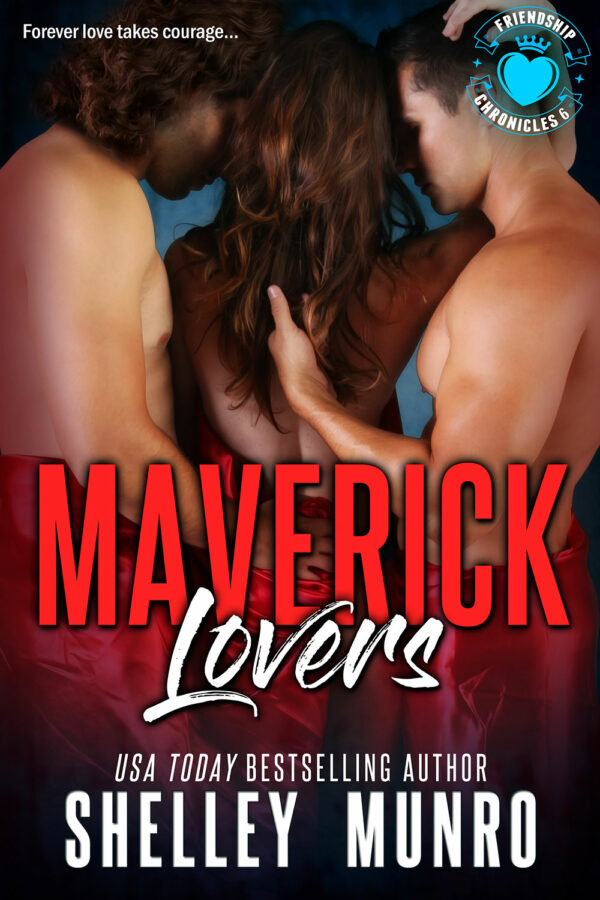 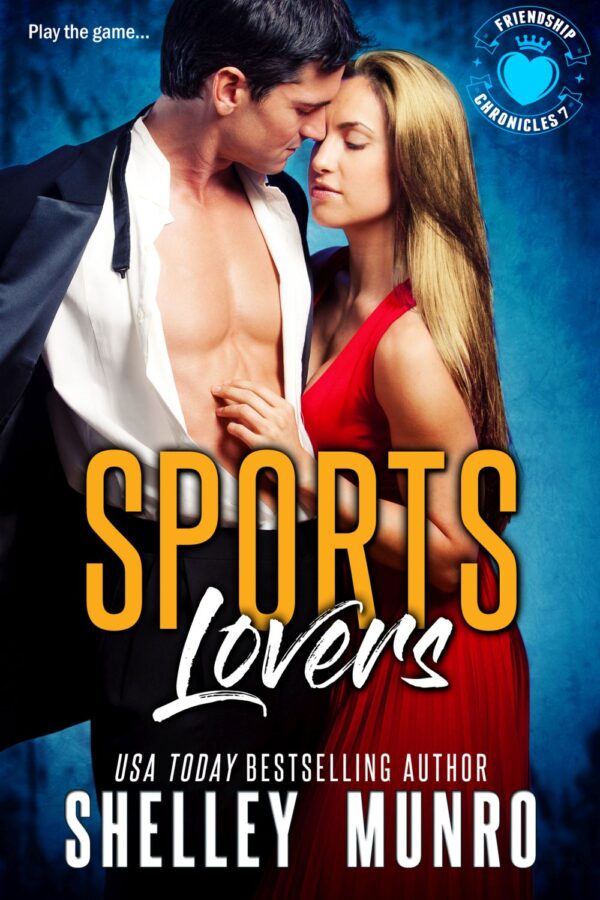 Whoa. Dallas O’Grady caught a glimpse of blonde hair seconds before the woman kicked her flat tire. She owned the sexiest arse he’d seen in months. Without another thought, he pulled his truck onto the shoulder and climbed out to offer assistance. 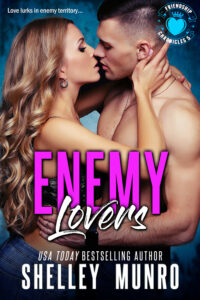 “My brother is an idiot.” Her lyrical voice held the same crisp chill of the wind whistling across the Napier road. She turned, and he caught a friendly smile belying her words. “Thanks for stop— You!”

The smile skidded away.

Hard drops of rain fell on Dallas’s face, the sleeves of his brown leather jacket, as he eyeballed a very sexy, very grown-up Laura Drummond. His gaze shifted to the gray, washed out clouds, the sky building to dense black on the horizon, then to the rear tire on her late model sedan. “Fine, if you don’t want my help, I’ll be leaving.”

“Sorry you’re hobnobbing with the enemy?” He spelled out what they were both thinking. Their parents would issue horrendous battle cries if they witnessed this scene, saw the pair inhaling the same air, let alone engaging in something civil like a conversation.

She swept a strand of blonde hair away from her pink lips. “You’re not my enemy. I don’t know you.” She stuffed her hands in her jacket pockets, hunched her shoulders against the rain and stamped her feet. “Look, I’m grouchy. I have a flat. My brother borrowed my spare last week and told me he put it back. My phone is dead, and I’m not going to make Clare in time for my cousin’s hen party. My mother will make dolls in my image and stick pins in them.”

“My brother said there’s a slip partially blocking the road leading into the town, near the Shannon Pass. If it keeps raining, they might close the roads, if they haven’t already. You wouldn’t make it even if your car was drivable.”

No, she wasn’t—not yet, but he’d love to take that thought to its logical conclusion. While their families might harbor long-standing grudges, his dick wasn’t sticking with the program. The skinny Laura Drummond from his vague school-day memories had grown into a classy woman. Her brown eyes glinted with intelligence while her mouth…

Dallas tore his gaze off her because his inappropriate thoughts bore repercussions. For one—a painful hard-on. And two, no way could he cozy up with the enemy.

He cleared his throat. “What do you want to do? I can give you a lift to Clare and hope we’ll make it past the slip, or I can ring for a breakdown truck.”

The rain was coming down harder now, icy crystal pellets pummeling his cheeks. She caught her bottom lip between her teeth, worried it then nodded a decisive agreement.

“Let me grab my purse and overnight bag,” she said. “I’ll grab a ride and chance my luck. The slip might have been cleared already.”

Dallas told himself not to look, but when she bent over to retrieve her bag, his eyes zeroed in on her arse.

Shaking the lust away, he accepted her bag and stowed it behind the driver’s seat. He straightened, his mind leaping straight to her and sexual desire. Man, he was weak. Giving in to his libido, he watched her lock her sedan and splash through puddles to join him.

“You don’t resemble your sisters and brother.” They were dark-haired, her sisters both shorter than Laura.

“Nope, everyone says I’m the cuckoo in the nest.” She peeled off her wet raincoat and slid her long legs into his vehicle. “Ugh, it’s bucketing down out there. I’m lucky you came along.”

She was still talking when Dallas climbed behind the wheel. Nervous? He grunted, started his truck and pulled on to the road, trying to ignore the unpleasant sensation of water dripping down his neck.

“I take after my great-grandmother on my mother’s side. They say I’m her twin.”

Dallas nodded while his mind trotted back to the more pleasant occupation of imagining this woman naked and engaged with him in things carnal. A whoosh of heat replaced the chill of wet clothes.

“What are you going to do if the road is closed?” she asked.

“My cabin is on this side.”

“Are you wondering what I’m going to do with you if the road is closed?”

“Please.” A strangled laugh emerged from her, tinged with a healthy dose of uncertainty. “I doubt you’d do away with me.”

“But you’re not too sure?” He set the window wipers to a faster speed and eased up on the accelerator, not taking his attention off the road. “I am one of those O’Gradys.”

“Positive.” She slanted him an ice-princess look, lifted that elegant nose just so. “I’m pretty sure you’re not hiding horns under your hair, although you might be concealing a tail. Even so, I’m confident I’ll get through this ordeal unscathed. I’ll grab a ride back to Napier. There’s bound to be someone heading back to the city.”

Dallas barked out a laugh, amused at her sly humor lurking beneath the hauteur. She didn’t act like any Drummond he’d come into contact with in the past. He’d thought he might have consigned himself to an hour of chilly silence—more than an hour in these driving conditions. But she’d tossed his assumptions on their butt, and he found himself wanting to explore her mentally. Ditto the physical.

“What do you do for a job?” He shot her a quick glance, caught the wrinkling of her nose.

“My mother organized a place for me at a charity. I’m working for them at present, but I’d prefer a position with more challenge.”

“What sort of employment are you looking for?” Hearsay said Laura’s older sisters had never worked in their lives. They’d done the socialite thing, found rich husbands and married. They were now popping out a new generation of Drummonds to heap down hate on the O’Grady family.

“I enjoy organizing things, which makes me a natural in the administration field.”

“Are you good with computers?”

“Not bad. Any program I don’t know, I can learn. I’m a quick study.” Her chin lifted a fraction as if she expected him to challenge her statement.

Again, he found a smile pushing his lips for escape. He enjoyed a woman who surprised him. “If you weren’t a Drummond, I’d offer you a job.”

Again, not the reaction he’d expected. “My brothers and I own a couple of Irish bars in Napier, and I have several rental properties. It’s getting too much for me to handle the paperwork along with the day-to-day things.” The pub where he had his office wasn’t in the best part of town. Nah, he couldn’t see Laura slumming it at O’Grady’s. “We’re thinking of buying the old pub in Clare.”

“The one that closed down due to fire damage?”

“Yeah.” Dallas peered through the windshield, not taking his eyes off the road.

“Can I interview for the job?”

Dallas slowed even further until his truck crawled. Closer to the Shannon pass, the rain slapped the windows, obliterated the scenery. What he could see of the sky was a sullen gray and lightning flashed in the distance, followed by a rumble of thunder. “You want to work in a pub? Maybe I should check you for horns and a tail. You have an impish sense of humor.”

“I’m not joking,” she said, and he felt the weight of her gaze. “But if you want to check me for devilish signs you go right ahead. I might enjoy it.”

“This is another romantic comedy from Shelley Munro, and I recommend it for those who like their family feuds hot and steamy.”
~ Long and Short Reviews

“I was completely enthralled with this intriguing and passionate story from the very beginning and I can’t wait to read the next one…of course since I haven’t read Part-Time Lovers yet, I get to go back and read it while I am waiting.”
~ Stormy Vixen’s Book Reviews