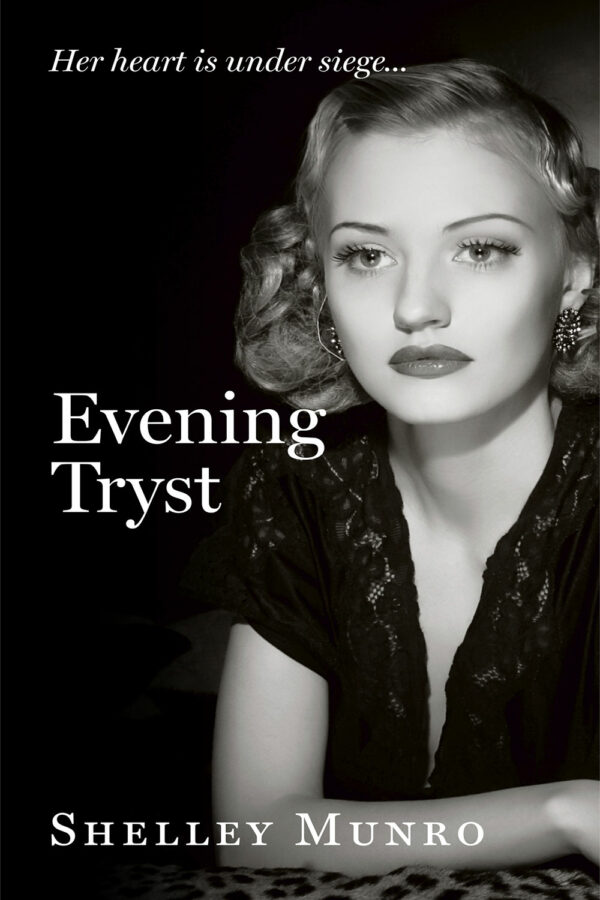 Summer, 1940. Britain is at war, and her brave fighter pilots attempt to keep the enemy at bay.

To escape horrid memories and her managing mother, Pamela Allison leaves London and accepts a job from her aunt, working in the family store in the village. The last thing Pamela wants is a man, especially one who reminds her of her brutal, now deceased husband.

Enter Michael Stedman, a Spitfire pilot based at the Biggin Hill airbase. Depressed and a little drunk after the death of his best friend, he doesn’t expect to meet a beautiful woman, but something about Pamela tempts him. He’s not looking for anything permanent since a pilot’s life is fraught with danger, just a little feminine company to take his mind off the war. Kisses. Caresses. Walks in the moonlight.

London is under siege. Bombs drop every night and the danger increases for everyone. Michael and Pamela’s relationship deepens and they become lovers but gossip and the past intrude and threaten to destroy everything, including her good reputation.

“Are you sure Owen will be there?” 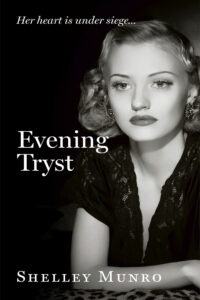 “His squadron always hits the pub on a Friday night after a sortie.”

Pamela nodded before she remembered Christine would have trouble seeing in the dark. “Oh.” The chances of a pilot living through the war … they weren’t good. Did Christine worry about her man? Of course she did. Everyone worried about the men and women who fought on the front line. Everyone, no matter their identity, had family or friends fighting in the war.

“They tend to stick together. They’re more like family than friends because they rely on each other whenever they go on a sortie.”

They maintained their silence for a while, neither willing to voice the truth–so many good men had lost their lives already.

Christine opened the front door to the pub and they darted inside, quickly closing it behind them. The light in the foyer was brighter, good enough to distinguish posters on the walls entreating the public to grow their own vegetables, save coal, and invest in war bonds. The click of Christine’s heels signaled her progress across the flagstone floor to the double doors that opened into one of the large rooms inside. When she opened the doors subdued light spilled out along with laughter and chatter and the clink of glasses and bottles. A cloud of cigarette smoke hung in the air. A radio was playing on the bar, the haunting strains of Somewhere over the Rainbow combining with the animated chatter.

“There he is,” Christine said, bounding through the doorway and into the gaiety, embracing it with a wide smile on her face.

Pamela followed more slowly, her blue and white floral dress and navy summer coat out of place when most of the occupants wore their uniforms, a mixture of Air Force blue with a smattering of Army green and uniforms from the home guard and fire wardens. Even Christine wore her WAAF uniform.

A burst of extra loud laughter came from a group of men in slate blue uniforms who clustered around a table in the corner of the room.

“There’s Owen,” Christine said over her shoulder, and she put on a burst of extra speed, weaving in and out of the people to get to him.

Pamela trailed after her cousin, another spike of nerves assailing her. She was here for a drink and nothing more. She didn’t have to do anything but act friendly and listen. Smiling always helped too. The night would pass quickly and she’d return to her cozy existence as a respectable widow who worked in the village store.

“Hello, pretty lady. Can I buy you a drink?”

Startled from her anxiety, she glanced upward. The looming shape in front of her was dark. Large. She flinched; a sharp pang of fear hit. “Thomas?” she croaked, the intimidating figure throwing her directly into the past.

The man shifted his weight and came into focus when he turned to the light. Her rapid heartbeat returned to normal when she realized her mistake. Weakly, she offered a smile while she clandestinely wiped her damp palms on her coat.

“Who me? No, I’m not Thomas, but I can be, if that’s what you want.” One green eye closed in a cheeky wink and he dragged on his cigarette. He blew the smoke out and waited for her reaction.

Green eyes. Of course this man wasn’t Thomas. He’d had brown eyes. Pamela stared for an instant longer, mesmerized and drowning in those green eyes before she realized how odd her reaction must seem. She swallowed and tore her gaze away. Unbidden, her gaze returned to him and wandered to his mouth–quirking lips that laughed at her. No, he didn’t really look like Thomas, not when she studied him more closely. Of similar height, they both had dark hair and handsome faces, but this man smiled with his eyes and his mouth. He wore charm like a cloak.

Surreptitiously, she rubbed her forearm. The bone always ached when she thought of Thomas, a reminder of his temper and cruelty. It was the mental viciousness that lingered and made her cautious with other men.

Her mouth opened and closed before she blurted, “I’m here with my cousin.”

“I’ll escort you to his side,” he said firmly. “Too many wolves wandering around this pub. A little lamb like you won’t live long to tell the tale.”

“Her.” Pamela chuckled out loud. She wasn’t exactly an innocent. “And it would take a wolf to recognize another.” She’d always had a quick tongue but Thomas’s temper taught her to curb clever quips or face his wrath. Amazing. It seemed she was slowly healing and the thought brought a quick burst of pleasure. Take that, Thomas.

The man slapped his hand across his heart in a dramatic fashion. “She wounds me with her sharp words.”

Shaking her head at his silliness, she attempted to force her way over to the corner of the pub where she’d seen Christine disappear. To halt her escape the man seized her hand, his calloused fingers stroking gently across her thumb before he slid them upward to cup her elbow. His contact sent a frisson of sensation running down her arm. She gasped at the surge of pleasure, stunned by his caress and the sexual awareness running through her body. She met a lot of men at the shop but not one of them pulled this sort of reaction from her. With a cautious glance at his handsome face, she studied his expression. Maybe her aunt and cousin were right and she should stop hiding away. There was no reason she couldn’t have a little fun from life, as her cousin said.

“Pleased to meet you, Pamela.” He rolled her name around his mouth, pursing the sensual curves of his lips in a manner that made her want to touch.

She shivered again, finally admitting the man fascinated her. It was his sparkling green eyes and the daredevil expression lurking in them, his muscular shoulders and his hands. A man’s hands shouldn’t attract attention, but she didn’t have any trouble imagining them running over her bare breasts. Aghast at her thoughts, she ripped her gaze from his fingers to concentrate on his face.

“Why haven’t I met you before?”

“We’ll need to remedy that, I think.”

Good grief. His husky tones brought a distinct prickle to her skin. At the first sexy drawl he’d woken her sleeping libido. Did that mean she was easy? Maybe she should worry about her reputation, but his charismatic smile drew her. If she were a keen fisherman like her uncle, she’d say he was the perfect lure to use for fishing. Maybe too good. Two women at the other end of the bar kept eyeing him like a special prewartime treat. His freshly ironed RAF blue uniform, bearing the distinctive pilot’s wings and stripes, garnered everyone’s interest. A big man with short black hair, he stood about six inches taller than her. Dark lashes fringed his green eyes and at the moment, those eyes bore a distinctly predatory look. It should have made her run but instead, the man sent waves of exhilaration skipping through her.

“Do you think so?” A flirtatious smile curved her lips. It brought an answering grin to his, and she wondered what his mouth would feel like brushing against hers. Good, instinct told her, but would she find the courage to let her attraction run its natural course? Only time would tell.

“Though it’s a shorter story, I don’t mind the quick move towards the HEA as the events of the day did lead to that sort of thing…..The result is a story I enjoyed reading and a B- grade.”
~ Jayne, Dear Author

“I really enjoyed reading this story and hope that Ms. Munro writes more in this setting and time. I would enjoy re-visiting Pamela and Michael in the future.”
~ Top Pick, Night Owl Reviews