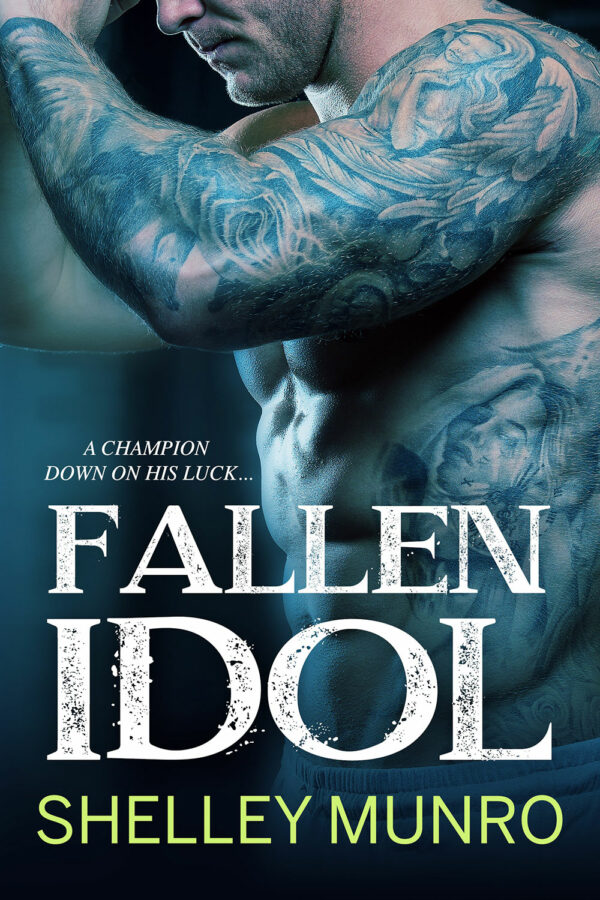 Space captain Rafi Mura has a guilty secret. He loves his best friend Roberto “Bob” Azam in a romantic, sexual kind of way. Not that he’s fool enough to confess since friendships have died for lesser reasons.

Bob is a renowned Sex Idol champion who has fallen on hard times after a tricky Kama Sutra move leaves him badly injured. Now dubbed the Fallen Idol all Bob wants is to reconcile with his former partner Fifi and regain her love.

Rafi is horrified when circumstances throw them together. Temptation. Promises. Stupid promises. He wishes he’d never agreed to help Bob prepare to go out on the sex circuit again.

Each sensual touch places Rafi constantly on edge and he hungers for more. Much more. Rafi needs to walk away yet he can’t bear the thought of anyone else training with Bob, touching his lover. Each lingering stroke, each compelling kiss is pure torture. Rafi doesn’t know what to do. He can’t admit the strength of his feelings because he’ll lose everything—lover and best friend—but he can’t help thinking that guilty secrets have a way of biting the unwary in the butt.

After climbing the dark stairwell, he exited on the fourth floor. There were six apartments on each floor. Rafi stalked down the wide passage toward number four, anticipation and apprehension skipping around inside him. Hell, seeing Roberto again was going to put him back at square one, ripping the scars from his wounded heart. But the idea of not seeing him—that was even worse. 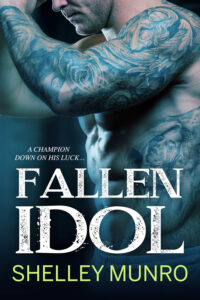 He turned the corner and came to a halt. A pyramid of empty vroom flasks littered the passage outside number four. Rafi frowned and strode to the door. Vroom was a rough liquor produced on the planet Marchant. People became addicted to it if they weren’t careful. Eyesight was affected. In extreme cases blindness occurred along with lack of coordination and muscle wastage. The muscle melted away, replaced by excess fat. Rafi checked the pile of bottles again and shook his head. Surely this pile didn’t belong to Roberto. He knocked on the door.

“What the hell do you want?” a masculine voice demanded. “Go away.”

Rafi pounded a little harder, a tiny grin playing across his lips. Roberto’s voice. Familiar, it brought back memories. The husky growl still made his cock jump with anticipation. Rafi’s grin died. Friend’s box, remember? Roberto wasn’t interested in him in that way and all the wishing in the world wouldn’t change the facts.

“Go the fuck away!” Roberto’s rough voice rumbled through the door, slightly slurred but definitely recognizable.

Rafi shuddered at the abrasive texture of his friend’s sexy reply. He’d never met a male who turned him on so quickly with just a word. After taking a deep breath, Rafi knocked again.

“I told you before, man. I have nothing left. You’ve taken everything.”

Rafi gaped at his friend. He was still tall and dark, but the bronzed god from his memory had vanished. Roberto was pale as a ghost. An overweight ghost. His muscles had disappeared, sinking into inches of blubbery fat. The sight of Roberto’s bare chest and protruding gut made Rafi faintly nauseous so he glanced at his friend’s face instead. His dark hair was long, scruffy and lank as though it hadn’t been washed for weeks. And his face—hell his beautiful face was bloated and puffy. One bloodshot blue eye scowled at him while the other was black and almost swollen shut. Roberto’s jaw was swollen too, and when Rafi studied his body again, he noticed bruises. Someone had bashed his friend and done a pretty good job of it.

“Roberto,” Rafi said. He stood in the open doorway, uncertain for once in his life. He still didn’t know where to look. Didn’t Roberto have some clothes? That belly…it… Hell! It needed camouflage. Really badly. Rafi stared with fascinated horror as Roberto’s belly jiggled when he inhaled.

His crew would have gaped with open mouths if they’d seen their captain appearing so indecisive. In the past, the two men would have exchanged a quick hug and clapped each other over the back. Rafi would have savored the moment as he usually did. He’d imagined the feel of Roberto’s arms around him from the moment he’d decided to look his friend up between trips to the outer territories. Instead, there was awkwardness. Rafi didn’t know what the hell to do. It was difficult looking at that blubber, but touching it? He shuddered inwardly and continued to hover outside the apartment. Part of him wanted to leave, to run away, but no, he couldn’t do that. He refused to run away. His legs remained firmly planted outside the apartment while his mind told him to deal with it. No matter what, or how he looked, Roberto was still his friend.

Rafi tensed and steeled himself, forcing his real feelings deep so nothing showed from the outside. “Yeah, man. I stopped by the Gratham Apartments. One of the security men said you’d moved here.” Not bad. His voice had sounded calm. Even.

“I don’t suppose you’d leave if I asked you?” A tinge of shame colored Roberto’s cheeks and his gaze slid away to stare at the floor.

Rafi forced himself to look his friend in the face. He was so…so… Hell, he reminded Rafi of a bloated whale. His gaze flitted across Roberto’s face before darting over his friend’s shoulder to study what he could of the apartment. Another heap of opaque vroom flasks lay beside a wooden chair. The apartment was filthy and offended Rafi’s nose. Soy dog wrappers littered the cheap plastic table. An open suitcase lay on the floor and the contents were strewn across the grubby gray floor in haphazard heaps. Rafi gave a cautious sniff before frowning. The smell could be coming from Roberto. He wasn’t certain, but whatever the source, it was disgusting.

Rafi straightened and forced himself to look Roberto in the face again. “Why would I leave? Roberto, I came to see you.” Roberto was his friend, and he was a friend in need.

Roberto didn’t look convinced. “My name’s Bob,” he said. “I was born Bob and looks like I’ll die Bob.” Bitterness shaded his voice. “Call me Bob, like you used to when we were kids.”

“Ah, sure.” Rafi frowned. What the hell was going on? What had happened to his friend since his well-publicized injury? Roberto had always acted with confidence and known what he wanted from life. Ambitious from childhood, he’d set his mind on becoming a successful sex competitor and focused on his goal one hundred percent until he’d succeeded. He hadn’t minded when Bob had wanted everyone to call him by his stage name. Rafi knew about being consumed by a dream, wanting to live it and become immersed in the success, which is why he’d understood Roberto. Rafi had always wanted to explore the uncharted territories. Maybe one day.

Since it didn’t look as though Bob was going to let him inside, Rafi took matters into his own hands. He stalked past Roberto…Bob and recoiled at the stench. Gasping, he headed straight for the window.

Rafi turned to glance at his friend again. “Man, you need to do a little cleaning.” His eyes streamed and he breathed shallowly through his mouth, trying to filter out the worst of the smell. Didn’t work. “And you need a bath.”

“Keeps the debt collectors away.” Bob’s top lip curled upward and he shrugged with unconcern. “Most of them.” His blasé attitude was spoiled when he winced. Obviously the bruises on his body were still painful.

“Get cleaned up and I’ll buy you a meal.” Rafi was starting to feel pissed with his friend. He’d been looking forward to seeing Roberto, and even though he’d known Roberto wasn’t interested in him in the same way, he’d expected to slip right into their easy friendship. Rafi’s gaze slid across Roberto’s pale, bloated face. This man was a stranger.

“Go out?” Bob made a theatrical gesture with his hands and struck a pose, one Rafi had seen him make onstage. He remembered the surge of jealousy he’d felt when Roberto’s female partner had trailed her hands over Roberto…ah…Bob’s tanned, muscular body when he’d stood in exactly the same way. Yeah, they’d looked great together on the stage but it hadn’t lessened Rafi’s longing. He’d imagined thrusting into Bob, running his hands over the smooth muscles, clutching the weight of his cock in his hands…

“I don’t have a thing to wear,” his friend said in a harsh voice.

“Sexy, loving and enthralling, FALLEN IDOL was all of these. Once I started this book, I could not put it down.”
~ 5 stars, JERR