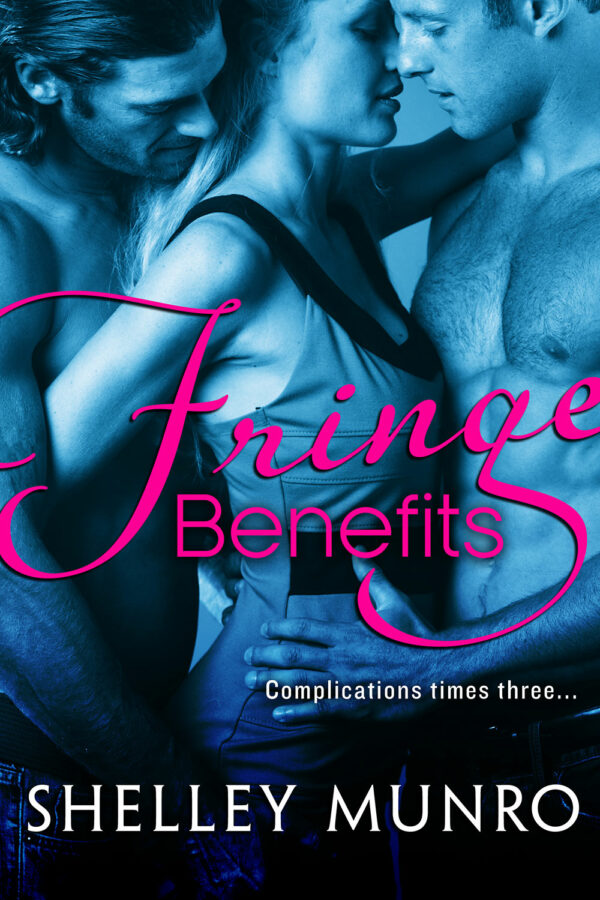 She closed her eyes, wincing at the rapid tattoo of her heart. Kelvin splashed in the river and a thrush perched in the oak tree sang its little heart out. In a nearby paddock, a sheep let out a plaintive baa that sounded faintly complaining. Marie couldn’t blame the creature. This heat wave was making everyone moody and miserable. 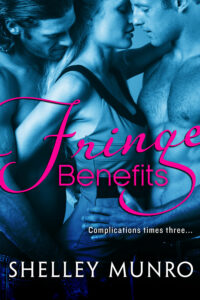 A whisper of sensation across one breast stirred her. Suspecting a fly, she swished a lazy hand. Then warm, wet suction closed around her nipple and her eyes flew open.

Kelvin pulled away to smile at her. “I couldn’t resist.” His dark brown eyes challenged her, dared her to tell him to stop.

As if. Marie wanted to grab him by the ears and direct his mouth back to her breast. She wanted to bossily order him to suck her nipple hard in easy, rhythmic pulls that would echo in her pussy and start the journey to pleasure. Instead, she cleared her throat. “You okay?”

A shadow crossed his face. “It’s Friday and a long weekend. Why shouldn’t I be okay?”

Neat avoidance of her question. If he didn’t want to talk about Saffron, fine. “Have you seen my bikini top? I couldn’t find it.”

“I like you better without.” Mischief lit his eyes as his fingers drifted across the lower curve of her breast. A prickle of heat shot from the spot he touched to settle in an ache between her legs. As they watched, her nipple pulled to a crest. “Much better,” he murmured with masculine appreciation.

Heat collected in her cheeks but she couldn’t look away from his fingers and the mesmerizing stroke of them across her breast, the contrast in color between her creamy skin and his tanned fingers. A sigh escaped as yearning and desire blossomed. She’d missed the closeness with Kelvin. Too much if she was honest. The thought made her bite her lip in consternation. Friends with benefits was just that—sex with friends—but it meant no jealousy, no strings. No unruly emotions. It meant sticking to the rules they’d discussed before they’d decided on this course. No sex if they were in relationships with other people, no discussing the relationship with outsiders and most of all, respect.

A problem these days. Her feelings for Kelvin and Shane had grown from mere friendship to love after she’d become physically intimate with them. Jealousy. It nibbled at her mind, corroding her good intentions. She’d hated the perky Saffron as much as she disliked Shane’s recent girlfriend. Marie had become a mite possessive about her men and it was becoming difficult to hide her feelings.

“You have the sexiest breasts. Voluptuous. Beautiful curves.” Each word he punctuated with an open-mouthed kiss, moving closer to her taut nipple.

Begging words crammed her throat and her hands fisted in the nubby fabric of the towel. Finally—thank goodness—his mouth closed over her nipple. Suction plus a hint of teeth shoved past her misgivings and a groan escaped. The curl of heat throbbed between her legs and, with trembling hands, she cupped his head, running her fingers through his damp hair. Okay, so her misgivings were fragile and had fallen like a sandcastle to the tide. She couldn’t help her feelings or the way her body responded to Kelvin and Shane. Wanting two men didn’t make her a slut. Or sick, she added defiantly, trying to argue with the voice of reason.

Kelvin lifted his head to blow across her glistening nipple. “Beautiful.” He leaned over and took her other nipple into his mouth, dragging hard without gentleness.

Marie whimpered, arching up and clutching his shoulders when he would have pulled away. During the last three months she had missed Kelvin. With just his touch he had her hovering on the edge of control, moisture flooding her sex and tension rippling from head to toe.

Kelvin rolled onto his back and dragged her with him so she sprawled over his chest. To her relief, she wasn’t the only one affected by their play. Kelvin sported an impressive erection, his face taut with desire.

“You’re wet,” she said, the droplets of water from his swim sending a raft of goose bumps across her heated skin.

“And if I’m lucky you will be too,” he whispered. “God, you’re so sexy, Marie. I love your curves and the way you enjoy your food.”

Marie bit back a smirk. Obviously Saffron’s veiled insults about her healthy appetite and love of cooking hadn’t gone unnoticed. “If that’s a hint for me to cook dinner tonight, no way. It’s too hot to cook.”

“How about a barbeque? Do we have steaks in the freezer?”

“We do, but aren’t you going out tonight with the rest of the boys?” Kelvin and Shane and their friends normally went to the pub on a Friday night to play pool and shoot the breeze. Sometimes she went with them, but all she wanted to do tonight was laze around.

“Nah, thought I might hang out at home tonight. You?”

“I’m not going anywhere that requires putting on too many clothes,” Marie said. “Are you sure you don’t know where my bikini top is?”

“Shane and I might have mislaid it,” Kelvin said with a grin.

“And when we have guests?”

Hell yes! Immediately, the tight ball of arousal in her lower body contracted, a tremor of pleasure and anticipation fluttering in her pussy. She grinned and wondered what had gone wrong between him and Saffron. “As long as you don’t expect anything too energetic in this heat. Kiss me.”

“I’ve missed you, Marie.” He settled in to kiss her, nibbling gently on her bottom lip before licking and finally pushing his tongue into her mouth. Marie sighed, a purr of pleasure and acquiescence. She grasped his shoulders and rubbed against his hard chest with acute eagerness bubbling through her. God, she’d missed him so much.

“Is this a private party or can anyone join?”

“Hot, intense and spicy. There are no better words to describe this story….With all the emotions flying around it was easy to get trapped into the story and to feel as if I was a participant, not just a reader. If you enjoy overtly sensual books full of arousing love scenes and overflowing with emotions, you will definitely enjoy this book.”
~ The Romance Studio.

“Shelley Munro has written a fabulous menage romance. The characters are endearing and the story flows beautifully. This is definitely a four star work that anyone can enjoy. As a new fan, I can only hope that we get to see these three characters explore their new relationship further. I can’t wait to see what comes next from this amazing author.”
~ eCataromance Reviews.

“Fringe Benefits is a good story well written and detailed though I would love to have it gone further with the relationship between Shane and Kelvin. I will hope Shelley Munro writes a sequel.”
~ Night Owl Romance.