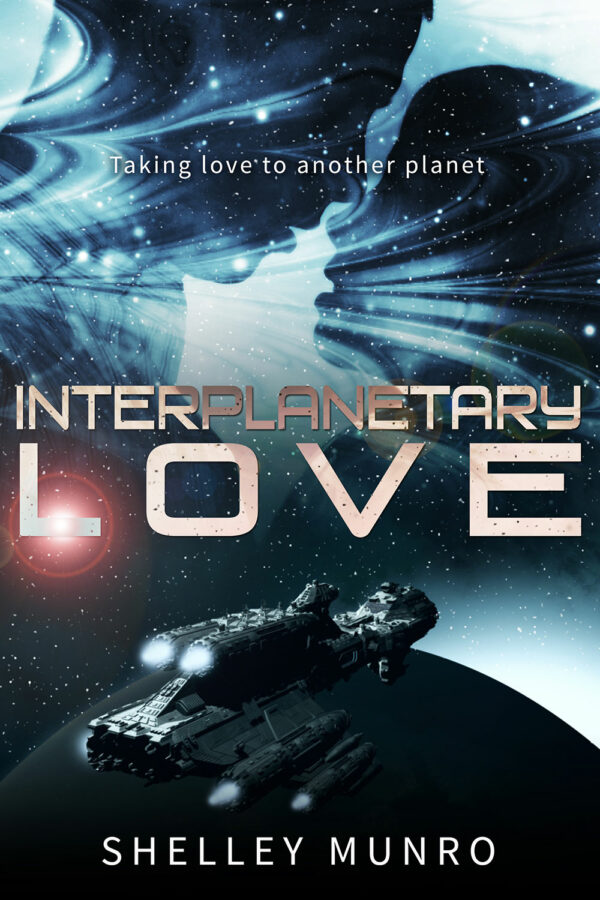 Taking love to another planet

I know your secret…

Ekim Ramuk is a vid-star on the planet Nidni. Along with fame and currency comes his reputation as Nidni’s greatest lover—one that causes him acute embarrassment and anxiety because not one of the rumors is true.

Carly Abercombie is an Earth cop who works long hours and craves a man to hold her in the small hours of the night. She doesn’t require perfect. Mr. Almost Perfect will do, but finding him—that’s another problem entirely. In desperation, she signs up with Interplanetary Love and heads off to Nidni to meet her first date.

Rala Ramuk, Ekim’s baby sister, has problems of her own. Her brother! Determined to marry him off so she can move forward with her own life, according to Goddess Peti’s rules, she’s signed Ekim up with the Interplanetary Love dating agency. Anything to secure her future.

A vid-star, a cop and a matchmaker. Three strong personalities, all determined to win. Let the dice roll and the fun begin…

Warning: This book contains a tongue-in-cheek plot, a little purple-tinged prose and a man-part named Rajah. You have been warned.

Continent A, Earth, the future 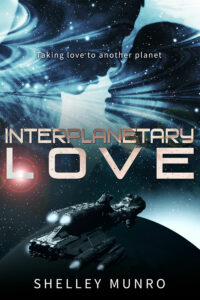 Music rippled through the Starlight nightclub—the latest addition to Earth mogul Tee’s string of on-planet entertainment ventures. The urbane male singer crooned of romance and enticed lovers to take to the dance floor and smooch.

Carly Abercombie sighed and aimed an obligatory smile at her date, Graham. Her grimace must have done the trick because he grinned and seized her hand in response. She trotted after him on her ice-pick heels and let him draw her closer on the dance floor.

The subdued lighting gave her flashes of euphoric faces, naked flesh due to abbreviated dresses and lovers who were practically doing it in public. If this had been a workday, she could have busted several for indecent exposure, and she’d caught a faint whiff of designer drugs earlier. Probably the new Spanfly or one of the many variations out on the street. They busted one manufacturer and another popped up in their place like fast-growing fungi.
Her feet moved on automatic, marking time in the same place since the traffic on the floor had deepened and true dancing became impossible. Her new sparkly black shoes rubbed, her feet protesting even this slight motion.

Two hands clamping onto her butt cheeks jerked her mind from blisters and footbaths. She tensed, attempted to pull back.

“Stop playing hard to get,” Graham growled next to her ear. “You know you want it.”

“My big cock,” he said, a wave of alcohol-laden breath wafting into her airspace.

Carly bit back a curse. Another idiot. She’d thought this one might be different, but the addition of whiskey had propelled him into stupid.

“Aw, baby. Don’t be like that. Wait until I’m thrusting inside you. I promise you’ll love it.”

She put a few inches between them and kept dancing. When would this song end? It seemed to play on a continuous loop with numerous verses and choruses about hot, sexy loving.

A young couple—obviously tourists from Venuree since they wore the distinctive silver arm jewelry—inserted their bodies into a gap at the rear of Graham.

A jolt from behind gave her date opportunity, and he reclaimed the precious inches of respectability she’d carved out for herself. Someone elbowed Carly, propelling her against Graham so they resembled the rest of the lovers on the dance floor.

Quick as a flash, Graham’s hand slid under the hem of her dress. His fingers smoothed over her ass cheek and slid between to grope her pussy. Shock held her in place for a prolonged second—enough for him to wriggle his fingers beneath her miniscule panties into her heat.

Carly shoved away, using force this time and created space surprisingly easy, given the crush. She managed to maintain a grip on her temper until the creep smirked and made a show of licking his fingers. Rage took control and she kneed him square in the balls.

Around them couples stopped moving, slithering away so they didn’t become involved in the unfolding drama. Carly stood, weight evenly distributed, in case he decided to retaliate. He didn’t. He writhed on the shiny black floor, his hands cupped protectively over his groin.

“You crazy bitch. What did you do that for?”

Whispers floated around her, gossip and a few feminine titters, but the public amusement didn’t put a dent in her acute satisfaction. She glared at yet another Earth dud. That would teach him to grope her on the dance floor.

“Don’t think he’ll try that again,” her friend Samuel said with a pained expression on his tanned face. Dapper in a black shirt and tight black trousers, his hair slicked back to reveal his high cheekbones and intelligent face, he remained a respectable distance, way out of kicking range with his date angled slightly in front of him. “What did he do?”

Carly shifted from foot to foot and resisted the urge to tug her bodice up and her hemline down. She wasn’t used to dressing up, but for tonight’s celebratory dinner, she’d made an effort. A figure-hugging black dress that displayed lots of skin clung to her curves. Her feet were crammed in heels high enough to make her feel like a giraffe, and her brown hair was streaked with neon pink and arranged artfully on top of her head.

“He shoved his fingers inside my panties,” Carly snapped. “Nobody does that without my permission.”

“You were asking for it,” her date snapped, his tone vicious because she’d made him look foolish. He’d climbed to his feet while she was talking to Samuel, but he too, remained carefully out of range, lurking on the edge of the dance floor.

Disbelief raised Carly’s eyebrows. “So it’s all right for me to play with your dangly bits in a public place?” She shot him a look of disgust. Aside from the fact the man needed the name of a good dentist, he’d been passable until he’d started drinking straight shots of whiskey. “Forget I said that. Of course you’d get off on being groped in public.” She swiveled on her giraffe-shoes and stalked off, leaving Mr. Octopus to do his worst on the dance floor.

Silence fell as she approached her table. Her fellow cops, who were mainly men, wore identical expressions to Samuel. Pained and wary.

“Shit,” Carly snapped. “I only do that to men who grope me in the middle of the dance floor. Coworkers are safe unless they try to cop a feel.”

“Good to hear,” her partner, Bart, drawled. He’d tamed his wavy hair in a stubby tail, highlighting the stark planes of his face while his muscular form wore a gray suit with sexy ease. “We’re cops, but we don’t feel.”

His laconic remark broke the silence and everyone started talking at once.

“I’m fine. Why wouldn’t I be?” Hellfire. She winced at her behavior toward a woman who was trying to help. But Carly knew if she started to cry, she wouldn’t stop. She snapped her fingers at a passing waiter. “Whiskey.”

Perhaps she’d drown her sorrows. The evening was young, and she had to stay for another hour at least for this work celebration.

It was gonna be a long night.

“A clever piece of a story with lots of giggles and sappy scenes…Fantastic story and read.”
~ Amazon reviewer