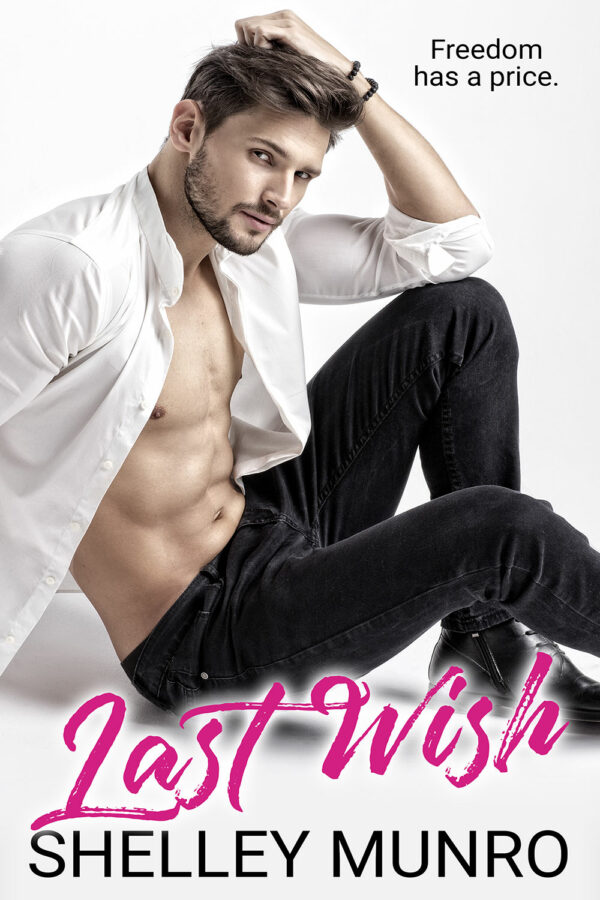 Freedom. Zane craves it, but to earn liberty he must fulfill the last wish on his genie contract and evade his boss’s clutches for ten days. If he fails, it will mean another term of genie duty. Been there. Bought the T-shirt. This time Zane is determined to beat the odds and grab his chance at freedom.

When Dillon Sanderson goes to the antique market, the last thing he expects is a gorgeous genie to materialize in front of him. Handsome. Charismatic. Tempting and enticing. Dillon takes one look and wants to explore the sparks of attraction leaping between them. He offers the sexy genie a place to hide. The tentative friendship quickly grows to more—raw need explodes into passion and hot, toe-curling sex. Long nights of intense lovin’ lead to mutual pleasure and loads of unrestrained fun along with hijinks in the kitchen.

Dillon has fallen fast and wants forever, but Zane is determined to leave once he’s free and intends to celebrate his independence alone. Somehow Dillon has to persuade him they’re perfect together because time is running out and Zane’s boss is hot on their trail…

Dillon turned to the stallholder, an elderly man who teetered toward him with the aid of a walking stick. “How much for the box of stuff?” 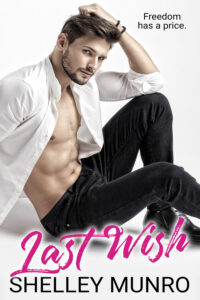 The man gave it a cursory glance and sniffed. “I picked the box up at an estate sale. I can give it to you for one hundred and fifty bucks.”

“Done!” The man grinned, flashing a large gap where two front teeth were missing. The gleam in the man’s eyes made him wonder if he’d made a mistake in offering that much. Too late now. He grabbed his wallet from the rear pocket of his jeans and handed over the money. The man grinned again and he noticed one of his bottom teeth was missing as well. The man stuffed the money in his pocket and started to pack up his stall.

“Are you leaving already?”

“My work here is done,” the man said, his rapid moves belying Dillon’s initial guess at his age. He didn’t lean as heavily on his stick. It was as if he were in an almighty hurry. “Here. Take your box.” The man’s curt words confirmed it.
Dillon placed the saltshaker and the goblets back on top of the box and lifted it. In bemusement, he watched the man load his fold-up table, a chair and his remaining stock into the back of a utility vehicle. He shook his head, wondering at the man’s weird behavior. Still at least he had the silver and was in Susan’s good books. For a change. He smirked and moved out of the man’s way, coughing at the wave of dust kicked up by the vehicle when it sped away. Turning away, he juggled the box on his hip. The contents shifted inside, clinking together with a metallic ring. The distinct rumbling of his stomach reminded him he hadn’t eaten for a while. He’d grab brunch at one of the cafes in the square before heading for home and tracking down the rogue who’d loosed the virus on his computer. Revenge was gonna be sweet.

Dillon took two steps and the bottom fell out of his box. Metallic pieces rained down on his feet and hit the ground, rolling in all directions. The saltshaker plopped onto his right boot. “Ow. Bloody hell.” He hopped on one foot and scrambled to gather his new purchases, hoping like hell he hadn’t dented anything too badly. Susan would kill him, and it wasn’t as if he could hide the evidence. She seemed to know—probably her mother skills coming out. Unfortunately he seemed to end up on her radar system no matter how hard he tried to extract himself.

Not a single stallholder in sight. Not a box or a bag within snatching range. With an impatient sigh, he started to assess the damage. Using the hem of his T-shirt, he rubbed pieces of grass and dust off the blackened silver, giving each piece a perfunctory glance. Finally he stood. Yep, he’d managed to grab them all. Apart from one. He squatted and picked up the piece, a slow grin of delight curling across his lips when he turned it over in his hands. Well, heck. What do ya know? A teapot. A strange-looking one but definitely a teapot his mother would love. When it came to collecting, unusual was good—according to his mother at any rate.

The pot had four chubby legs and a long arching spout. Small hidden hinges attached the lid, and the body of the pot matched its chubby legs. Dillon picked it up and stood to check the bottom for silver marks. He rubbed it briskly and softly exhaled when he saw the requisite symbols. Bingo. He rubbed a fraction harder across the belly of the pot to clean off a smudge of dirt. Without warning a puff of smoke curled from the spout. He blinked. The smoke grew in volume. Multicolored in pink, red, silver, gold and green, it reminded him of a fireworks display but on a smaller scale and without the accompanying explosions. Slowly the dazzling smoke coalesced into the body of a man. Dillon blinked again but when the muscular man remained, he wanted to lick his lips. Oh yeah. Why the hell couldn’t he meet a man like this in Sumner?

He rubbed his eyes with the hand not holding the teapot and focused again. The man was still there. It wasn’t his overactive imagination acting out. At least he didn’t think so. He reached out to touch, positive the tip of his finger would shatter the hot vision standing right in front of him. He’d almost made contact when the vision spoke.

“Huh!” The man scanned the area before turning his gaze back on him. “Looks like you’re it. One wish and be quick about it. One wish—that’s all that remains on my contract. One wish and I’m free. So, come on. What’s it gonna be? Time’s a wastin’.”
Dillon stared, only half taking in the man’s husky and hurried words. His free hand dropped to his side. More struck by the muscular body of the attractive man standing impatiently in front of him than interested in his words, he continued to study him closely. A genie? Instead of wearing genie-type garb, the man wore a gray polo shirt and tight black jeans. Silver bands decorated his wrists, catching the late morning sun and shining brightly with each movement of his hands. His clothing clung to his body, highlighting his broad chest, lean hips and muscular legs. He guessed without looking the stranger would have a tight, firm ass. Sort of went with the territory. His tan face contained determination, not handsome but arresting with sharp angles and soft lips. Black hair, long and thick, curled in haphazard manner over his shoulders. Dark stubble shaded his strong jaw while a silver ring pierced one ear. Blue eyes glittered from beneath dark brows. Dillon’s gaze slipped to his mouth. Oh yeah. Talk about sin…that soft mouth was made for kissing.

Dillon shuddered, his brain freezing and refusing to move onward. Every muscle in his body tensed as he imagined how that luscious mouth would feel curled around his cock, working it. Teasing. Stroking. Sucking.

“Hello. Hello?” The man clicked his fingers in front of Dillon’s face. “A simpleton.” Pure disgust distorted the sensual curve of his mouth. “My contract’s almost done, one wish left to issue, and I get the village idiot.”

The disparaging tone jolted Dillon back to the present. “I’m not an idiot, merely surprised,” he said, his heart pounding with a combination of lust and amazement. “Who are you?”

“Zanofredo. Genie contract number twenty-one. Enough chitchat. We need to move this along. The sooner I grant you one wish, the quicker my contract terminates. Freedom but for an idiot,” he muttered. “So close I can taste it.”

“Freedom?” Dillon didn’t understand and his mind wasn’t exactly keeping him up to speed. He shifted his stance, trying to ease the fit of his jeans.

“Damn, I was right. You are the village idiot. Listen very carefully. I shall say this only once. Each genie contract stipulates one hundred wishes. We may give out a maximum of three at a time. I have one wish left on my contract. That wish is yours.”

“Call me Zane. It’s easier.” No mistaking the impatience this time.

Zane. The name fit the man perfectly. “Yeah, okay. A genie, huh? What happens to you once your contract expires? And how come you’re dressed like the rest of us? Your English is perfect.” Dillon wanted to touch and taste the man’s sarcastic mouth so badly he trembled. He hadn’t felt the same urgency, the same desire, for a long, long time.

“This is a light-hearted romantic comedy for a start. But only for a start, the intensity of their physical reactions to each other is toped only by the emotional connection as Dillon tries to help Zane out of a bind. Wonderfully funny and intense. How is that possible?”
~ Alternative-read.com

“Last Wish is a delight; full of humor, love, hot passion and a couple of very lucky guys. If you enjoy folk tales with unusual yet modern twists, then Last Wish has what you’re looking for.”
~ Whipped Cream

“Heat, humor and hijinks all contribute to make Shelley Munro’s Last Wish fun to read and savor…Shelley Munro’s talent as a writer shines through in the pages of Last Wish.”
~ eCataromance