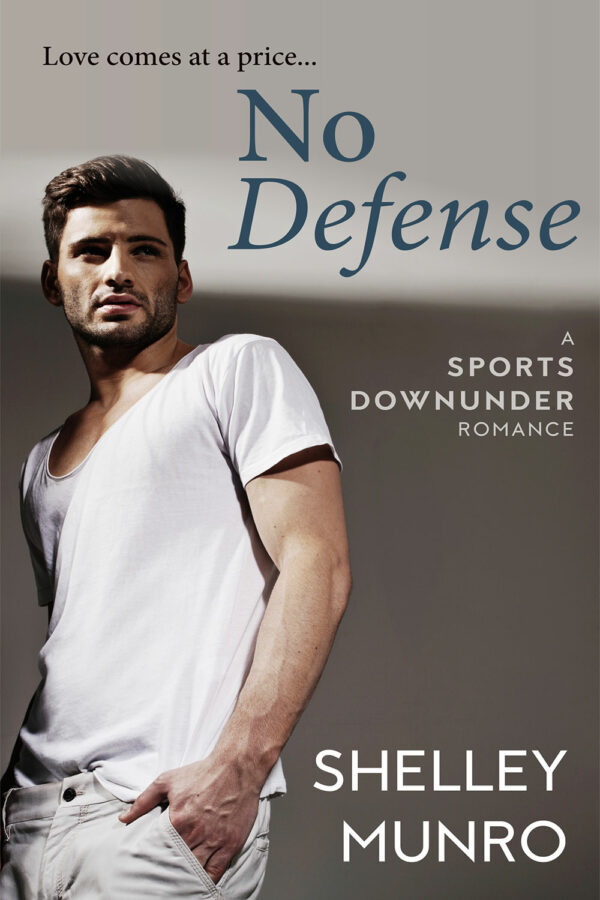 Tyson Hamlin lives and breathes rugby, and with his natural talent, he’s destined for the big time. But Tyson has a secret—his perfect life, complete with doting girlfriend—is a lie. While he loves the game, he’s not as driven as he used to be, and his girlfriend is a beard he hides behind because the truth is—he prefers men.

Darcy Nichols transfers from Dunedin to pursue his dream to make the national team. He’s giving his all this one last season and intends to focus on his goal. Openly gay, he arrives in Auckland to suspicion and hostility.

One look at Darcy and Ty is smitten. He wants the sexy Darcy badly. Game on. The sparks fly in private as they burn up the sheets, but they can’t live in seclusion forever. They’re under public scrutiny, and one wrong step could derail their rugby careers and end their dreams forever. 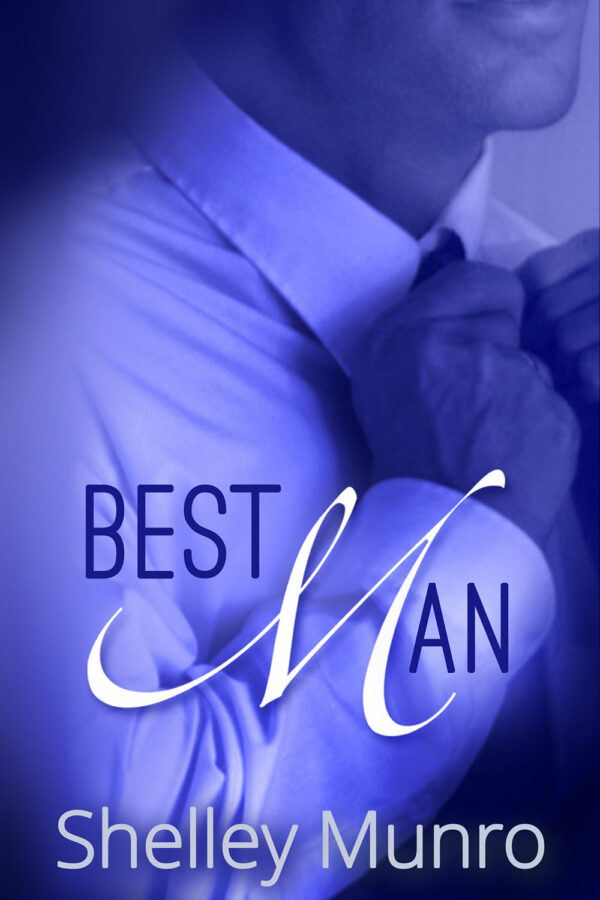 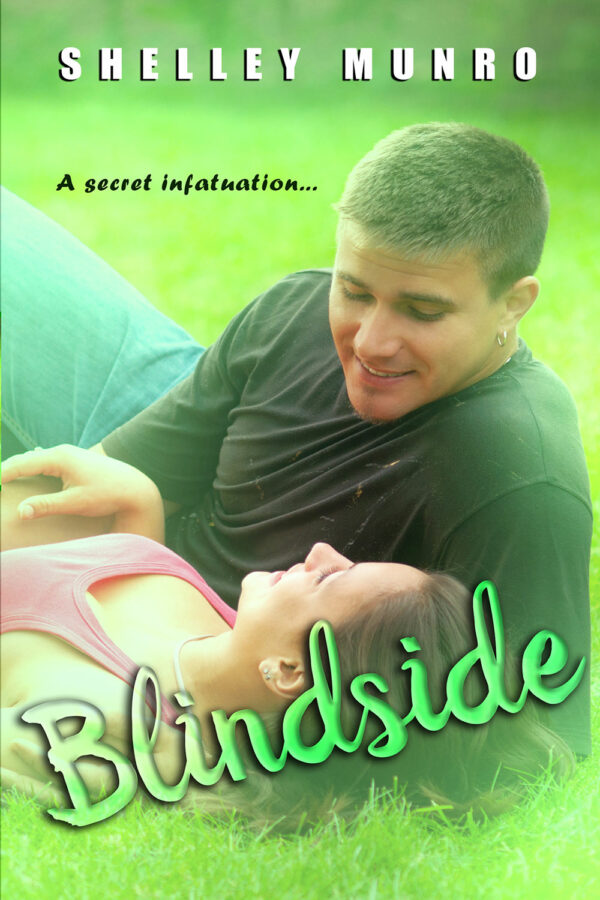 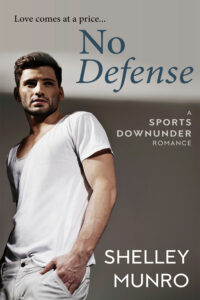 Ty Hamlin attempted to tune out his teammates and pulled on a pair of socks before lacing up his rugby boots. Same tired conversation he’d heard all week. Ever since club management announced the signing of Darcy Nichols, he’d listened to variations of the topic. He wished they’d give it a rest.

Silence fell in the changing rooms, and Ty glanced up from his boots. His breath caught in his throat.

Darcy Nichols. Tall—over six feet—he personified bad boy with his bald head, mischievous blue eyes, stubble framing his jaw and upper lip. A mouth made for kissing. Well-developed chest and biceps. Tight butt. The perfect rugby body. Strong but not too bulky. An ache in Ty’s chest reminded him to breathe, to stop staring. His teammates would notice his fascination if he wasn’t careful. Christ, the man pushed his buttons in a big way. Sexy. Tempting. If things were different, Ty might actually make a move on him.

“Hey, guys.” Darcy sauntered to a clear spot not far from Ty and dropped his gear bag on the bench.

Hostile silence met his greeting, and Ty felt bad for him. The snub didn’t seem to worry Darcy. The zipper of his bag was loud in the strained hush, the clack of sprigs against the concrete floor of the changing room floor like a hammer blow when he dropped his rugby boots on the ground. Darcy’s tuneful whistle cut through the quiet as he let his coat slide down his arms and yanked off his leather boots.

Rapid footsteps approaching the changing room broke the spell and the other players started to chatter amongst themselves.

The coach appeared in the doorway. “Ladies,” he said in a sarcastic tone. “What the hell is the holdup? We don’t have time for you to catch up on gossip.”

His words galvanized the players, and they sprang into action, the clatter of boots as they hurried out to start training a discordant cacophony of sound.

Ty finished lacing his boots and stood. Unable to resist, he shot a glance at the new guy. Darcy caught him in the act and winked. “Ty Hamlin, isn’t it?”

Ty nodded, the lump inhabiting his throat robbing him of speech. A surge of heat filled his face and he cursed inwardly. Way to go. Darcy probably thought he lacked brain cells. Too many hard tackles on the rugby field would do that to a man.

“You scored a great try last week against Nelson. You showed good strength to push through their big forwards.”

“Thanks.” Ty’s voice emerged a pitch higher than normal. So much for acting casual.

Darcy jerked his chin at the dressing room exit. “We’d better go before the coach screams at us again.”

Ty gave a swift nod and led the way out to join the rest of the team, fully conscious of Darcy at his back. God, this had to stop. Rugby was his future. The dream he’d chased since he was old enough to toss a rugby ball. Hell, rugby was his father’s dream too. He wanted his son to make the All Blacks, and Ty couldn’t do that if he didn’t keep his eye on the ball.

On automatic pilot, Ty started running the warm-up laps they always started their training session with before switching to drills.

A chill wind whistled over the floodlit field, the promise of rain heavy on the air. Underfoot, the ground was spongy with water from an earlier shower. Mud splattered up when Ty sprinted around cones and passed a couple of his other team members.

“Is that all you got?” Ty taunted.

“I can beat you in a race any day, Hamlin,” Steve, the halfback snapped back.

“Put some pep in it, ladies. We have a lot of work to do tonight,” the coach hollered.

“What crawled up his butt?” Steve asked after they hauled ass and increased their speed.

“Dunno.” Ty didn’t care. A hard training session would help take his mind off Darcy Nichols. He put on an extra burst of pace in an attempt to outrun his contentious thoughts. Unbidden, his gaze drifted to the men running in front of him. Darcy ran alone, Ty’s rapid speed closing the gap between them. Darcy wore shorts and a T-shirt bearing their sponsors’ labels like the rest of them, yet the play of firm muscles mesmerized Ty. He ran into a puddle, the splash of icy water giving him a rude jolt of reality. He couldn’t perv at a man and especially an openly gay man.

His father would never speak to him again if he landed himself in the middle of a scandal and loused up his chance to score an All Black cap for the upcoming test against Australia.

The promised rain arrived halfway through running their training drills, but they continued their session, splitting into backs and forwards for specialist training. The assistant coaches went to work, pulling apart their first game of the season—the one they’d lost. Ty snorted. Maybe that was the reason the coach was bellyaching tonight. The grizzled ex-player hated to lose.

Two hours later, wet, tired men filed into the changing room. Groans and complaints ran rampant because they were soaked to the skin. Ty dragged his wet T-shirt over his head and sat on a bench to remove his boots. He stripped off the rest of his sodden clothes and, after grabbing his towel, headed for the shower.

Normally there was a fight for the showers, but not today. When Darcy Nichols prowled into the changing rooms, everyone fell silent.

From the corner of his eye, Ty watched Darcy scowl. “Damn, I don’t have cooties,” he growled. “I’m here to play rugby.”

Ty stepped under the shower. He’d promised to meet Amanda for a late dinner but found himself lingering to listen to the conversation.

“That doesn’t mean I intend to jump you in the showers. If I’m interested in sex, I’ll go to a club. The men there don’t have busted noses and cauliflower ears.” Darcy’s face tightened with irritation. “I want to play rugby and do my best to get a call up for the All Blacks.” When no one commented, he rolled his eyes. “Look on the bright side. With me around, you won’t have to worry about your girlfriends and wives at the after-match functions. Despite my ruggedly handsome face, they’re safe with me.”

Not a man commented.

Ty grabbed soap and washed briskly. He rinsed under the tepid water and turned off the tap. Reaching for his towel, he blotted the water droplets dry and, after wrapping his towel around his waist, wandered back to where he’d left his gear bag. He dressed rapidly in the black trousers and decent shirt he’d brought with him. After thrusting his arms into his black leather jacket and sitting to tie his boots, he said a general goodbye. “Catch ya later.”

“You not coming to the pub?” the assistant coach asked.

“Fuck, if I had a girlfriend like Amanda, I’d skip the drinks too,” one of the forwards said, clear envy in his voice.

“She’d want someone much prettier than you,” another player taunted.

“Everyone’s prettier than him. Only a mother could love his face,” someone added.

“Fuck you. At least I don’t play like a girl,” the maligned player retorted.

Ty slung his gear bag over his shoulder and left them to their bickering. Rapid footsteps behind had him half turning.

Darcy. Of course it’d be Darcy.

The guy haunted Ty’s dreams, and the dreamscape didn’t hold a single rugby field. No, instead he dreamed of naked male bodies, silky sheets and sun streaming through open windows. In the distance, the soothing rush of waves played, interspersed by the odd call of a gull. An empty beach with not a single person in sight. The fantasy called to him often and he usually woke on the verge of coming. Amanda thought it was her who did the trick, and he let her keep her fantasies.

“Don’t let them get to you. They’re idiots,” Ty said, forcibly shoving the desire safely to the back of his mind. It was bad enough he lusted after Darcy. He didn’t need to enforce the impossible with an unruly erection.

“Don’t worry about me.” Darcy’s wide smile grabbed Ty by the nuts and twisted. So much for keeping things cool. “I knew I’d face a tough road when I came out. Some people think I’m a mutant.”

“They’re a decent group. Once you prove your rugby skills and they realize being gay doesn’t mean you’re gonna jump them in the showers, they’ll come round.” Ty pushed open the door, needing his full weight to combat the wind. “Hell, it’s still pissing down.”

“Looks like I’m gonna get wet. I should’ve brought my car.”

“Where are you going?”

“I have an apartment in Newmarket, overlooking the Domain.”

“I’m heading that direction. I’ll give you a ride.”

It was a bad idea, talking to Darcy. He was sure of that. Spending time with him rated as plain stupid and a worse plan. Too late now to retract his offer. “No problem. Let’s make a run for it.”

“NO DEFENSE is seduction, sex and sports all rolled into one entertaining story. I adored Ty and Darcy’s story, and I can’t wait to read more of Ms. Munro’s work.” ~ Romance Junkies

“No Defense was enjoyable and funny, and you will definitely enjoy this book and the characters even if you don’t know anything about rugby. I also think that Shelley Munro did a good job on the sports aspect of this book and she either did a lot of research or had an excellent beta.” ~ Review by Jessewave

“This story takes the reader through the development of Darcy and Ty’s relationship and the feelings of love that grow between them. I enjoyed it immensely, and I would love to see a follow-up story on this couple. It is hard to let go of them once the story has ended.” ~ Night Owl Reviews

“NO DEFENSE manages that rare MM romance that combines sexual heat with emotional connection and I highly recommend it to other readers.” ~ The Romance Reviews