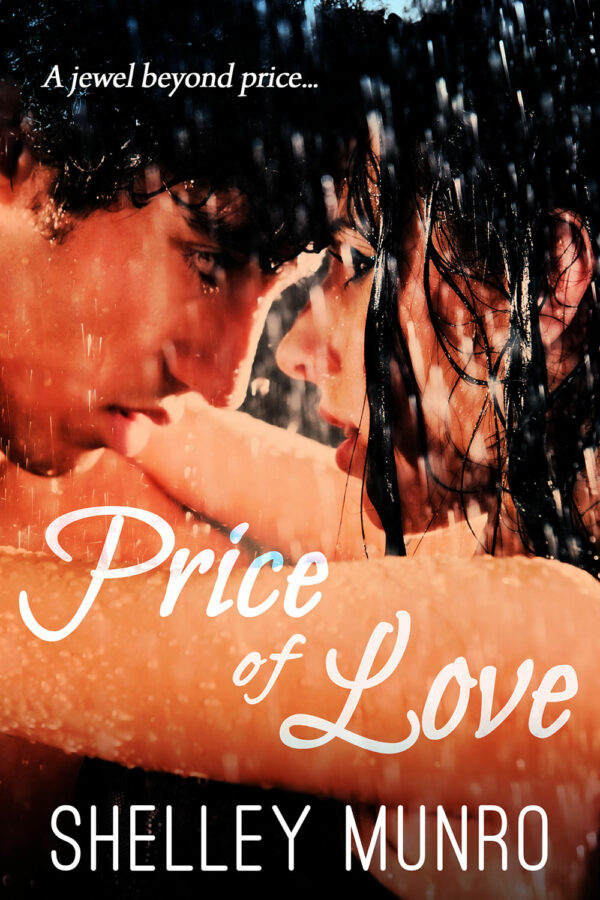 Tiger shapeshifter and soldier Kersen Amat is desperate to mate with the sexy Jarita Namar, a leopard shapeshifter and the woman of his dreams. He plans his courtship and pursuit with care.

Step 1 is to secure parental permission.
Step 2 is to collect rubies for the bride price.
Step 3 is to woo the beautiful and independent leopard shifter.

Not impossible tasks, but hardly easy either, considering the number of things that could go wrong.

Jarita has watched Kersen from afar for months, but he hasn’t shown any return interest. It’s time to take action and shape her future in the way she desires.

Jarita stumbled after Kersen, her thoughts in turmoil. Despite the danger, she’d thought a visit to the temple in the forbidden territory was worth the risk. She’d wanted to make an offering and ask for a chance with Kersen. Instead the man had ambushed her and she wasn’t quite sure what to make of this turn of events. 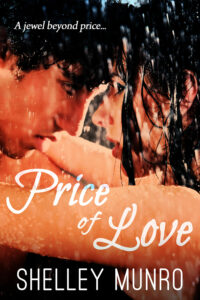 He’d kissed her like a child and threatened to punish her, except the way he’d described it made her body prickle with pleasure, her breasts swell with longing. Even now each step made her nipples brush against her blouse. The calloused touch of his hand, clasping her fingers as he dragged her along, sent tingles of pleasure galloping up her arm. Kersen was so strong, yet he had a gentle and patient side, taking time to teach the small shifter boys how to whittle figures from teak. It was this that had attracted her despite his fearsome reputation as a warrior.

His glistening muscles rippled, his shoulders powerful and strong, chest broad. Each time she looked at him her breath caught and she’d wonder what it would feel like to touch his bronzed skin, to tunnel her fingers into his chocolate brown hair with its pretty golden strands. All the other tigers had black hair with golden, almost red highlights. Not Kersen. A sigh of longing escaped as she studied his naked chest and wondered what he’d look like with the cotton longyi brushed aside to reveal his bare buttocks and cock.

Her body heated with yearning and each breath came in a tiny pant. A memory of watching him train with the other men, his chest bared and glistening with sweat brought an audible swallow.

Jarita bumped into him because he stopped so suddenly. Everything is wrong. I don’t know how to tell you I need you, which is why I decided to visit the temple in the first place. “No, nothing is wrong.”

Stupid male. How could he not know? She was hot for him. “It is always hot in the jungle.”

“There is a pool suitable for swimming where we’re going.”

“We’re not going back to the village?”

“But I thought—” Jarita broke off. Maybe things would work out after all. She’d flirt with him and jump him, seduce him into thinking they had a future together. It had worked for her best friend.

“Nothing.” Jarita sank into thought, putting together a seduction plan and rapidly discarding every single idea. She kept coming back to the fact she was leopard. Although Kersen was friendly with her father and brothers, that didn’t mean they’d welcome a tiger into their family. The alliance between the clans was still new and they were all learning to adjust. Besides, she wasn’t about to bring up the subject, not even when her father had asked her this morning if there was a male she favored for a mate. She really needed to make an offering at the temple.

The faint trickle of water grew louder and Kersen led her into a small clearing, the track so faint she would have bypassed it had she been on her own. Shards of sunlight pierced the jungle canopy, sweeping away the shadows of the jungle. A stream ran through the clearing while colorful butterflies flitted across the wildflowers growing in the patch of open ground.

The slight emphasis on the word “rest” made her study him closely. His face was impassive but his amber eyes glowed with heat. She held her ground when he prowled toward her. Instead of grabbing her as she’d half thought he would, Kersen brushed the back of his hand over her cheek, a gentle caress that made her feel treasured. His lips sought hers again, but this time his kiss dominated, demanded. There was nothing gentle or childlike about the thrust of his tongue, the hard grip of his hands on her shoulders or the hard spike prodding her in the stomach.

“The characters in PRICE OF LOVE were the biggest highlight of the story for me….The suspense-filled plot takes on a secondary, supportive role in the story as a vehicle, which quickly cements the budding affections between the main characters.”
~ A Dark Angel Review

“Price of Love is a tale of love and honor. Ms. Munro very skillfully blends shape shifting and intrigue in this wonderful book. I recommend that you take time out and read this great short story and step into Jarita and Kersen’s world.”
~ Simply Romance Reviews