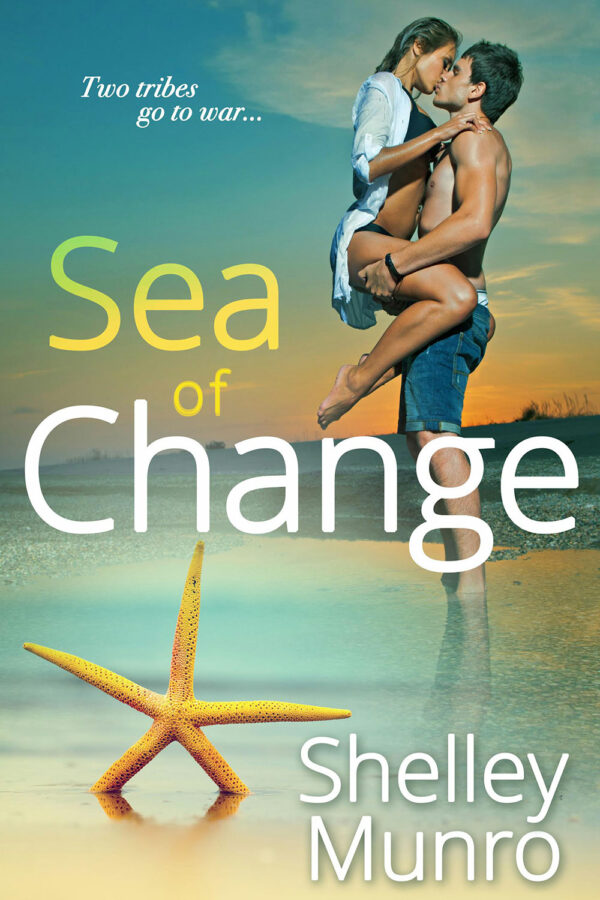 Well hello, gorgeous. Asia Bolino tried not to stare and slid slowly into the Norah Jones number, following the cue from the accompanying musician. Her heart shifted into an erratic gallop while a wave of heat engulfed her body. Turn around, she pleaded silently. Oh looking good. Go on. Turn right around. Let me get a good look at you… 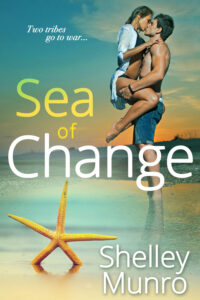 Aw, rats! Disappointment throbbed through her voice before she pulled herself together and continued smoothly singing the song. She knew that face, and the man was off limits. Way off limits.

Roman Anderson. What was he doing slumming in the Blue Venetian nightclub?

Her mother would have a conniption if she became involved with an Anderson. Ah well. No harm appreciating the view. Because there was no getting away from it—the man was a fine specimen. To hear her family talk, he was the devil incarnate, but jeepers, the man oozed sex appeal. She inhaled sharply as she viewed his rear end. Yep, he looked good from all angles.

Asia held the final note before letting it trail away. The music ended, and she smiled at the audience, graciously accepting the applause with a regal incline of her head.

Roman Anderson was not the man for her. She sighed, accepting the truth but not liking it. Feuds were the pits, especially when they limited the gene pool for shapeshifters like her. The warring between the Transient Orcas and the Resident Orcas was stupid and meaningless in these modern times, but Asia knew there were those who actively encouraged the rift between the tribes.

The introductory bars of another Norah Jones favorite pulled Asia back to professionalism. She started to sing in her trademark smoky voice, pleading the audience to come away with her. The low buzz of chatter in the nightclub faded, letting Asia know she was doing a good job. She let her eyes drift closed, threw back her head and poured her heart out in the music. For the three minutes of the song, she held the audience enthralled. The music faded and for a heartbeat there was total silence before the applause broke out. Asia’s eyes popped open. She grinned broadly and bowed from the waist, giving the group of businessmen at the front table, Roman Anderson included, an excellent view of her creamy cleavage. She straightened, snagging Roman’s gaze for a long, drawn-out moment. He closed one brown eye in a wink and grinned at her, robbing her of breath.

Maybe he was adopted. She could corrupt him, she thought, taking half a step toward him before commonsense kicked in.

“That’s the end of Scarlet’s segment for now,” an announcer said over the loudspeaker. “She’ll be back for another at midnight.”

Asia stepped down from the stage and headed to the bar for her customary glass of sparkling water. She leaned against the shiny, wooden bar and inhaled deep, wanting to fan the heat from her face. She resisted, feeling a little pique. A man hadn’t affected her this way since her ill-fated romance with her ex-manager. She should know better than to lust after a pretty face.

Asia waited while Frank, the barman, served a group of young women out for a hen’s night judging by the screeching and laughter. She noticed several of them were eyeing Roman. None of her business! But she couldn’t prevent the satisfaction that stole through her when Roman ignored them.

“Hey, Frank. It’s busy tonight,” she murmured when he finished serving the rush of customers. The sharp tang of smoke contrasted with the sweetness of the floral scent wafting from the young women standing beside her.

“Sure is, Scarlet.” Frank placed a glass in front of her. “Looks like someone is trying to grab your attention.” He gestured behind her with a jerk of his blond head.

Asia smelled the green, fresh scent of outdoors, seconds before the warm muskiness of a male body hit her. Trapped between the heat of the man and the bar, she turned, ready to voice a protest.

“Sorry, Scarlet.” Roman’s voice was husky and strummed pleasantly across her nerves. It matched the sexy body perfectly. “I didn’t mean to crowd you. Someone pushed me.” His brown eyes twinkled down at her, a novel experience for Asia since she hit six feet in her bare feet and looked down at most men.

“Not that I’m sorry. You feel as good as you look.”

An uncustomary blush climbed her neck and seeped into her cheeks. Why did the enemy have to look so sexy? So tempting?

“No problem,” she drawled, pausing to take a sip of icy water. The cool liquid soothed her fluster until she glanced at Roman again. Shoot. He wanted her as much as she wanted him. He obviously had no idea who she was. So what did she do now?

Play safe and tell him she wasn’t interested, or take a walk on the wild side?

“My name is Roman Anderson.” He held out his hand to cement the formal introductions.

“Scarlet,” Asia said with a note of caution.

“Pleased to meet you, Scarlet. Could I interest you in a late supper after you’re finished here?” His eyes narrowed as his attention zoomed in on her other hand. He picked it up and caressed the knuckles, his thumb strumming across the ruby and diamond band her grandmother had given her and she always wore on her left hand. The ring helped to scare away non-desirables, and if they were too thick to notice, she pointed it out to them. “Or am I too late and someone has snapped you up already?”

“No man in your life?” His alert expression told her he was weighing her reply, judging if she told the truth.

She shook her head, letting open honesty shine through. “I don’t get much time to date.” In this, at least, she could state the facts.

“Do you have time tonight?”

A negative reply formed in her mind. “Yes,” she whispered. Oh boy. Ma would lock her up and throw away the key. Except… Asia thought rapidly and decided one night with Roman Anderson was worth the risk. The family was away and she didn’t expect them back until the following month. And if they did arrive back unexpectedly, they rang first. Nine out of ten times anyway, because they knew she had a hectic schedule. Her mother had muttered something about having a yearning for the fish off the coast of South America. No doubt they’d sample the local delicacy of seal meat while they basked in the foreign waters. One date. Asia glanced at Roman’s dark, handsome face. Hard to believe he was the killer whale monster depicted by her family. Where was the harm in one date? And maybe a little action between the sheets if they were of the same accord?

“Yes,” she repeated in a firm voice.

“Great.” Roman didn’t act as if her acceptance were a given and she liked that. “Where should I meet you?”

Asia hesitated, trying to work out what to do to maintain secrecy yet not tip Roman off that things were not quite legitimate. “How about outside the side entrance at one?”

“I’ll be there,” he promised, his dark eyes glowing. “I’m looking forward to getting to know you. Very much.”

A frisson of pure lust swept Asia. Her gaze drifted across his face, his mouth, and she wondered what it would feel like to touch him, to lean her weight into his chest and feel the dense muscles crush her breasts.

The soft clearing of a throat jerked her back to the present. Amusement coated his smile, bringing a renewed flush of heat to her cheeks.

“Hold that thought,” he said, blowing her a kiss before returning to his table.

Asia sighed, her heart thumping so hard it felt as if she’d finished a hundred-meter sprint. The last segment of her act couldn’t finish soon enough.

“The characters were charming and complex with their individual own weaknesses and stupid mistakes, and one cannot help cheering for them as they went through their journey of finding and becoming worthy of each other.”
~ The Romance Studio.

“Ms. Munro has written a story that shows love can overcome any obstacles. This shapeshifter story is
unique and surprised me as the first story I have read where the shifters were not wolves or bears.” ~ Coffee Time Romance.