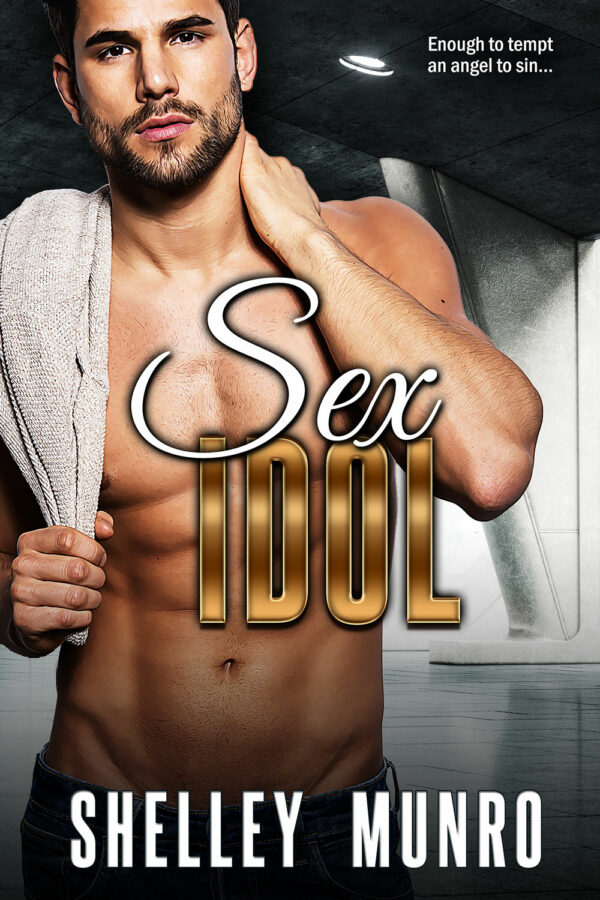 Are you Sex Idol material?

Can you strut your stuff on stage, turning on the audience—your judges? Are you experienced in all forms of sexual entertainment?

Calling all sex contestants on Earth and off-planet! We are searching for candidates to enter the ultimate in sex reality shows. The winner of the Sex Idol title will receive a fabulous prize package including an advertising contract worth over ten million credits. Pick up your entry forms from Robinson’s, the makers of designer toys and sexual aids, and sign up today!

Sex contestant, Antonio Perez sees the Sex Idol contest as an opportunity to reconcile with his former partner Sasha Greenacre. With Sasha at his side he’ll have hot sex and an excellent chance at taking out the ultimate title.

Sasha is shocked when Antonio walks back into her life, asking her to train him. She’s determined to keep her distance and guard her heart. Sasha doesn’t want to step over the emotional line again even though one look at the luscious hunk is enough to tempt an angel to sin… 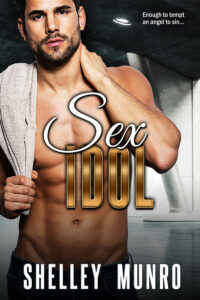 She didn’t want him. Indignation made him push her away but the soft flush on her cheeks changed his mind. She wanted his baby. She liked kissing him. Sasha must feel something for him. Antonio wished he could fathom what she really wanted from him.

They strolled side by side into the small backstage room specially set aside for the next competitor on stage to warm-up and prepare. Antonio noticed the technicians give Sasha’s naked body a few sidelong looks. Several of the others were naked too, but it seemed to Antonio that they were paying particular notice to Sasha. Damn, why hadn’t they grabbed robes? He winged a glare at the nearest offender and placed his body between Sasha and the man’s leer. Sasha’s bag hid some of her, and at least there would be spare robes, provided by the sponsors, in the waiting room. They sure as hell weren’t heading back to their dressing room without them.

“Antonio Perez and Sasha Greenacre.” Antonio watched the man carefully in case he ogled Sasha, but the appreciative glint in the man’s eyes told him the security guard swung the other way. The sly pinch on Antonio’s ass as he passed confirmed the supposition. Sasha’s virtue was safe but Antonio wasn’t so sure about his.

Antonio caught a whiff of sanitizer spray when he stepped inside the room. Cleaned instantly by the housekeeper droid for their use to warm-up or whatever else it took to prepare for their onstage performance. A large screen showed them the action on the stage if they wanted to check out the opposition. Sasha ignored everything to rifle through her bag. She muttered before giving a small cry of success and pulling a plastic jar out.

“I’ve brought some body glitter with me. It’s something new I’ve been experimenting with. If we choose the nighttime backdrop, you know the one with the deep blue coloring that comes with stars and the moon. The lighting they use with that backdrop should highlight the body glitter.”

“All right. What about positioning on stage?”

“I’ll take the chair.” She stopped abruptly and pointed at a small speaker.

The room was bloody bugged. God knows who was listening in. It could be management or other competitors. “Warm-up time,” he said abruptly.

Sasha went into his arms, following his cue without protest. Her hands glided down his chest to tease his genitals. She traced the baby-soft skin of his cock before running her fingers from base to tip. “You look so much better without all the body hair. You feel better too. Did it hurt?” Her eyes were full of silent laughter.

“Yes, it fuckin’ hurt,” Antonio muttered, wondering what the hell she was going on about.

“Do you think we’re being watched as well?”

“We’ll have to risk it.” Sasha pulled away and grabbed up the jar she’d set on the bed beside her bag. She screwed the top off and dipped her forefinger into the thick pink cream. “I’m going to do a quick pattern on your chest and back.”

The one-minute warning belled peeled out.

“Here. Dip your finger in and make some swirly patterns on my back and butt.” As she spoke, she rapidly traced around her breasts, down her belly and lower body. “The glitter will shine in the light.”

A knock sounded on the door before it opened abruptly. “You ready in there. On in one minute.”

An officious-looking woman with hair pulled tight in a bun and old-fashioned horn-rimmed glasses tapped a pencil on her chart. “Which of the categories are you performing first? I need to tell the compere.”

“Why are two going onstage?” she demanded, stepping in front of Sasha.

“There’s nothing in the rules to say two competitors can’t go on stage. They can’t touch each other, of course,” Sasha stated. “But there’s nothing else to prevent a competitor and partner being on stage at the same time.”

“We’ll see about that,” the woman said. She stomped over to the registrar and spoke him with much gesturing in their direction.

“Are you sure?” Antonio said.

“You can both go on stage but the slightest infraction of the touching rule will result in disqualification,” the woman said. “Wait for my signal and you’re on. Background music—slow, medium or fast?”

She sounded nervous again. Antonio wanted to take her in his arms and kiss her, soothe away her fears. Couldn’t happen. Not here in front of everyone. Instead, he reached for Sasha’s hand and squeezed it briefly, trying to put everything he felt into that one touch.

“Did you hear about the Irish man who broke his leg?”

A faint smile replaced the anxiety in her eyes. “No.”

“He was trying to tap dance and fell into the sink.”

“Next up is Antonio Perez,” the compere shouted over the cheering crowd. “And his drawn category is self-pleasuring.” A round of wild applause filled the stadium.

“Antonio! Antonio!” a group of fans screeched from the front. They waved banners and one of the more adventurous flashed her breasts.

Antonio grinned, taking heart from her tone. “Let’s do this then we can go back to the dressing room and work out how to fit the carrot into our act.”

He strutted onto the stage in performance persona with Sasha at his side. Confidence grew and he flashed her another grin.

When the audience saw both of them, they became silent, aware that something out of the ordinary was about to happen. Their faces and every action were recorded and beamed onto huge screens so everyone in the audience could take in the smallest detail.

Sasha strutted over to a chair and fell into the comforting cushions in a relaxed sprawl, just as they’d discussed. With her blonde hair mussed and the light catching the body glitter, she looked like a wanton angel. His angel.