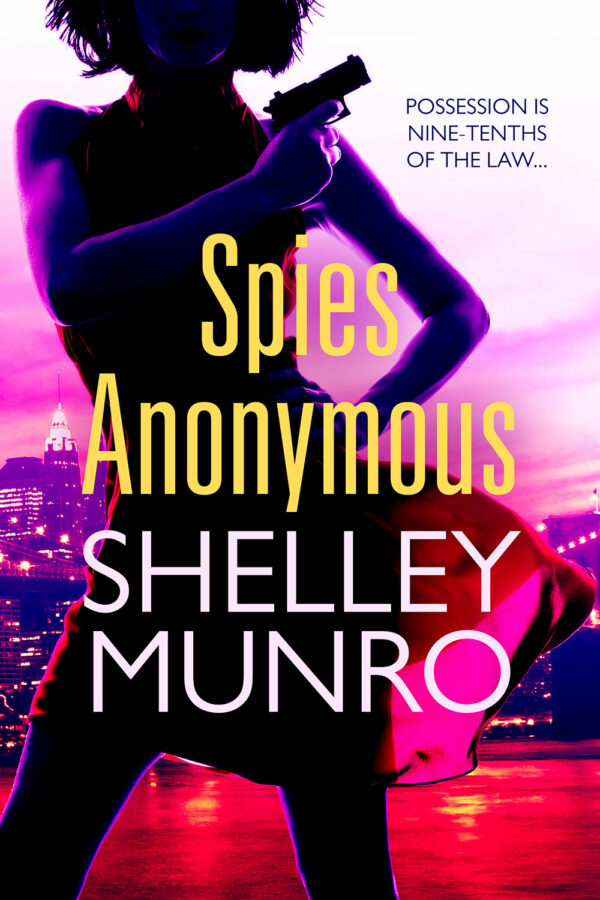 An heirloom ruby. That’s where Sarah Walsh’s troubles began. Oh and sex. That came into the equation when she met Flynn Wangford. Now he has her jewel and she wants it back.

Bad boy Flynn is causing trouble again. Sarah and fellow spy, sometimes lover Thomas MacIntyre attend Lord Maxwell’s society birthday party, their assignment to protect the British prime minister and royal guest Princess Leila from Mundavia while keeping an eye on Flynn Wangford. For Sarah it’s a chance to retrieve her ruby, an opportunity she fully intends to exploit. Somehow, she’ll juggle official duties and best the cocky Australian. But before she knows it, Sarah is alone with Flynn and somehow they end up horizontal.

The sex is explosive and hot, hot, hot, but she can’t stop thinking about Thomas. Two men. They’re so different yet both are delectable and very distracting for a woman with a mission.

Sarah must concentrate on recovering her ruby but it seems she and Flynn aren’t the only players in the quest to secure the gemstone. Thomas wants the ruby as well.

Warning: This is a tongue-in-cheek story—an adventurous caper with a prized jewel for the winner. If you’re looking for a serious thriller, this isn’t the book for you. It also contains same-gender and ménage a trois sex scenes.

Sarah Walsh zipped her red convertible into a gap between a sedan and a black London cab and sped down Bayswater Road, heading toward Notting Hill. The wind tugged at her dark curls and the early spring sunshine made her feel pleasantly warm. She warbled a few notes of a top-ten hit then stopped to laugh with the sheer pleasure of being alive. It was a great day to be in the spy business. 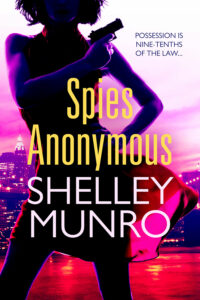 Shifting down a gear, she made a left turn and five minutes later pulled up in Drayson Mews. Sarah leapt from her vehicle, grabbed her bag and strode over to the sparkling white door. She stabbed the polished brass button to the right of the door with her finger and leaned forward to speak into the intercom. “It’s Sarah. I’ve come to see grandmother.” Code to announce she had arrived for a meeting with Mr. Mark, the London head of Spies Anonymous.

She waited, a smile playing across her lips when envisaging the young male who would answer the door. Cute in a scholarly kind of way, Chester always blushed in her presence, especially if she flirted or teasingly leaned close and brushed a kiss across his freshly shaven cheek.

Footsteps sounded and the door flew open. Full of devilment, Sarah puckered up ready to give him the kiss of his life. But it wasn’t Chester on other side and her kiss landed on the lined cheek of Mr. Mark, her boss.

“Oops.” Sarah made a moue of disappointment, even as she secretly laughed at the red imprint her lipstick had left. Mr. Mark was no fun, but maybe not all was lost. She glanced past her boss. “Where’s Chester?”

“About time. Come along, Walsh. My office. Now. We have a matter of grave national importance before us. No time for your shenanigans.”

Sarah sobered rapidly, her curiosity piqued by his words. What would this particular mission bring? She followed him up the narrow carpeted stairs to the luxurious office on the first floor. One of her fellow operatives and very good friend Thomas MacIntyre lounged in a cream leather chair. He straightened and stood when they entered the room, winking at Sarah when Mr. Mark wasn’t looking. A traditional tall and delicious man with military short dark hair, a profile that spoke of power and a jaw that hinted at determination, he was also a lot of fun, if a person made an effort to chip away at the aristocratic reserve first. Sarah grinned, a zinger of awareness spearing through her body. A great deal of fun. Thomas’ dark gaze dropped to her breasts for an instant before rising again to study her mouth. To her consternation, Sarah felt her nipples tighten against the silky fabric of her new red camisole. In an effort to hide the reaction, she turned to toss her handbag until she required it again. The black leather bag flew in a graceful arc, strap landing on the coat stand seconds before Sarah took a seat beside Thomas. Yes!

“No time for your games, Walsh.”

“Of course it is.” Sarah gave an emphatic nod. “Where’s the fun in being serious all the time?”

Mr. Mark scowled his disapproval but refrained from speaking again. Instead, he moved behind the large oak desk dominating the room and dropped into an executive leather chair. He came straight to the point, his serious mien highlighting the importance of the mission he was about to give them. “Last month, the Commonwealth Heads of State meeting was held in Sydney, Australia. Yesterday, sources informed us that senior members of the British party had compromising photos taken of them during a…ah…private moment. The people responsible are demanding we withdraw our troops from Mundavia, plus they want three billion Euros in exchange for the photos and negatives.”

Mr. Mark dimmed the lights and flicked a switch to open a small screen on the wall to the side of his desk. Images of Julie Mortimer, the British prime minister, and Toby Longstreet, her senior aid, flashed up on the screen attached to the wall. Their faces were close. Julie wore an intimate smile that took her from studious and clever to sex siren while Toby Longstreet appeared plain besotted. It was very obvious they were more than coworkers.

“I interrupted my game of golf for this?” Thomas drawled, fiddling with one of his gold cufflinks. “Why don’t they just suck it up and deal with the tabloid speculation?”

Sarah remained quiet even though she agreed with Thomas. She couldn’t see what the problem was since both the prime minister and her aid were single and unattached.

Their boss clicked on a button of his laptop computer and the image changed. This time there were three people in the picture. In addition to Julie Mortimer and Toby Longstreet there was another man. Sarah’s breath caught as she studied the second male.

Sarah willed herself to remain impassive while inwardly she cursed the small sound that had given her away. She knew better than to give Mr. Mark an opening like that. “Flynn Wangford. We clashed during my last assignment.”

“Secrets, sex and suspense are a few words I can use to describe this great read by Ms. Munro….The ending is a surprise I didn’t see coming and kept me on the edge of my seat. The sensual aspects of this book are very hot and occur often. Those who like their characters interesting, reading spicy and plots full of unexpected twists will enjoy this book.”
~ The Romance Studio.