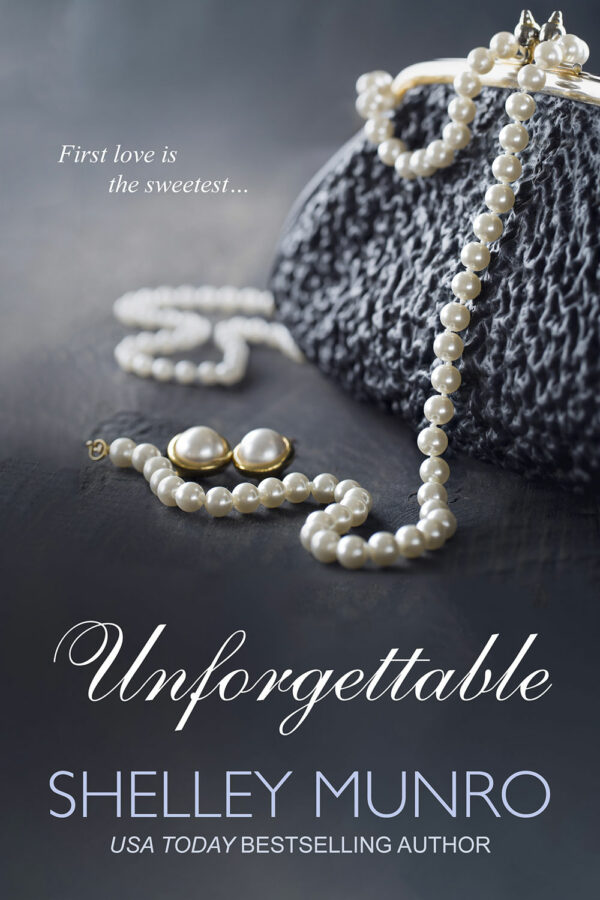 1941. Britain is at war and under threat from the enemy. Life is fragile and love is more important than ever.

Margo can’t forget Johnnie. A chance meeting brings an opportunity to correct past mistakes, to show him they belong together. Bombs rain down on the city and they take refuge. It’s a night of discovery, of passion and bittersweet love laced with danger and the realization that Johnnie must return to fight the enemy. Margo is thrilled they’ve become lovers, but in the morning old problems resurface and she faces one final test to prove their love is unforgettable.

The clear notes of a trumpet blared, forcing her back to the present. A piano tinkled a bright and gay tune while a husky voice crooned words of blue birds and Dover. Chatter and laughter, some tinged with desperation, spilled from inside the dancehall. Anything to forget the horrid war for a few short hours. Margo paused on the threshold with her two friends, letting her eyes adjust to the brighter light after the blackout conditions on the street outside. 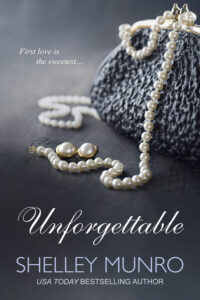 “Lots of soldiers,” June, one of her Women’s Auxiliary Air Force or WAAF friends, said after scanning the room. They checked their coats into the cloakroom. “I hope we’re not too late and all the good dancers are taken.”

“Ooh, flyboys,” Caroline said, a gleam of excitement lighting her eyes when she spied the blue uniforms.

Margo laughed. “Thank goodness men aren’t rationed. Otherwise we would be in trouble.”

“Good men are so scarce, they might as well issue ration coupons. It’s all right for you,” June said. “You’re engaged.”

Margo straightened the smart blue jacket of her uniform. Absentmindedly, she twirled the ring on her left hand. Two years ago none of them would have considered attending a dance dressed like this, let alone without an escort. The war had changed everything. It had certainly changed her life.

“Come on, Margo! Stop fiddling with that ring. Let’s dance.” June’s excited smile lit up her plain face, taking it to beautiful.

Engaged. Margo couldn’t believe she’d actually said yes to Peter. She didn’t love him as a wife should love a husband. What she felt was more friendship, which wasn’t the same thing at all. The backs of her eyes stung suddenly and Margo blinked rapidly.

Her slim frame tensed as Johnnie’s image slipped into her mind. His short dark hair with its rebellious curl. His serious brown eyes. She could almost feel his strong muscular body and the way his muscles rippled beneath her hands when they’d stood close and danced. And his smile, the one that made her insides twist and melt and long for his touch, his kiss. Her breath eased out on a depressed sigh, her mind returning to Peter. Blond where Johnnie was dark. As different as the blackout conditions of the night were from the bright sunlight of a summer’s day. The engagement had made her parents happy. Peter’s parents were ecstatic. Even Peter appeared excited. Margo was having trouble summoning the same joy when it felt as though her life were running out of control. Friendship was no basis for a marriage, despite how happy it had made their parents. Following her friends through the press of bodies, she gave the gold diamond ring one last self-conscious twirl.

It was still Johnnie.

“New Zealander Shelley Munro has penned a winner in this lyrical short story about star-crossed lovers… This is romance in the truest sense of the word set against the horrors and intensity of wartime. I highly recommend reading this story, you’re sure to find it Unforgettable.”
~ 5 Stars, JERR

“This book is not your cookie-cutter war story, but I can guarantee that you will love this 20th century historical.”
~ 5 Hearts, The Romance Studio