Bushwalking in the Waitakere, Auckland

This year I’m trying to do some of the things I’ve thought about doing for years but haven’t got around to for one reason or another. Last week I took time out from writing to do some bushwalking with author friend Tessa Radley. We joined a group walk that left from Cascade Kauri in the Waitakere. I haven’t really visited this area in the west of Auckland before, but managed to do a creditable job of map reading to the meet area.

We were a small group of seven with varying levels of fitness. Once we left the car park—we were informed three bus loads of kids were due to arrive at any moment for a camp—the bush surrounded us, and it became quiet and peaceful.

This area is known for its kauri trees. Although I’ve seen kauri trees before and have visited the largest one in New Zealand, Tane Mahuta, I haven’t seen a forest of them before. The kauri were prized by settlers for their timber and also the gum they produce. Large forested areas were cleared, but luckily this area was turned into a reserve. 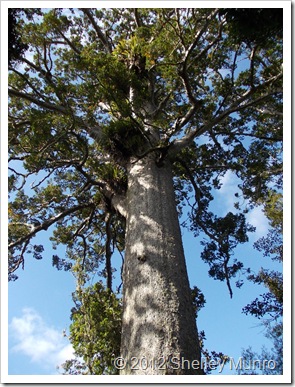 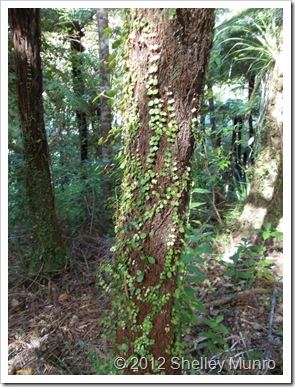 The walking tracks come in various levels. Some are easy and suitable for pushchairs while others have huge steps that challenged my long legs and paths full of treacherous roots and mud. We took our time, watching birds and identifying various trees, plants and seeds. 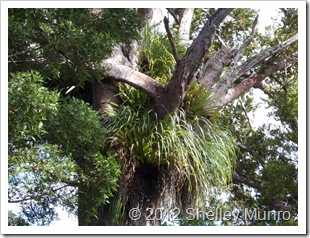 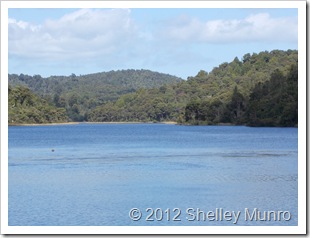 After about two hours walking, we reached the Waitakere Reservoir where we took a break for lunch. The view was gorgeous from the bottom of the dam—trees and green as far as the eye could see. 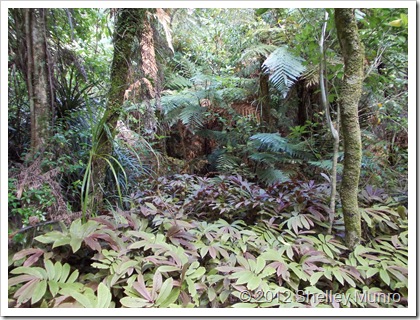 Our return walk was via a different route. We were almost back and walking on a flat gravel path when I saw a fantail flitting above our heads. “Look at the fantail,” I said to Tessa. I opened my mouth about to tell her she was really close to the edge of the bank when over she went. I grabbed her daypack and stopped her from rolling further down the bank and hitting her head on the trees, but she sprained her ankle and pulled muscles. A terrible end to a great day, but she assures me she’s all right now and is ready to go on another walk next month.