13 Facts About the Tower of London

If you’re a tourist in London chances are you’ll spend some time at the Tower of London. I’ve wandered through the tower, gawked at the crown jewels and checked out the ravens and beefeaters. It’s a place that breathes and sighs history.

Thirteen Facts About the Tower of London

1. The Tower was originally build by William the Conqueror and used as a palace and fortress.

2. It was never supposed to be a prison, but the inhabitants discovered that the fortress kept people in as well as keeping people out.

3. During World War II the tower was used to house prisoners of war.

4. Ravens have always been kept at the tower. At least six ravens are kept and they’re replaced if they die. It’s said if the ravens leave the tower bad luck will arrive. 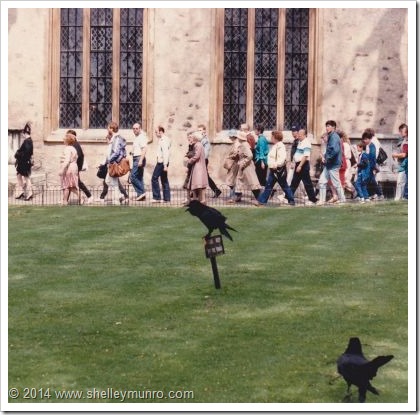 5. The Tower of London is home to the crown jewels and has been for centuries.

6. Every night at 9:53 pm the ceremony of the keys takes place where the Queen’s Guards and the Chief Yeoman Warder lock all the gates.

8. Only 22 executions have taken place inside the Tower of London. Most took place at nearby Tower Hill.

10. The Tower housed the royal menagerie, which included lions, an elephant and a polar bear. The polar bear was allowed to hunt for fish in the Thames while on a leash.

11. The Duke of Wellington closed the menagerie in 1853. The animals became the first in the London zoo, which is in Regent’s Park.

12. Several ghosts haunt the tower, including Anne Boleyn, Henry VI, Lady Jane Grey, the Princes in the tower and a grizzly bear. I didn’t see any of these during my visit.

13. The Tower has been a tourist destination since Elizabethan times.

Have you visited the Tower? If not, what would you like to see?

← The Forensic Dentist Love and Weddings →