During our recent visit to Great Britain, we stayed in Southampton and did a day trip to Winchester. These are both places with Jane Austen connections, and as a writer I was intrigued.

After Jane’s father died, the family had to move to Southampton for financial reasons. Jane, her sister and mother moved in with a married son. We stayed at the Dolphin hotel in Southampton, which is where Jane reportedly went dancing. Jane Austen’s 21st birthday party was held in the ballroom at this hotel. We also wandered along the city wall promenade where Jane Austen walked with her family. 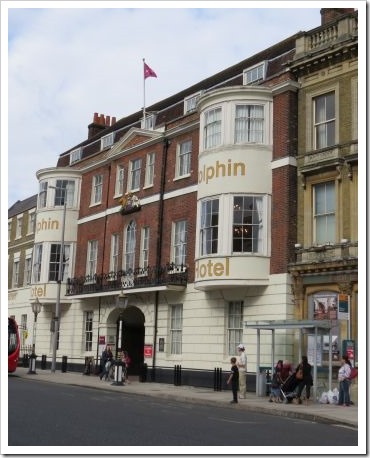 Jane lived in Chawton, Alton from 1809 to 1817 with her mother, her sister Cassandra and a friend Martha Lloyd. Jane became ill with a mystery disease (some sources say it was her kidneys) and Cassandra and Jane traveled to Winchester in order to receive better medical treatment. They stayed in a Castle Street house (currently a private residence) and Jane died at age 41 on 18 July 1817. 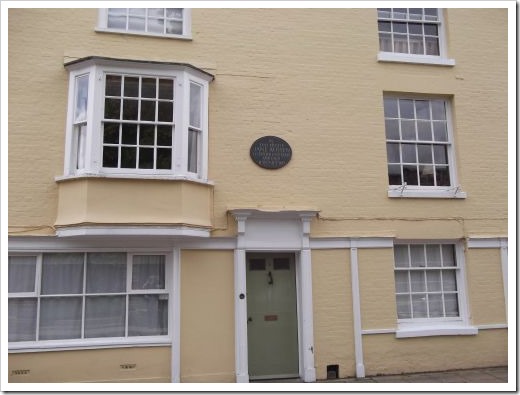 Jane was laid to rest at the Winchester cathedral. Her memorial stone doesn’t mention her writing and a brass plaque was added in 1872 to rectify this shortcoming. 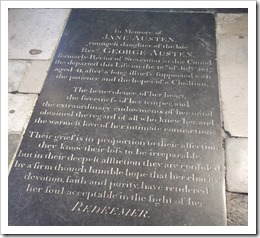 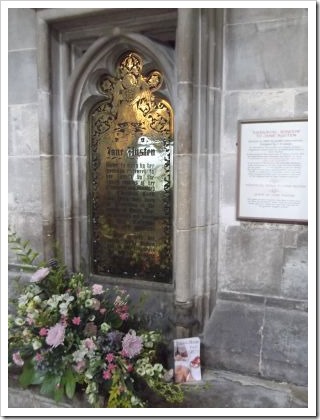 There are lots of Jane Austen landmarks in Winchester and the surrounding Hampshire countryside. I visited only a few, given my limited time, but it was a pleasure and a privilege walking in Jane’s footsteps.

Are you a Jane Austen fan?