I love eating fresh tomatoes. Actually, I love eating tomatoes full stop, and I’m eating a lot at present. Often my lunch will be sliced tomato on toast with lots of fresh ground black pepper. 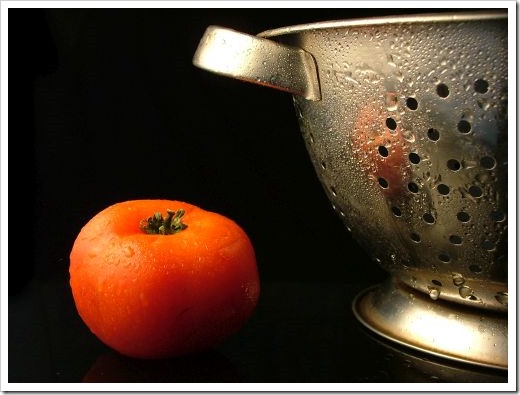 1. Tomatoes originated in the Andes, around the area of modern day Peru.

2. Botanists categorize the tomato as a fruit rather than a vegetable because it grows from a flowering plant and contains seeds.

3. China is the largest producer of tomatoes, followed by the US and India.

4. There are around 7500 different varieties grown worldwide.

5. They are rich in lycopene, an antioxidant that’s great for the heart and effective in fighting some types of cancer.

7. The town of Bunol hosts the world’s largest tomato fight.

8. Tomatoes are members of the deadly nightshade family.

10. The first cultivated tomatoes were yellow and the size of the cherry. They became known as golden apples.

11. When tomatoes first arrived in Europe they were also called Peruvian apples.

12. Elizabethans thought the red color signified danger and that they were poisonous.

13. Most of the tomato scent comes from the leaves and the stem rather than the fruit, which is why vine tomatoes have a stronger aroma.

Are you a fan of tomatoes? Do you like them raw or cooked best?