Things have been chaotic at my house during the past week. I’ve been trying to write while hubby has been at home, due to his ladder fall. Thankfully, I managed to make my deadline, although I had to escape to a cafe for two days. Seized & Seduced, my manuscript, is now with my editor, and I moved on to the next project. Below is the cover for Best Man, which is a rerelease. 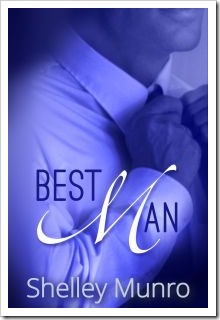 This is the blurb:

A society wedding—the celebration brings both joy and regret for groomsman Jesse Peters. Jesse wishes things were different and his dreams of becoming a professional rugby player didn’t come between him and fellow groomsman and rugby teammate Grayson Lynford, the man he craves and has secretly lusted after for months.

One chance encounter and everything changes—hot, steamy lovin’, blistering passion and primal heat. Hunger between Jesse and Grayson blazes searing and intense. A future seems possible until reality intrudes and threatens to destroy Jesse’s relationship with the best man he’s ever found.

The buy links should be live soon.

Tomorrow I’m off to a genealogy talk about English Parish churches at the central Auckland library.