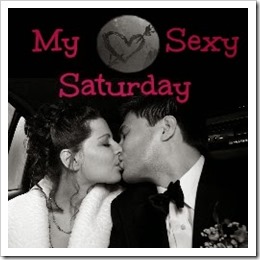 We all know that love happens and we want to know all about those special moments where those entities realize there is an emotional bond between one another. It can happen on an average day, during the night, in the middle of a zombie invasion or maybe a place where it’s hard to tell the day from the night like in a submarine or deep in space. The one thing we do know it’s going to be hot…hot…HOT!

This week I’m featuring an upcoming release, Janaya, which is book one in my Alien Encounter series. It’s currently available for pre-order as part of the Sing a Song of the Stars bundle.

This scene takes place just after Janaya and her aunt have crashed and they meet Luke, an Earth cop.

“Hello there.” The man’s voice slid across her skin like soft, satiny monterey petals, drawing her body tight with unexpected sensual need. Fascinated by the Earthman, her gaze drifted down to the column of tanned flesh showing in the V of his blue shirt. An urgent need to slide her tongue across the same path her gaze had taken gripped her mind. She took half a step forward to complete the action before her brain jerked into gear then screeched to an appalled halt. A soft choking noise drew her gaze northward to gleaming dark brown eyes. Hot eyes that simmered with an answering passion.

Janaya took another half a step to close the distance between them.

“Down, girl,” her aunt murmured, placing one bony hand on her arm in warning.

The clear transparency with which her aunt saw her need brought a blush of hot color to her cheeks and that too, flowed down her body, converging in one achy spot.

Janaya opened her mouth but all that emerged was an undignified croak. Instead of interrogating him, her mind drifted to wonder what his dark hair would feel like as it slid between her fingers, if the passion that arced in the air between them would translate to hot, uninhibited mating. There had to be more to the process than what she’d discovered so far with Santana.

Aware of his laughing eyes scanning her face, her body, Janaya tried to dislodge the huge lump in her throat with a dry swallow. The throbbing silence stretched. Luckily, her aunt came to the rescue interrupting her frantic thoughts by taking the initiative.

“Good afternoon,” she chirped. “And it’s a great one, too. I’m Hinekiri Jones. And this is my niece, Janaya Smith.” 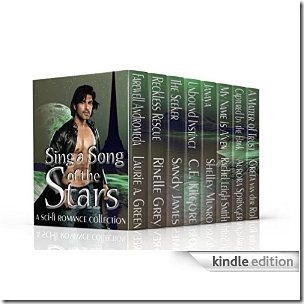 Book 1 in the Alien Encounter series.

Janaya is a bodyguard on a mission. She must protect her Aunt Hinekiri from mercenaries and return to Dalcon in time to take her captain’s exam. A simple assignment for an officer of her caliber—except nothing goes as planned. Their spaceship crash-lands on Earth. No spare parts available. Big problem

Janaya is stuck on a tiny outpost called New Zealand. She’s going to bungle her promotion chances. And because she neglected to have her travel inoculations in her urgent hurry to protect her aunt, Janaya has bonded with an Earthman.

Police officer Luke Morgan seeks a quiet life. No press. No nosy reporters. No women. Just lots of fishing and fresh country air. He doesn’t count on meeting a pair of aliens and a talking dog or participating in a shootout with purple-suited aliens. Nor does he expect the surge of lust he experiences for Janaya. Suddenly a routine callout turns into a big problem that Luke suspects might only be the tip of the iceberg.

Pre-order for 99c Sing a Song of the Stars

To read more My Sexy Saturday snippets follow the links below: