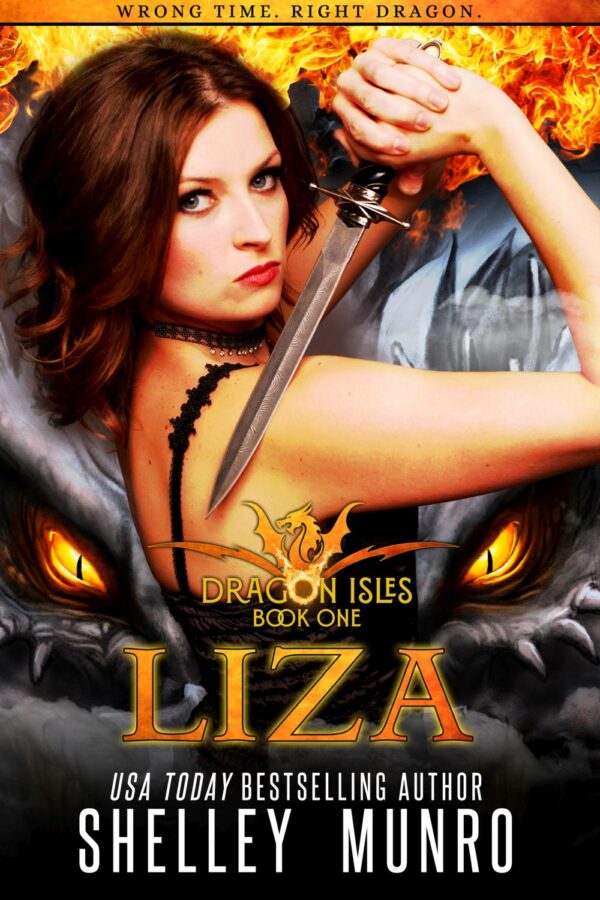 The encounter shouldn’t have occurred, and the dragon species must battle the consequences.

Elizabeth Carrington: single-mother with a daughter and an obnoxious ex who refuses to leave without a chunk of her inheritance. An aspiring writer, she glimpses the unbelievable during a research trip, and when she awakens after the resulting car crash, she isn’t in England any longer. Not that she understands this calamity, because a knock to the head has stripped her memories. She is a woman with no past and no perception of dragons or their danger to her.

Dragon shifter Leonidas, Champion of the Skies, is the youngest son, and his parents have arranged a betrothal for him with Nan, The Strongminded. He rejects this betrothal his parents insist will bring peace and cement bonds between the Dragon Isles.

Once Liza crashes into Leo’s life, everything changes. While his family, friends, and neighbors are baying for her death, instinct propels Leo to protect this attractive stranger.

Their friendship deepens from respect to love as they attempt to discover how and why they met. What they learn will rip apart the dragon world and propel the inhabitants of the Dragon Isles into an unknown future.

You will love this first book in the Dragon Isles trilogy because it introduces a courageous and sexy dragon, a feisty human battler, and a new world full of mystery, magic, and mayhem. Plus one or two dragon-caused infernos when tempers race out of control. 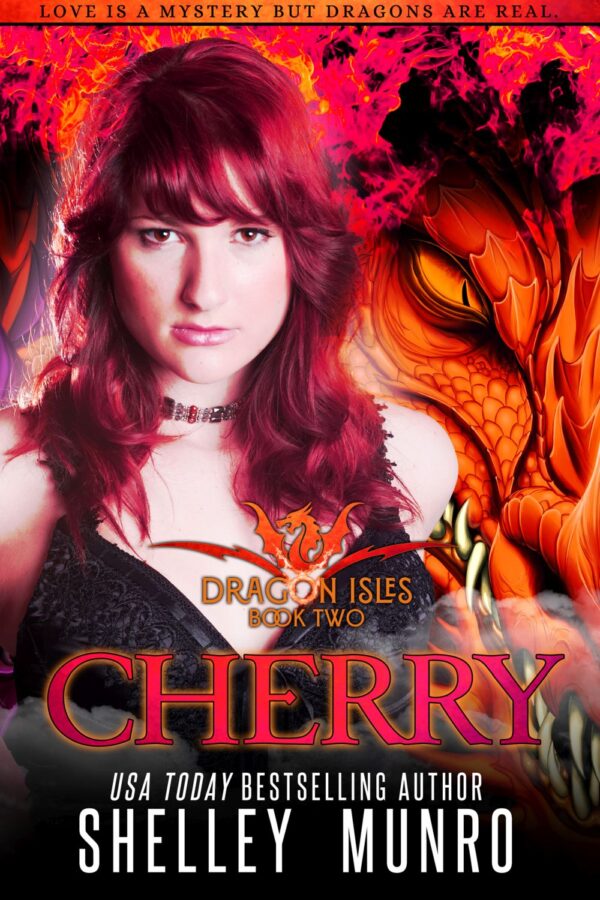 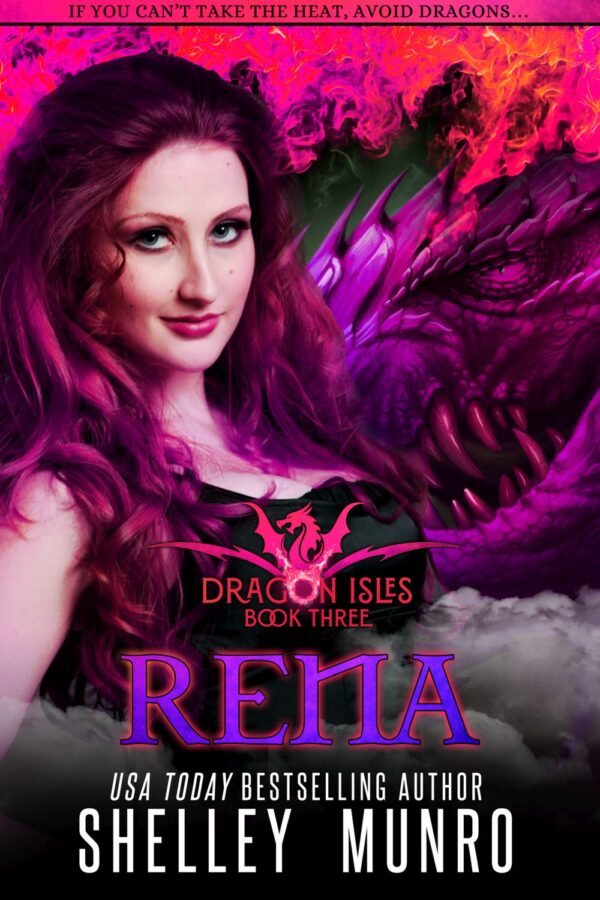 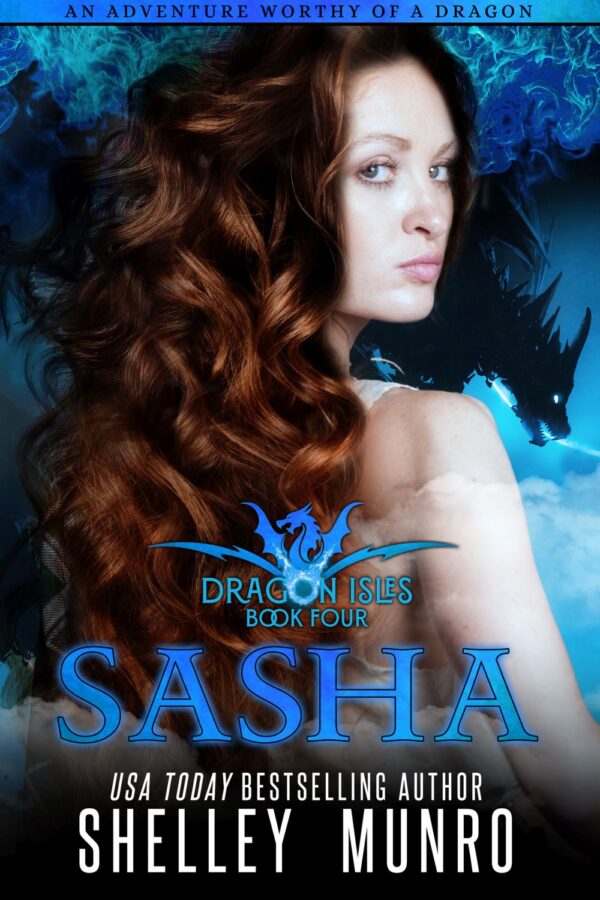 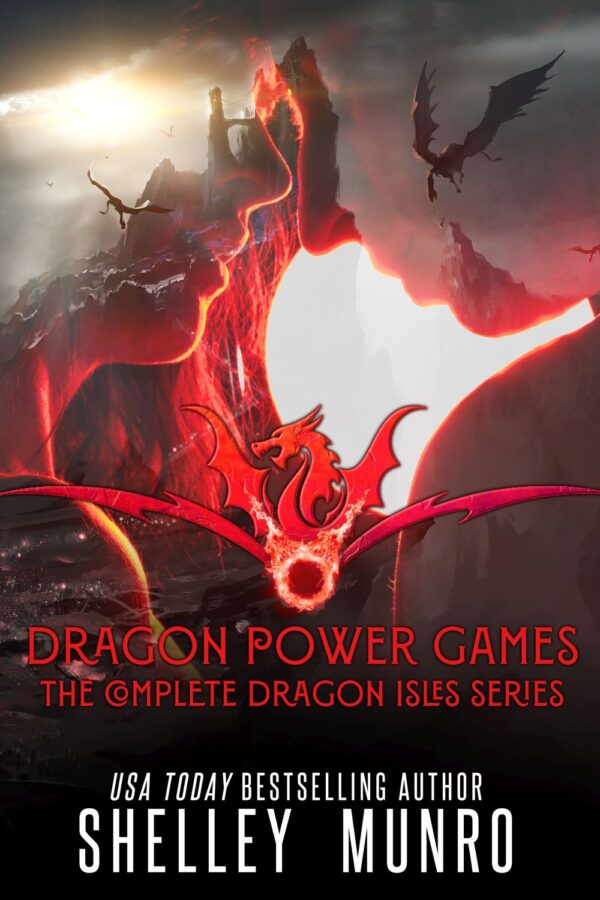 Since the afternoon was sunny, she’d rolled down the roof of her sporty Mazda and drove with the wind whipping her ponytail and an enormous smile on her face. She belted out the words of an old rock ballad about a lover who’d shaken her world the entire night long. 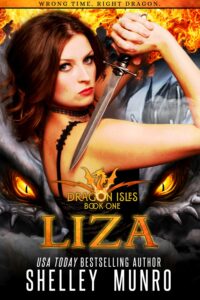 Halfway through the chorus, her phone rang, and she ceased singing to answer the call using hands-free.

“Liza, it’s Cherry. Are you driving?”

“I am, but the hands-free is working fine. My research visit took longer than I’d hoped. Can you still collect Joanna from school? If you’re busy, I can get Rena to meet her for me.”

Her younger half-sister enjoyed time with Joanna. Meeting Rena had been the second magnificent thing to come from her move to the UK. Family was important to Liza, and she wanted this support for her daughter. Here in England, she had her father, a half-sister, and in Cherry, a loyal friend. She also had a psychotic husband who refused to release her from their marriage and wanted interaction with Joanna, not because he loved his daughter, but because he thrived on harassing Liza for daring to grow a spine and leave him.

“What?” Liza demanded, her warning antenna alerting her to trouble.

“Tony rang the school and informed them you’d agreed to let him pick up Joanna after classes finished. Joanna told the headmistress this wasn’t true, and that you were doing book research today.” When she spoke again, Liza heard her friend’s admiration. “Joanna told them Liza had authorized Cherry and Rena to take her home, and the headmistress should ring us to confirm. She got hold of Rena first.”

“Popsicles,” Liza muttered instead of a more suitable pithy Anglo-Saxon curse. She tried to keep her swearing down on account of her daughter. “I’m still an hour from home.”

“Rena and I have got this. We’re both collecting Joanna, and the headmistress agreed to let us wait in the staff car park. We should avoid Tony since he’ll be loitering out the front with the other parents.”

“Thank you.” Liza gripped the steering wheel, her gaze on the road while her mind struggled with a way to get rid of Tony Richards, short of paying him off. “I hate that you and Rena are getting dragged into this mess.”

“That’s what friends and sisters do.” Cherry’s airy reply raised gratitude in Liza. “Rena suggested we fashion a doll in the image of Tony and stick pins in it.”

Liza barked out a laugh as she scanned the glorious beach to her left with its white stretch of sand and the rocky cliffs. The road followed the line of the cliff, and on this portion, a guardrail created a protective, if somewhat flimsy barrier. She drove up a hill, and the panorama from the top stole her breath. Blue sea. Blue sky. She could still see the abbey ruins. The odd white cap on the waves. A boat. Probably a cargo ship heading to Dover or another port on this coast.

“Cherry, we should drive up here for a weekend and visit Lindisfarne. It’s gorgeous here today. I have the top down.”

“Lindisfarne? The island with the abbey? Holy Island? Rena was muttering something about weird dreams and robe-wearing monks when I spoke to her earlier.”

“Monks?” Liza chuckled. “Give me a naked sex dream anytime. Robed figures sound creepy. Oh, Cherry. You should see the view. Not a cloud in the sky. It’s a dazzling blue that’s too exquisite to describe. The air is fresh with the tang of the sea.”

“You love your bookstore,” Liza countered.

Cherry’s chuckle rolled from her, and Liza grinned in concert.

The air took on a strange shimmer that grabbed her attention. She gaped, her smile fading. The atmosphere resembled fabric, and it was ripping. A giant green head stabbed through the shimmer.

Liza gasped, trying to make sense of what she was seeing. The air-fabric ripped further to expose a colossal body. Wings. Talons. Red eyes.

And they were staring at her.

A shocked cry forced up her tight throat.

Liza continued to stare until the jolt of her car jerked her back to the present. She’d driven off the road. Before she could correct her steering, her vehicle collided with the protective barrier. She screamed and fought the wheel, struggling to return to the tarmac, but it was too late. Her car flipped, and the last thing she heard was Cherry’s frantic shouts, demanding to know what was happening.

The airbag exploded, jamming her against the seat. She screamed again as her car flew over the edge of the cliff. A glimpse of green snagged her attention. Huh! Something was very wrong with her eyes.

That was a dragon.

The creature darted past her car and disappeared because the airbag blocked her gaze.

Then her car struck the sea—the sound explosive and the collision shocking her from head to toe. Her head smashed against the car side as she struggled to release the seatbelt. The airbag held her fast, and the car began to sink.

Her last thought before blackness claimed her was that she didn’t want to die. Dragons existed, and she wanted a New York Times bestseller, dammit.