F is for Fishing 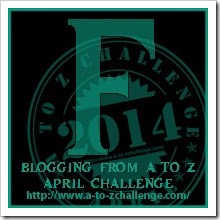 New Zealanders love their boats and fishing. Fishing is a reasonably cheap activity since you don’t need a licence, except if you want to fish for fresh-water fish such as trout.

My husband’s family are all very keen fishermen. Me—not so much. I think the sport is cruel and I always feel very sorry for the fish. Not that my feelings stop hubby’s interest in the hobby. He goes out as often as he can. All of these photos were taken on the Hauraki Gulf, not far from Auckland. 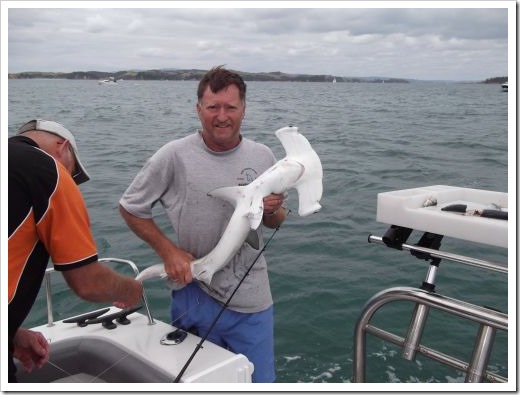 This is a hammerhead shark, and it was released after this photo was taken. 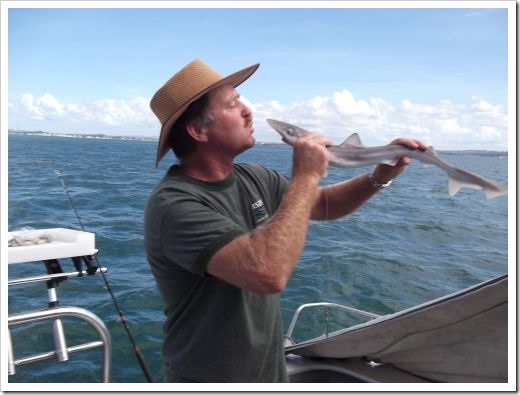 Another shark—a different variety this time—released again after the photo. 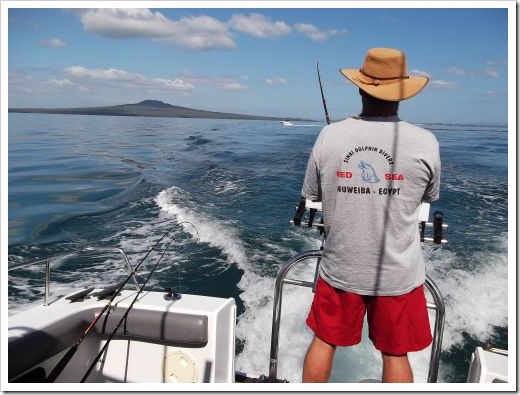 Busy fishing. The island in the background is the dormant volcano, Rangitoto. It’s an Auckland landmark. 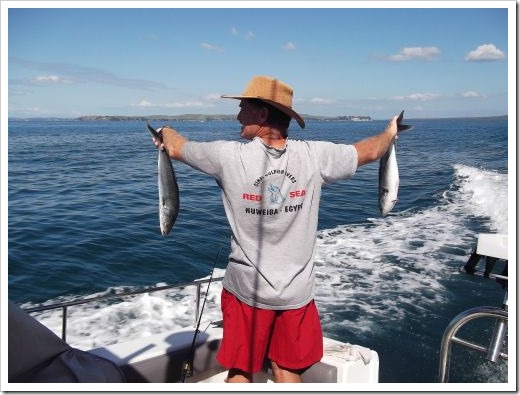 Hubby with some of his catch. 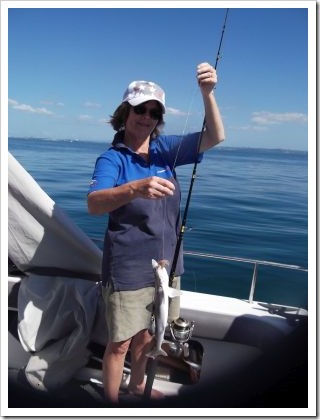 And my sister-in-law with her catch.

← E is for Earthquake H is for Haka →