The fairy tale of Cinderella is one of my favorites, and over the years, many authors have taken the tale and given it their own twist. It’s a romantic tale with a handsome prince, a beautiful heroine, a villain and the traditional happy ending. 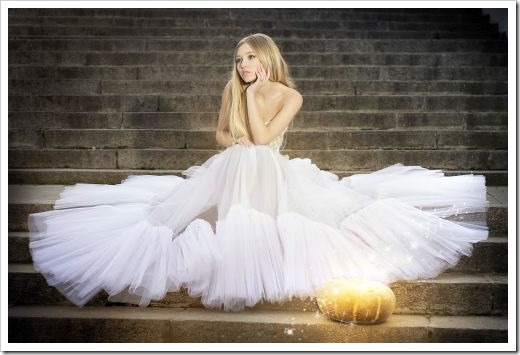 Here are Thirteen Cinderella romances for you to try.

1. Fooling Around with Cinderella by Stacey Juba – What happens when the glass slippers pinch Cinderella’s toes? A blend of sweet romance, chick lit and fairy tale fun.

2. Spellbound Cinderella by Angela Ford – If you had your dream body for only 24 hours… What would you do? One magical pendant gives Tess one wish to use before the clock strikes twelve.

3. Before Midnight by Jennifer Blackstream – a twisted tale of a maiden cursed to be a loup garou and the werewolf prince whose fate lies in her hands.

4. The Cinderella Princess by Melissa McClone – A scandal-ridden prince must marry a royal if he doesn’t want to be disowned, but he falls for the American sent to find him a princess bride.

5. Amish Cinderella by Rachel Stoltzfus – Set in a whimsical Lancaster County of fantastic possibility grounded in strong Christian values, sixteen-year-old Amish orphan Ella faces constant abuse as she struggles to do all of her own chores as well as those of her two older cousins.

6. Cinder by Marissa Meyer – a gifted mechanic in New Beijing and also a cyborg. She’s reviled by her stepmother and blamed for her stepsister’s sudden illness. But when her life becomes entwined with the handsome Prince Kai’s, she finds herself at the centre of a violent struggle between the desires of an evil queen – and a dangerous temptation.

7. Savage Cinderella by P J Sharon – Kidnapped and left for dead, Brinn Hathaway survives for years in the wild, only to be drawn out of hiding by a young nature photographer who steals her heart. Now, Brinn must decide if coming out of hiding is worth the hope—and the danger—that may await her.

8. Pumpkin: A Cindermama Story by Ines Johnson – Having given up on fairytales after falling for her toad of an ex, Pumpkin is afraid to take a chance on town royalty Manny who believes she may be his soulmate.

9. Nobody’s Cinderella by Joan Reeves – A lie and a wish on a Christmas star…uh oh! This Cinderella should have been careful what she wished for!

10. If the Slipper Fits by Olivia Drake – Raised in a girls’ school, Annabelle Quinn longs for the world outside the walls of the academy. When she’s hired as the governess to an orphaned duke, Annabelle never expects the child’s breathtakingly handsome guardian to capture her imagination—or her heart.

11. The Cinderella Debutante by Elizabeth Hanbury- Lucy Sinclair’s London Season was cut short by tragedy. Now, five years later, she is returning but only in the shadow of her lovely step-sister. Belinda is determined to catch a titled husband and Alex, Lord Devlyn fits the bill perfectly.

12. Wishful Thinking by Lynette Sofras – A struggling single mother and a pop-icon turned Hollywood star meet in unusual circumstances. Fate drew them together, but the intrigue and trappings of stardom threaten to unravel love’s ties.

13. One Night of Misbehavior by Shelley Munro – He wears his scars on the outside. She keeps hers safe inside. Warning: Contains a conniving stepmother, selfish stepsisters, a grandmother with fairy godmother tendencies and a sexy masked man who is willing to face them all for the love of a good woman.

Do you enjoy Cinderella romances?